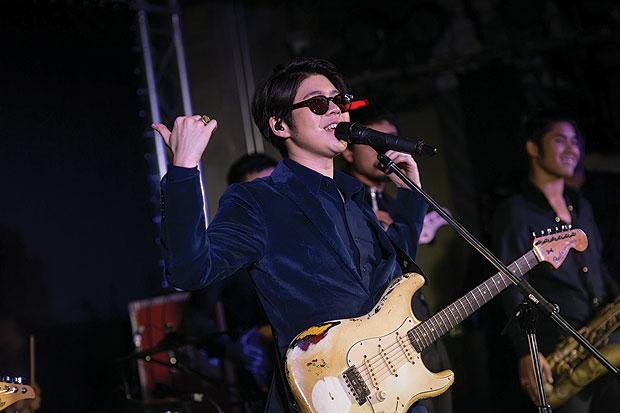 Singer-songwriter Chanakan Rattana-udom (Atom) is turning into a hit machine. With tracks such as “Please,” “Scar” and “Karma,” the 26-year-old has gradually risen to become one of the top singers on the White Music label. His latest hit, “Yah Bok (Don’t Tell),” is that last single to be released from his nine-track debut album, Cyantist.

The video for “Don’t Tell” has generated a lot of attention. In it, a couple are filmed having an argument. The angle makes it seem as if the girl is physically abused. After the video goes viral, the guy is criticised and attacked. But in the end, it’s revealed that he’s innocent and that he was framed. He can prove this but chooses not to. Although the song has proved very popular, many are unhappy with the video’s ending.

S Weekly caught up with Atom to talk about his music, working with Bird Thongchai and the reactions to his latest video. At WhiteHaus Concert II: 4 Chairs, you did a routine with dancers for the first time. How did it go?

Atom: I rehearsed a lot, so it was OK. But I can’t dance very well - not like Peck Palitchoke.

How did you come up with the album title, Cyantist?

Atom: I was inspired by the movie, Blue Is the Warmest Colour. The songs on the album are sad, like the blues, and writing a song is like doing an experiment. So I combined the words cyan and scientist.

Many people have criticised the ending to the video for “Don’t Tell.” What are your thoughts on it?

Atom: The girl intentionally misleads other people and it causes an innocent person to be victimised. But if he tries to get back at her, the problem won’t be solved. I think it’s a good ending. We should learn to let things go.

Have you ever posted about your own problems online?

Atom: No. I try to say something thoughtful or share interesting quotes. I don’t like to post any personal stuff. If I have something to discuss, I prefer to talk face-to-face with friends.

How did you come up with the idea for the song, “Old Car”?

Atom: The idea came to me while I was driving a very old car. I thought about cars and relationships. The song is about a girl who breaks up with her boyfriend who owns an old car in order to date with a guy with a new car. 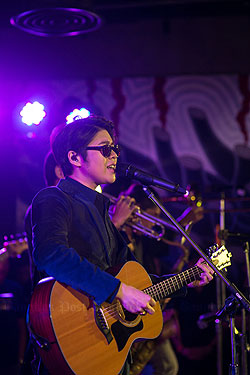 What was it like to work with Bird Thongchai?

Atom: It was a thrilling experience. I never thought I’d get the chance to work with him. He's laid-back and friendly. I really admire his energy. You can really see the enthusiasm in his eyes and hear it in his voice.

Can you tell us a bit about the song you sang with him?

Atom: It’s called, “Kwa Chakawan (More Than the Universe).” It’s an upbeat pop song that I wrote when I was in university. It’s rare for me to write positive songs. When I met Bird, I could feel his positive energy. So I felt that he was perfect for the song.

Many people online have commented that they know your songs, but don’t recognise you. How do you feel about that?

Atom: I think that’s good for a songwriter. I’d rather have people know my songs and not recognise me than the other way around. I’m selling my music, not my looks. 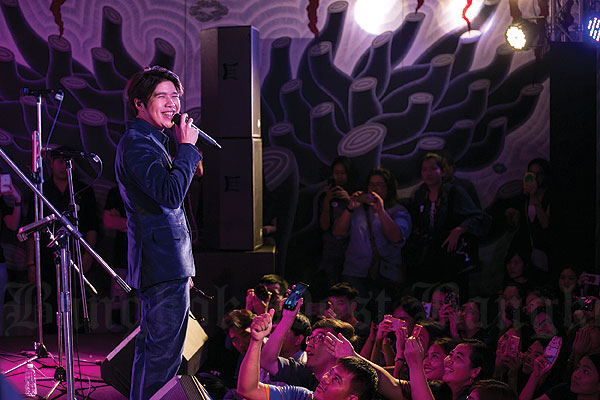 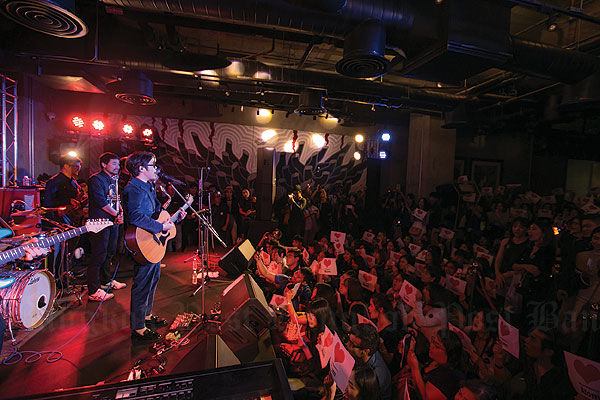 abuse : cruel, violent tor unfair treatment, especially of someone who does not have the power to prevent it -

abuse : to use or treat someone or something wrongly or badly, especially in a way that is to your own advantage - ใช้ในทางที่ผิด

enthusiasm : the feeling of being very interested in something or excited by it - ความกระตือรือร้น

frame : to make someone seem guilty of a crime when they are not, for example by lying to the police or by producing false evidence - ใส่ร้ายปรักปรำผู้บริสุทธิ์

mislead : to make someone believe something that is incorrect or not true - ชักนำไปในทางที่ผิด