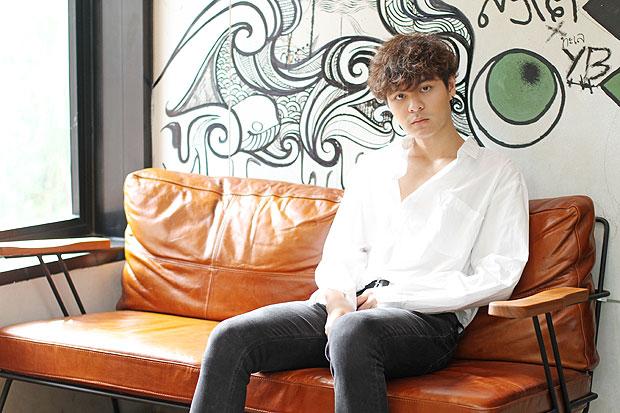 Photos by Varuth Hirunyatheb and courtesy of What the Duck

For rising pop star Toy, these are exciting times.

Better known by his stage-name The Toys, the talented young musician Thanwa Boonsoongnern (Toy) scored a massive hit last year with “Gon Ruedoo Fon (Before the Rainy Season).” In 2018, he’s hoping for even greater success.

It’s been a busy start to the year. Toy released two brand new singles - “Toy” and “04:00” - on January 24 and 25. This was followed by his first mini-concert and fan meeting, entitled Once Upon The Toys, on January 28 at Groove, CentralWorld. Right now, the future looks rosy.

S Weekly met up with Toy at What the Duck headquarters to talk about his new music, songwriting and playing live. Why did you decide to release two singles at the same time?

Toy: I’m always writing songs. I’ve written maybe a hundred so far, so I’ve quite a stock. When the label tell me it’s time for a new single, I usually just pull one from my archive. But this time I couldn’t decide between two songs, so I decided to release them both together.

With so many songs to choose from, how do you decide which to release?

Toy: Sometimes I have to think carefully. I’ll see what sort of song the label and fans want to hear from me. And I’ll look at the current music trends locally and internationally. But I normally know which of my songs are suitable at a particular time. Some suit the rainy season, some are summery, some are lonely and some are about love.

Can you tell us about the new singles?

Toy: “Toy” is a mix of rock and hip-hop, which is something that I haven’t done before. It’s about looking in the mirror and seeing who you really are. “04:00” is more of a typical pop song. It describes the feeling of waking up in the middle of the night and not being able to go back to sleep.

The songs sound quite different. Was this intentional?

Toy: Yes, I want to surprise people with my music. I like the idea of letting people think I play one style of music and then showing them that I can do other things as well. Are you a fan of rock music?

Toy: Yes, but I don’t usually play it, because I don’t think I have the voice for it. My voice is quite soft. So I make music that’s more natural for me to sing.

If you could collaborate with any artist, who would you choose and why?

Toy: I’d choose to work with Na from Polycat, because I really like his songwriting style.

How was the recent fan meeting and mini-concert?

Toy: It was fun. I played the new singles live for the first time. It was also my first chance to meet so many of my fans in person.

What are some of the best things about touring and performing?

Toy: I used to think that I didn’t want to be a singer, just a songwriter. I was very shy and didn’t think I could hold a mic and sing onstage. I didn’t understand why I needed to have a fan club or meet the fans. My experiences over the past year have changed all that. I’ve learned a lot. Now I realise that it’s not just about me. It’s also about sharing the experience with everybody - me, the band and all the fans. I’m enjoying it a lot more now.

archive : a collection or historical records or documents - ข้อมูลที่ได้มีการบันทึกไว้

collaborate : to work together with someone else - ร่วมมือ

stock : to collect large amounts of things that may be needed - เก็บสะสมไว้ใน

suit : to be right or good for somebody/something - เหมาะกับ

typical : happening in the usual way; showing what something is usually like - ตามแบบฉบับ, ตามปกติ