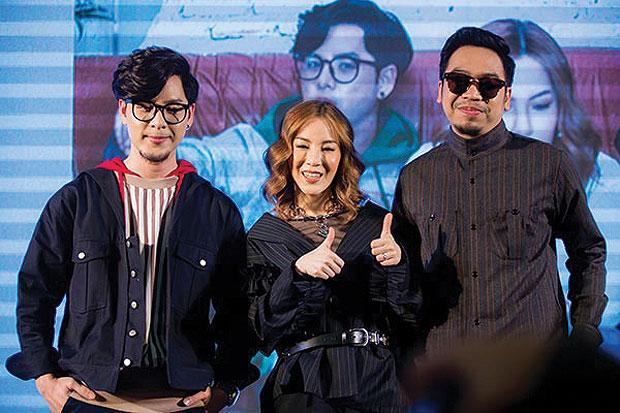 Room39 get ready to take to the stage.

It’s been eight years since the members of Room39 met in Los Angeles and decided to form a band. They started out uploading cover versions of popular songs onto YouTube. When their channel went viral, they caught the eye of top Thai producer Boyd Kosiyabong, who quickly signed them to his pop label LOVEiS.

Since then, the trio - Issara “Tom” Kitnitchi, Chutimon “Mon” Vichitrisadee and Olran “Wanyai” Chujai - have released two successful albums, Room39 and Restart, and a string of hit singles, including “Ra-bye Chaey Chaey (Just Expressing),” “Chan Tong Ku Kab Ther (I Belong to You),” “Chua-mong Tee Suay Ngam (The Beautiful Hour)” and "Kwam Jing (The Truth)," which has received more than 100 million views on YouTube.

Today, Room39 are one of the country’s biggest pop bands. So it was big news when they recently announced their first ever solo concert, The Truth in Room39, which will take place at Bitec, Bang Na on March 31.

S Weekly was at Central Court, CentralWorld recently, where the band was promoting the event. Here are some highlights from the question and answer session. 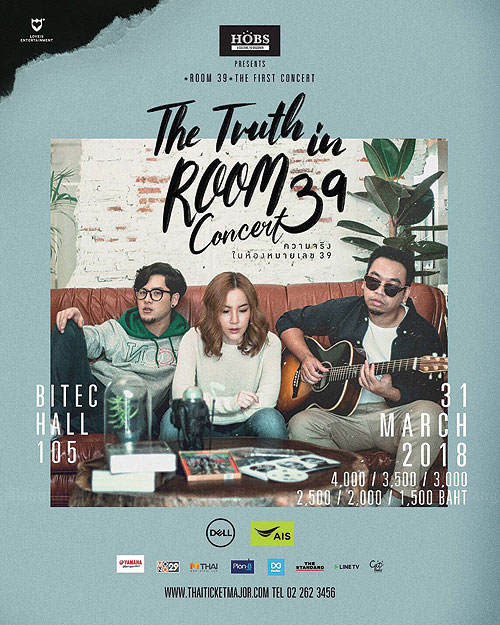 Why does Mon look different every time we see her?

Mon: Do you mean my face or are you referring to the ring on my finger? [Laughs.]

Tom: Mon got married earlier this year, so she’s still not over the happiness [Laughs].

What’s the meaning behind the title of your concert, The Truth in Room39?

Tom: This is the first time that we’ll have our own concert. Normally, we’re part of the bill at festivals or the opening act for other people’s concerts.

Wanyai: We’ll be telling our story, starting from when we formed the band in the US and apartment 39 where we used to jam together, which later became our band name. And there are so many more stories and secrets that people don’t know. We’ll reveal all at the show. 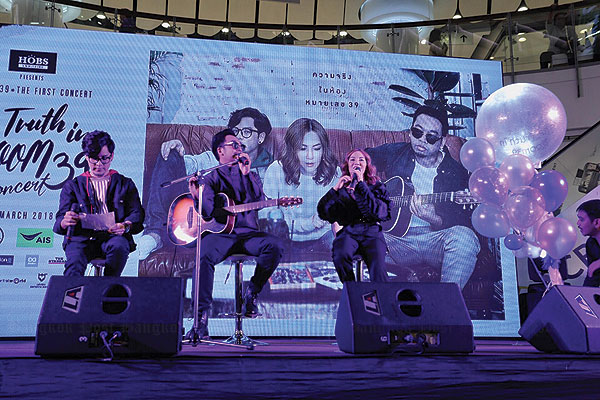 Can you share any of the secrets with the fans here?

Tom: OK, but it’s a bit embarrassing. People say that I’m short. Actually, I’m not. I just look short in photographs because I have bow legs.

Mon: There’s been a lot of discussion on the Internet about whether I’ve had plastic surgery. Yes, I have. I’ve had work done on my teeth and jaw. And I’ve had some Botox. [Laughs.] There’s nothing wrong with a woman looking after herself, right?

Wanyai: I often get asked why I wear sunglasses all the time. It’s because it has become my signature look. Sometimes people can’t recognise me when I take them off, which is weird. [Laughs.] I also found out not long ago that I’m colour-blind.

What can people look forward to at the concert?

Mon: If we tell you now, it will ruin the surprise.

Tom: All we can say is that there will be loads of guest acts joining us onstage. It will definitely be fun.

Wanyai: Of course, we’ve invited a bunch of people, but we’re not sure if they’ll show up. [Laughs.] 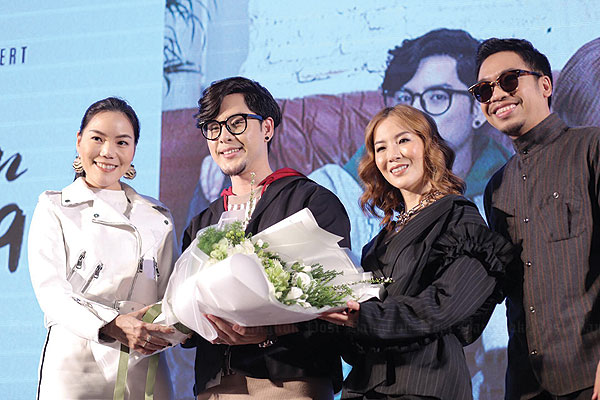 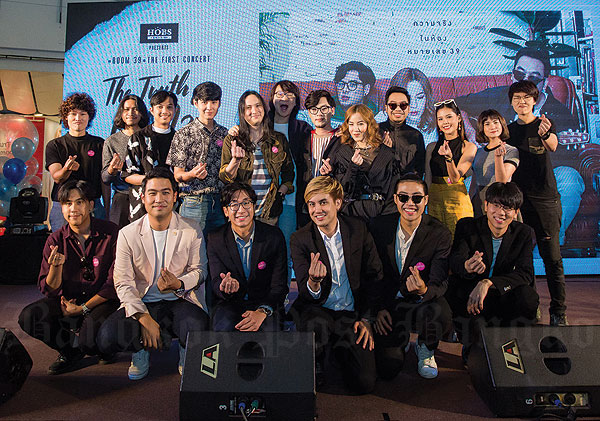 Click "play" to listen to The truth is out there and "Download" to keep this file for educational purpose.

bill (noun): a programme of entertainment at a concert -

Botox : a substance injected into the skin around somebody's eyes to make them look younger -

bow legs (noun): legs that curve out at the knees -

colour-blind (adj): unable to see the difference between some colours, especially red and green -

jam (verb): to play music with other musicians in an informal way without preparing or practising first -

refer to (ph v): to mention or speak about somebody or something -

ruin (verb): to spoil something -