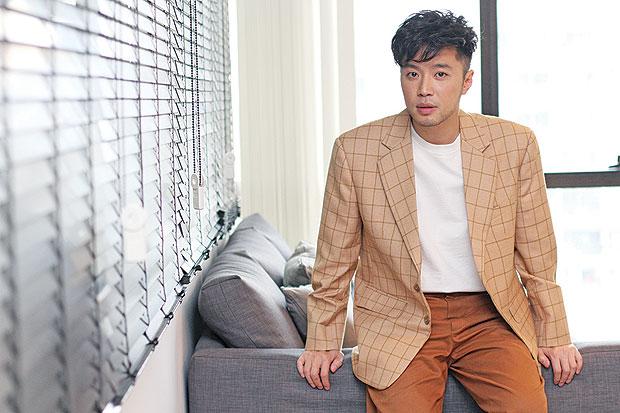 Bell Supol is back.

Supol Phuasirirak (Bell) has been a big name in the music business for more than a decade. The singer is best known for his pop hits “Mai Thammada (Extraordinary)” and “San Lan Natee (One Hundred Billion Minutes).” But after the release of “Secret Crush” in 2015, we didn’t hear from him for some time.

Bell decided that he wanted to do something different and worked hard to find a new sound. It took him almost a year to come up with the R&B single, “Tor Ra Man Tua Ang (Torturing Myself).” The song was the result of a collaboration with producer Ohm Puntapol from Cocktail and songwriter Toy Thanwa, better known as The Toys. Judging by the enthusiastic response on YouTube, it’s been well worth the wait.

S Weekly sat down with Bell at White Music where he told us about his latest single, music video and acting. 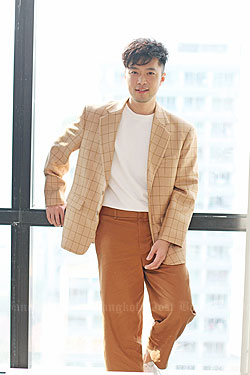 Why did it take you so long to release “Torturing Myself”?

Bell: I wanted to find a new sound. We experimented a lot. If we’d kept doing things using our old methods, it would’ve taken less time. But I didn’t want to do that. I wanted to have fun. I’m excited to have something different to show people, even though we took a risk.

Why did you ask The Toys to work with you?

Bell: Even after his breakthrough success with “Nah Nao Tee Laew (Last Winter),” people didn’t really know who he was. But his work was interesting and I like to work with new people. So I contacted him and asked him if he wanted to do something together. He came back with a demo for the song.

How did you come up with lyrics?

Bell: The Toys wrote the original version. His lyrics use the expression, “torturing myself.” I liked it and decided to keep it. Then, I wrote some new lyrics with Ohm. It’s a bitter-sweet song about an old relationship which is kind of forgotten but suddenly returns in a flashback.

Were you worried before releasing the song?

Bell: Of course. There’s always a fear that it isn’t good enough. And I was very worried that the song might not suit me. I’ve been in the music business for a while and people are familiar with my style. I have to make sure the song is the right fit.

What was it like filming the music video in Wang Takrai?

Bell: It was my first time making a video in the countryside. The location was beautiful, but it was cold because we were there in December. On set, we wore light clothing. As soon as we finished a scene, the crew would bring us blankets and hot water bottles to warm us up. The video has received very positive feedback, so it was worth it. 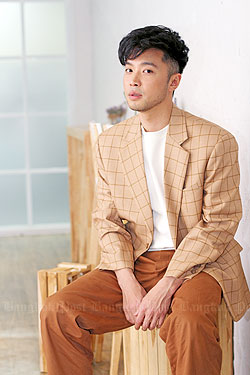 You used to be worried that you weren’t a great entertainer. Do you still feel this way?

Bell: I’m a lot less concerned about it now. At the end of the day, I don’t want to put too much pressure on myself. There are so many other things that you worry about as a singer. For example, you’re always stressed before a show. But you don’t want to show that while performing. You’re supposed to bring happiness to your audience.

What was it like to perform at the Thai Festival in Vietnam last year?

Bell: The audience was very nice. They knew Thai songs and TV dramas. I was excited to perform in a different country. They could sing along to “One Hundred Billion Minutes.”

You were a guest actor on the TV show Yes, I Do last year. How did that compare to acting in music videos?

Bell: It wasn’t that different. Doing music videos taught me how to act with my face. On the show, I had to concentrate on my lines and learn how to move. It was a great experience. I want to do more acting.

bitter-sweet : both sad and happy -

breakthrough : an achievement that comes after a lot of hard work - การพัฒนาหรือการค้นพบที่ยิ่งใหญ่, การบุกเข้าไปในแนวเขตของคู่ต่อสู้

concentrate (verb): to give most of your attention to one aim or activity - เพ่งความสนใจไปยัง  มุ่งไปที่

enthusiastic : very interested in something or excited about it - อย่างสนใจ กระตือรือร้น

flashback : a sudden, very clear, strong memory of something that happened in the past that is so real you feel that you are living through the experience again - ภาพย้อนหลัง

supposed to : expected or required to be; should be - ควรจะ, ควรจะเป็น