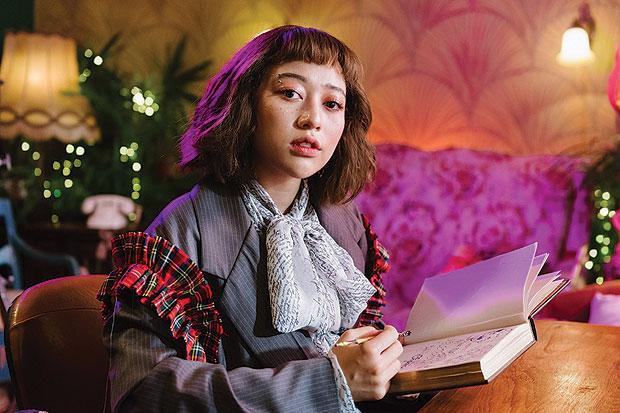 When Kamikaze shut down, many young Thai music fans wondered where their future idols would come from. But they didn’t have to worry. GMM Grammy’s subsidiary, MBO, stepped in to fill the gap. The young label is doing a great job of producing stars and hits.

One of MBO’s most exciting singers is Natthacha De Souza (Gena). Her singles “Drunk,” “MYB” and most recently “Lop (Delete)” have been very popular. With “Drunk” and “MYB,” she showed fans her cheerful side. But the new single “Delete” is different. It tells a story of a broken-hearted girl who wants to erase the memories of her former relationship.

S Weekly met up with the 21-year-old Gena to chat about her new song and video, tattoos and fashion. 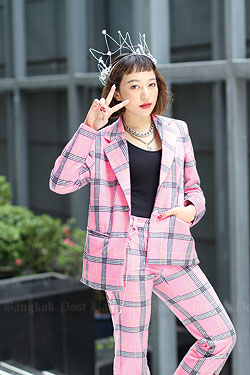 Is it true that you started taking singing lessons because of your cousin?

Gena: Yes. When I was young, I was very close to my cousin. She took singing lessons so I decided to take some as well. I found that I enjoyed it. I have to thank my friends who encouraged me to sing in front of other people. They told me that my voice is unique.

Was “Delete” inspired by your experience?

Gena: No. I don’t have any experiences similar to what happens in the song. But I wondered what it would be like to have a broken heart and whether it would be possible to completely forget your ex. I told the producer my idea and he developed the song.

What was the most difficult thing about making this song?

Gena: It has many long lines. I don’t have many chances to breathe. So it’s hard to sing, especially when I have to dance at the same time.

Why did you decide to have a video with a vintage theme?

Gena: I’ve wanted to have a retro video for a long time. But my first two songs were fun tracks and didn’t suit that theme. I thought it might work with this song. I told my music team how I thought the video should look in every detail, from the clothes to the locations to the mood.

Is there anything you would like to erase from the world?

Gena: Geckos. My mom told me that they don’t attack people because they’re afraid of us. But when I was little, one suddenly climbed up my leg. I think they’re scary because they’re unpredictable. 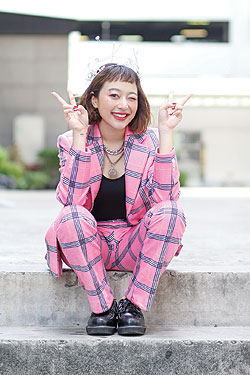 Your pet appeared in the video. Can you tell us about it?

Gena: His name is Gag and he’s a ferret. I had rabbits before, but they died. I wanted a pet that lives longer. I like ferrets because they’re cute and they don’t make loud noises like other pets. They’re very playful.

The couple in the video have the same tattoo. Would you ever get a matching tattoo?

Gena: Never. It’s fine to have matching tattoos when you love each other and are still together, but it’s awful after you break up.

But you do have tattoos, don’t you?

Gena: Yes. I have seven small tattoos. I like the first one the most. It’s a rabbit.

You’re up to date with fashion trends, but have you ever made any fashion mistakes?

Gena: No, but I don’t dress the same way as others. Girls ask me why I wear my socks up to knees or why I wear sneakers.

What should people who have no sense of fashion do to start dressing in a more interesting way?

Gena: You must figure out what kind of clothes you like. Don’t imitate other people’s styles because they change all the time. You should pick out things that you like. For example, if you see a girl with a beautiful shirt, then you can get that shirt and match it with your pants or skirt. This can help you develop your own style.

erase : to remove something completely - ลบ

gecko : a small lizard (= a type of reptile ) that lives in warm countries - ตุ๊กแก

imitate : to copy something - เลียนแบบ

mood : the way you feel at a particular time - อารมณ์

retro : using styles or fashions from the recent past - ย้อนหลัง

subsidiary : (of a business company) owned or controlled by another company - บริษัทในเครือ

unpredictable : changing often, in a way that is impossible to prepare for - ซึ่งทำนายไม่ถูก, ซึ่งคาดไม่ได้

vintage : old style from the past -