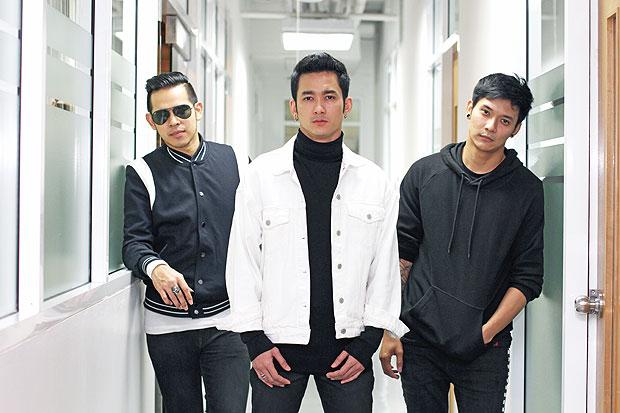 If you truly love somebody, how long would you wait for them? In many love stories, people say they’ll wait forever for the one they love to come back. But even though that might seem romantic, in reality it can be very painful.

Soft rock trio S.D.F - singer Nitinan Chantaradecha (Champ), guitarist Thapana Na Bangchang (Hack) and bassist Jirasak Faising (Tai) - have tried to capture that pain on their eighth single “Krub Ma Dai Mai (Please Come Back).” Released on May 7, it has attracted a lot of attention, in large part due to its controversial music video, which tells a tragic love story. Despite this, it has already attracted over three million views on YouTube.

S Weekly recently caught up with S.D.F at Grand Musik HQ to talk about their new single. 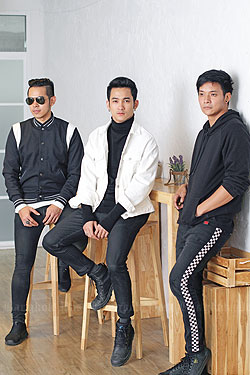 The band’s look has changed a lot. How would you describe your current style?

Champ: We've tried to improve our look since our last single, “Yindee Tee Dai Rak [Glad That I Loved You].” We’ve added a bit more colour, like blue and red, to look more up to date with fashion trends.

Hack: We've started wearing sweatshirts and denim jackets rather than the black leather jackets we always wore before. I guess we just got bored of our old look.

It seems like you release only one new song each year. Why?

Hack: It wasn’t our intention to have such big gaps between songs. But it takes time to write and record each song and try to perfect it. We’re also with a big label that has many artists waiting in line to release their songs as well.

Can you tell us about “Please Come Back”?

Champ: Like most S.D.F songs, it’s a rock ballad with simple lyrics. It’s about waiting for your lover to come back and forgive you for all the bad things you’ve done. It’s a song about regret.

Hack: It took us a while to finish recording. The first version had different lyrics and a different sound. It was much softer because we wanted it to be an easy-listening pop ballad. But after the label heard it, they said we should stick to our trademark rock sound.

Have you played the song live yet?

Hack: Yes. We played it at a gig just last week. The song has been out for a while though, so most of the audience could sing along already. It was great!

What’s your opinion of people who say they’ll wait forever for the one they love to return?

Hack: I can understand the feeling of heartbreak. It can be really painful to accept the fact that a relationship is over. The overwhelming emotions lead to people deciding to wait, even when there’s no hope. But the feeling should go away as time passes.

Champ: Many people think that waiting for the one you love to come back is the perfect expression of love. But you can get hurt so easily that way.

Tai: It’s OK if you can stand the pain. But love isn’t easy and there will always be challenges. Nobody should feel that they have to wait for somebody for months or years to finally decide to give them another chance. 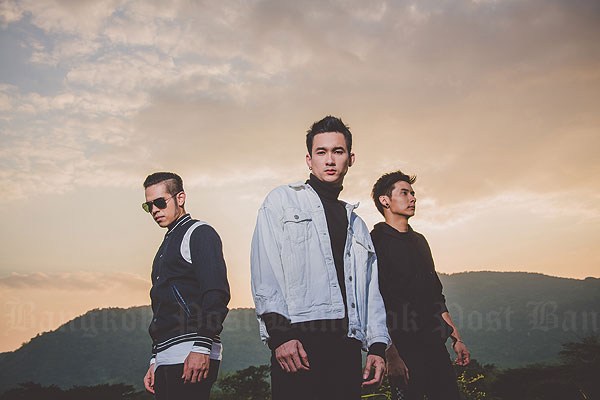 The video for “Please Come Back” involves the death of one of the characters. Why did you decide to make such a serious video?

Hack: Tom, the head of Grand Musik, came up with the idea. It’s a love story about two high school kids who are young and naive. It’s easy to make mistakes at that point in life.

Champ: We wanted it to have a big impact on the audience, especially young people. There’s a moral lesson in the video that wouldn’t have come across if it had a happy ending.

When can fans expect to hear a full album?

Champ: The album should be ready by the end of the year.

Hack: It’s been almost a decade since we formed S.D.F and we still haven’t put out an album. [Laughs]. The wait should be over soon.

Click "play" to listen to Why so serious? and "Download" to keep this file for educational purpose.

gig : a single performance by a musician or group of musicians, especially playing modern or pop music - งานชั่วคราว

naïve : believing things too easily or tending to trust others too much - อ่อนหัด ไร้เดียงสา

overwhelming : to be so bad or so great that a person cannot deal with it; to cover somebody/something completely - ท่วมท้น,รุนแรงมาก

regret : a feeling of sadness about something sad or wrong or about a mistake that you have made, and a wish that it could have been different and better - ความโทมนัส,ความเสียใจ,ความเศร้าโศก

romantic (adj): connected or concerned with love or a relationship - เกี่ยวกับเรื่องรักใคร่และการผจญภัย

trademark : something particularly noticeable that a person, group, etc. typically has - เครื่องหมายประจำตัว