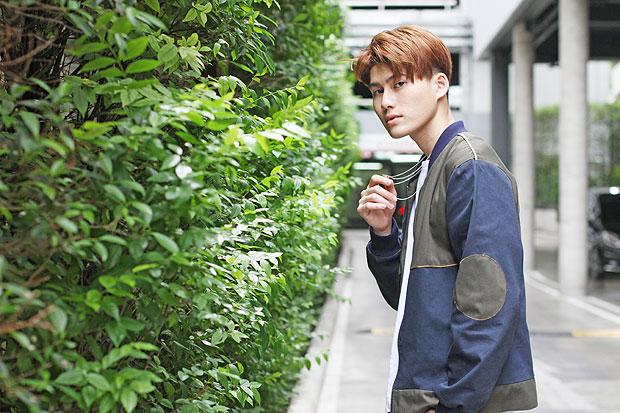 At just 19 years old, Chris Chen (Eiffel) is living the dream. The music video for his debut single got more than a million views on YouTube within a month of its release. His sudden fame and status as the latest teenage heart-throb have even led to several offers of acting roles in TV shows.

Eiffel is another product of the star-making teen entertainment group MBO, home to such well-known acts as Ploychompoo, Emma Grant and Pam Pamiga. His first solo single “Ya Ngao Pen Puean Chan (Pretend)” is a soulful ballad in which he tells his ex-girlfriend not to worry about him. No wonder everybody is so excited about this young talent.

S Weekly recently had a chance to chat with the teen singer about his new life as a pop sensation. 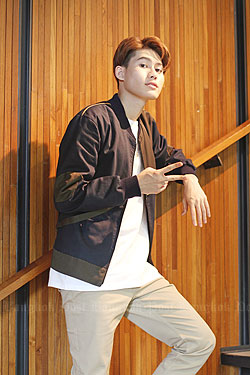 How have you changed since you took part in MBO’s The Idol Game?

Eiffel: That was about two years ago, so I think I’ve changed a lot. I was only 17 then. My perspectives on things and my working habits are quite different. I’m no longer the kind of teenager who goes partying whenever I’m free. I focus more on my work and improving myself.

After years of training, how does it feel to finally release your first single?

Eiffel: I have mixed feelings, but mostly, I’m very happy. When I listen to the song, I’m reminded of the challenging experience of recording it in the studio. I completely lost my voice and had to get an injection in my voice box before I could sing again. I’m very proud that all the hard work and effort paid off.

“Pretend” is about heartbreak and loneliness. Have you ever felt that way in real life?

Eiffel: Of course. Everybody feels lonely or heartbroken at some point in their lives. It’s normal.

In the music video for “Pretend” you play a robot. What was that like?

Eiffel: I was worried when I first read the script. I didn’t think I could do it. I thought the robot would look like the ones you usually see in Hollywood movies. But in this case, it had feelings and looked exactly like a human. The most challenging part was trying not to blink every few seconds. But overall, it was an enjoyable experience. 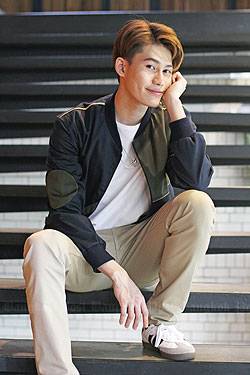 What was it like to work with Thanaerng Kanyawee in the video?

Eiffel: We’ve known each other for a while, but this was our first time working together. It was more relaxed than I thought it would be. I was so happy to have a chance to work with such a talented actress. We have some weird similarities as well - our natural expressions can look unfriendly. So she suggested that I smile more and gave me some other tips on how to be more approachable.

Can you tell us something about yourself that your fans may not know?

Eiffel: I’m very loud and quite a show-off when I’m with my friends, but I can be very quiet when I’m on my own, especially in public. I’m trying to fix this though. I have a lot of thoughts inside my head which can distract me from what’s going on around me.

What is one of your favourite childhood memories?

Eiffel: I’m half-Taiwanese, so I visited Taiwan a lot when I was young. One time, I was staying at a hotel while my mom was doing some late-night shopping. I decided to go to a convenience store, which was quite far away. When my mom got back, she thought that I’d been kidnapped and told all the security guards to search the hotel and surrounding areas. So everybody was really surprised when I casually walked into the hotel lobby with two little toys!

Click "play" to listen to Tower of song and "Download" to keep this file for educational purpose.

blink : to close and then open your eyes quickly once or several times, - กะพริบตา

casually : in a relaxed way and seemingly not worried about anything - อย่าง ไม่เป็นทางการ, อย่างธรรมดา

distract : to take your attention away from something - ทำให้ไขว้เขว เสียสมาธิ

heart-throb : a famous man, usually an actor or a singer, that a lot of women find attractive -

injection : putting a liquid, especially a drug, into a person's body using a needle and a syringe - การฉีดยา

kidnapping (noun): the crime of taking somebody away illegally and keeping them as a prisoner, especially in order to get money or something else for returning them; abduction - การลักพาตัว

living the dream (idiom): having a successful life or career -

perspective : a particular way of considering something - ทัศนคติ

sensation : something very exciting or interesting, or something which causes great excitement or interest - ความตื่นเต้น

show off : to behave in a way that is intended to attract people’s attention and make them admire you - อวดตัว

similarity : being like somebody/something but not exactly the same - ความคล้ายคลึง, ความเหมือน

voice box (n): the area at the top of the throat that contains the vocal cords -