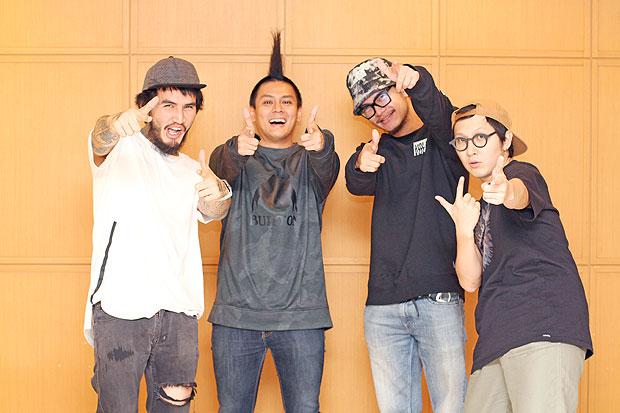 Lomosonic get ready for their big gig

Good things come to those who wait. After 13 years in the music business, emo-rockers Lomosonic take to the stage at GMM Live House in CentralWorld on September 2 for their first full-scale concert, Anti-Gravity.

Anti-Gravity is also the title of Lomosonic’s third album. Released last year, it’s their first album with Sanamluang Music. The 15-track collection has allowed them to broaden their fan base, reaching audiences outside the kingdom. They even performed at this year’s Golden Melody Awards in Taiwan. These are exciting times for vocalist Aritach Poltan (Boy), guitarists Chatchai Ngamsirimongkhonchai (Pom) and Piti Sahaphong (Chicco) and drummer Chandej Worngsatthanaphong (Otto).

S Weekly caught up with the band to talk about their concert and 13-year musical journey. 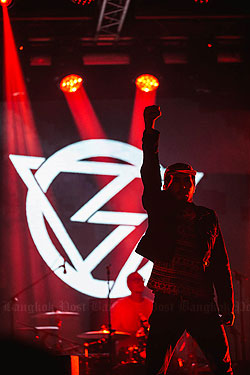 How was the Golden Melody Awards show?

Boy: Great! It was our second time in Taiwan and our third time playing outside Thailand. It was a good feeling to get invited to such a big event. The Golden Melody Awards is held every year in June in Taipei. It’s basically the Asian equivalent of the Grammy Awards.

Pom: It runs for three days. Our show was on the last night. There were also bands from other countries such as Sweden and Japan.

Boy: At first we didn’t realise how big the event was. There was a long red carpet with lots of celebrities.

Were you nervous before your set?

Boy: Yes, very. I was already nervous about playing a gig outside Thailand. The audience weren’t going to understand what we were singing about and many of the people didn’t know who we were. That can be very stressful before a show. I asked some friends to help me learn a greeting in Mandarin for when I was on stage. That helped a lot.

Can you tell us about your latest single, “Everyday Occurrence”?

Boy: It features Pod from Moderndog as a rapper. It’s the first time we’ve had a guest on one of our songs.

What’s the song about?

Boy: It’s about a man who wonders what the world would be like if there was no such thing as love. He’s just had his heart broken, so he’s feeling very negative about love. But another character, who’s older and wiser, takes a different view.

Pom: We called the song “Everyday Occurrence” because love is something people always talk about. 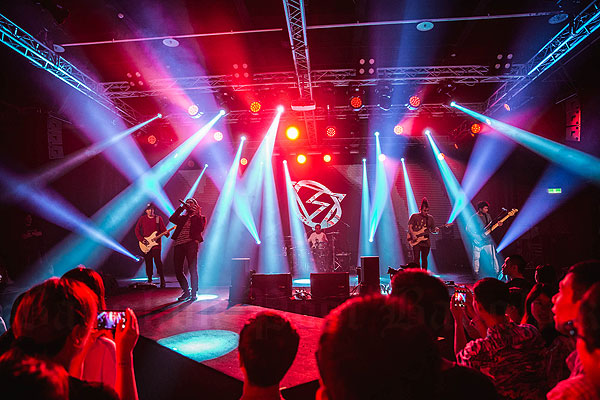 How did the collaboration with Pod come about?

Boy: It’s the result of a special project set up by Sanamluang Music. They decided to pair up different artists to create new songs. We were teamed with Pod.

Pom: We’re all big fans of Moderndog, especially their first album. Pod rapped on a few of the tracks on that album but he never did it again. We thought it would be nice to ask him to rap again.

Has your music changed much over the years?

Otto: I think it’s changed a lot. We all believe that we should keep changing and improving as a band.

Boy: Our ideas and the way we look at things have changed as well. If you listen to our earlier music, you can tell that we had very negative ideas about love and relationships - much more emo! [Laughs.] Now there’s more self-reflection and maturity in our music.

Pom: The music is like the band’s personal diary. We still like the darkness of our first album, but I don’t think we can write that kind of stuff anymore.

What can fans expect from your upcoming concert?

Boy: I’d like to tell all of our fans - old and new - that if you like our music, then please come to the show. It’ll be different from what you hear on our records. It’s going to be so much fun. See you all there! 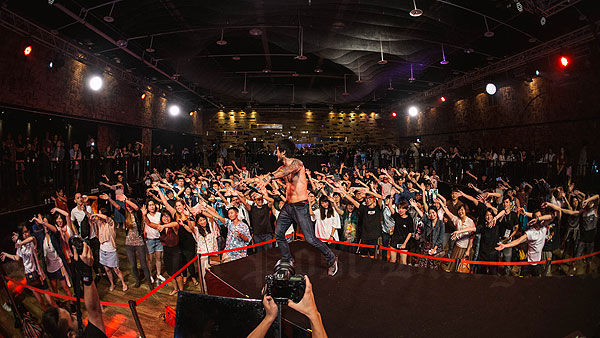 Click "play" to listen to Walking on air and "Download" to keep this file for educational purpose.

broaden : to increase the range of something - ขยับขยาย

emo (n): a style of rock music that developed from punk, but has more complicated musical arrangements and deals with more emotional subjects -

journey : travelling from one place to another, especially when they are far apart - การเดินทาง

reflection (noun): careful thought about something, sometimes over a long period of time - การไตร่ตรอง

stressful : involving or causing a lot of pressure or worry - ตึงเครียด

wise (adj): able to make sensible decisions and give good advice because of the experience and knowledge that you have - เฉลียวฉลาด, มีสติปัญญา