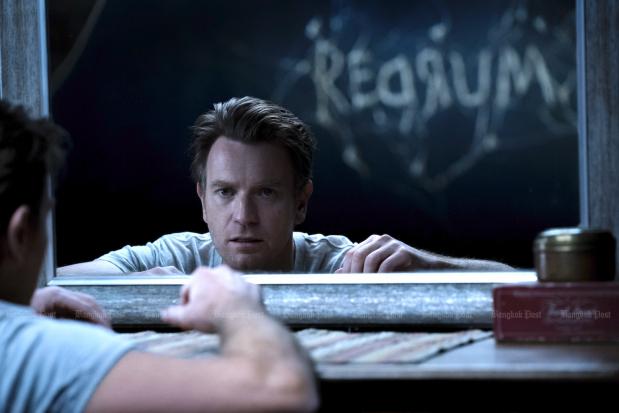 A classic horror film gets a sequel

Doctor Sleep continues the story of Danny Torrance, 40 years after his terrifying stay at the Overlook Hotel in the movie The Shining. Ewan McGregor stars as Dan, in the new film based upon the novel by Stephen King.

Still scarred by the trauma he faced as a child at the Overlook, Dan Torrance has fought to find some peace. But that peace is shattered when he meets Abra, a teenager with her own powerful extrasensory gift, known as the “shine.” Seeing that Dan shares her power, Abra has found him, desperate for his help against the evil Rose the Hat and her followers, the True Knot, who feed off the shine.

Forming an unlikely team, Dan and Abra fight a brutal life-or-death battle with Rose. Abra compels Dan to call upon his own powers as never before — daring to go back and face his fears, while reawakening the ghosts of the past.

Find out who shines when Doctor Sleep opens in cinemas on November 7.

compel : to force someone to do something - บังคับ

desperately : extremely or very much - อย่างเต็มที่

scar : a permanent effect on someone’s mind, caused by an unpleasant experience that they have had; a permanent mark on your skin where you have been injured - แผลเป็น, รอยแผลเป็น

sensory : related to the five senses of sight, touch, hearing, taste & smell; related to what can be sensed or felt - เกี่ยวกับความรู้สึก