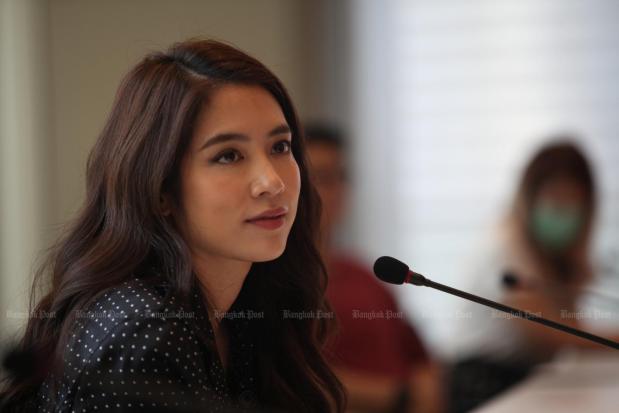 Earlier this year, we got to see BNK48: One Take, a documentary by director Manatsanun Panlertwongskul, which follows members of the famous Thai idol girl group and shows their ups and downs. The film was released by Netflix as the first original Thai documentary back in June.


In the past, documentaries were not considered to be a popular category among regular audiences as it was assumed that most people would not find them fun like movies. Filmmakers wrongly thought that documentaries had to be informative and audiences would find them hard to understand. However, in order to change that perspective among viewers and to promote the popularity of documentaries, Netflix spoke about its long-term plan in a press conference.


According to Del Deo, almost 165 million viewers from a total of 183 million chose to watch documentaries, which means almost nine out of every 10 viewers. Documentaries such as Tiger King, American Factory and Fyre were big hits.

What's your opinion on One Take and do you think the film will make Thai documentaries more popular?

Del Deo: First of all, it was very exciting to work with director Donut [Manatsanun, pictured above] and her team. I think One Take is packed with inspiration. Netflix will continue to search for other talented filmmakers who are happy to work with us, and can also tell good stories like Donut.


Will there be any more work by Thai directors on Netflix this year?

We have another original set to release which we haven't announced yet. The title has not been announced but hopefully we can talk about it very soon. So, yes, we do have another Thai original coming out later in the year.

How many documentaries on Netflix feature Asian culture?

We have quite a few such as our popular series Street Food Asia. In it, we had an episode on Thailand, shining the spotlight on local chef Jay Fai who found fame after receiving a Michelin star. Earlier, we had a series called Wild Wild Country, an English-language film looking at the spiritual guru Ma Anand Sheela, who became a global household name afterwards. What we found was that audiences in India were watching this film in large numbers. Most recently, we launched a series called Arashi's Diary, which is about a very famous J-pop group.


How has the audience responded to different lengths of documentaries?

What we're noticing is that our subscribers respond to great storytelling. So, whether it's a short film, a limited series or a feature film, or a continuing series, we believe that storytelling is a great way to connect with people. For example, the documentary Inside Bill's Brain: Decoding Bill Gates was originally a project that came to us from an Oscar-winning director. He wasn't quite sure whether to make the documentary a feature film or a limited series. We decided that it would be a three-part series and not a film. So, we have the flexibility to take different types of stories in different formats.

I think we can do it. What we've been trying to do is make them more entertaining and we've been successful at that if you look at the social buzz and hype. Our goal is to really bring this level of filmmaking and documentaries to all parts of the world and Thailand is one of those places where we want to support strong, bold storytelling.

Section 1: Write the correct answer in the space provided.
1. When did Netflix release One Take? …………….
2. The majority of Netflix viewers watch documentaries. True or false? …………….
3. Netflix wants to change how people think of documentaries. True or false? …………….
4. Netflix has a new Thai documentary ready to release. True or false? …………….
5. Which Thai chef was on Street Food Asia? …………..
6. Which Netflix documentary is about a musician? …………….
7. Inside Bill's Brain is a film. True or false? …………….
8. Del Deo thinks he can make Thai documentaries popular. True or false? …………….
.
Section 2: Write the noun form of the following words in the space provided.
9. informative ……… 10. chose ……… 11. popular ………. 12. announced ………. 13. connect ……….
.
Section 3: Read the following passage. Then, fill in the blanks with the correct words from the choices given.
“Working with Netflix can happen in a …14… of different ways. It's about getting in …15… with the right creative executive and then anything can happen. We also have cases in which we're looking for …16… scenes or footage or maybe a rough cut. …17…, we'll attend film festivals or look at finished films and buy those. As we …18…, we're increasing our connection with great storytellers and cultivating great stories that we know …19… all over the world.”

Click "play" to listen to TEST YOURSELF: Telling Thai stories and "Download" to keep this file for educational purpose.