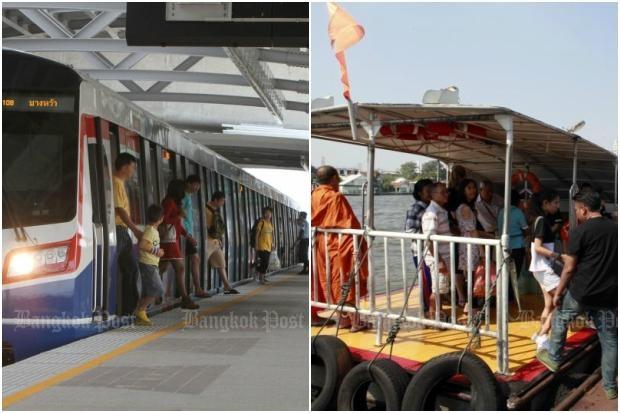 Bangkok commuters will be able to use a single ticket for all electric train and Chao Phraya express boat services in April, according to the transport minister.

Bangkok commuters will be able to use a single ticket for all electric train and Chao Phraya express boat services in April, according to the transport minister.

Arkhom Termpittayapaisith said on Monday the Office of Transport and Traffic Policy and Planning (OTTPP) had confirmed the common ticketing system, called the Mangmoom (Thai for "spider") card would be officially available to the public in April.

The stored-value card would initially combine all four mass transit rail lines currently in service – the BTS skytrain, MRT Blue Line and Purple Line, and Airport Rail Link – with the Chao Phraya express boat service. The goal is to integrate water and rail transport ticketing services in the capital.

It will include public bus services, the expressway and motorways later this year.

Mr Arkhom said the Mass Rapid Transit Authority of Thailand (MRTA) would operate the common ticketing system until the planned public-private partnership company is formed and ready to take over the operation.

Surachai Eamvachirasakul, director of the Bangkok Mass Transit Authority (BMTA), said the agency expected to complete the installation of Mangmoom card readers and GPS systems on 2,600 public buses and to launch a test run by June.

Kosin Jaetiyanond, chief of the Department of Highways' Inter-City Motorway Division, said work was being done so M-Pass cards for the expressway and motorways could be used in the new ticketing system, probably in June or July. 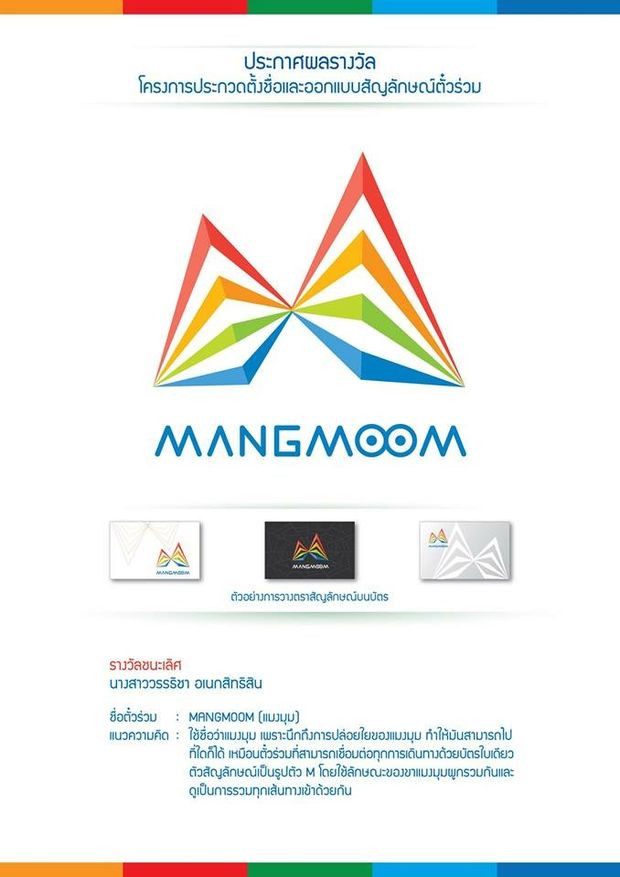 The Mangmoom card was named and its logo designed by Ms Wannicha Anakesitthisin, who won in a design contest held by the Common Ticketing Office under the Office of Transport and Traffic Policy and Planning in October 2015. (Facebook/ThaiCommonTicket)

Click "play" to listen to Single ticket ready for Bangkok commuters by April and "Download" to keep this file for educational purpose.