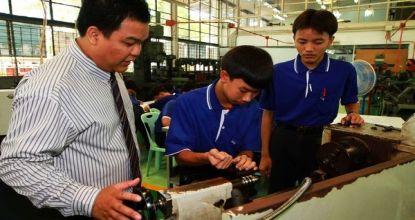 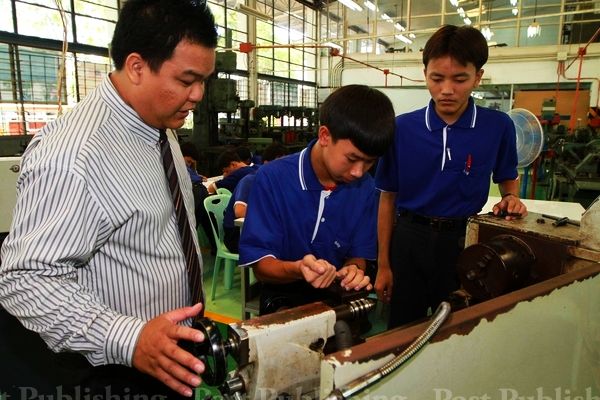 The state-owned Bank for Agriculture and Agricultural Cooperatives (BAAC) will upgrade the features of  about 10% of its loan cards for farmers to credit cards within one year.

The BAAC has issued 4.13 million loan cards to farmers with a combined credit line of 63.2 billion baht.  The cards, a key Pheu Thai campaign pledge, offer a credit line for up to 70% of the production value grown by the farmer, with farmers able to pay for fertiliser, seeds, agricultural machinery and pesticides at participating suppliers using the cards. Each farmer spends about 25,000 baht on average via the cards.

The cards allow farmers access to capital at a cheaper rate than loan sharks. An interest rate of 7% per year is charged for overdue amounts and offers a five-month interest-free period. The bank requires farmers pay their outstanding debts in full within the time frame of their farming operation, typically one year. A farmer who fails to meet the payment deadline three times is deemed a non-performing debtor. As of Sept 30, the outstanding balance for the farmer cards was 17 billion baht, with non-performing loans at 1.9%.

The Education Ministry wants to increase the number of vocational students by 75,600 next year to provide skilled vocational school graduates to meet labour market demand and infrastructure investment plans.

Outstanding non-performing loans (NPLs) for 9 of the 11 SET-listed commercial banks rose by 6% between the end of last year and Sept 30, a sign that borrowers' debt-servicing ability is deteriorating amid the lacklustre economy. Tisco Financial Group experienced the largest increase in NPLs followed by Bank of Ayudhya (BAY) and Kiatnakin Bank (KKP). Among the country's four largest banks, the NPLs of Bangkok Bank (BBL) rose but the ratio is not expected to exceed 2.5% of total loans.

Commercial banks with a focus on auto loans have seen their bad credit rise at a rapid pace, as the used-car market has been distorted from the sharp slump in prices prompted by the government's tax rebate scheme for first-time car buyers. The market is now returning to normal after the tax scheme lapsed at the end of last year.

Higher commercial bank NPLs are not a major concern at the moment as the NPL ratio, the ratio of bad loans to total loans, is still low. Only five of the 11 lenders saw their NPL ratio increase from the end of last year.  Lenders also have a high provision coverage ratio - a measure of funds set aside by lenders for potential bad debt losses. Banks set aside funds as a counter-cyclical buffer against future uncertainty, with coverage ratios more than 70% of NPLs.

Click "play" to listen to What's new in business news: October 24, 2013 and "Download" to keep this file for educational purpose.