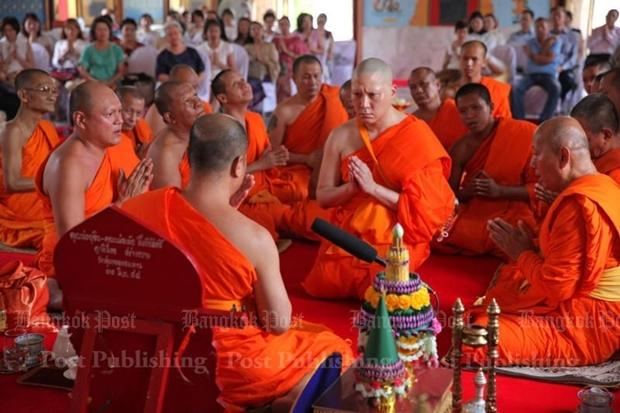 Kritsada Rojjanasuwan, a prosecutor at the court, said Phra Janepob reported to the court Tuesday. The court earlier released him on bail on condition he report every seven days. It released him from detention last month after prosecutors wrapped up their probe. 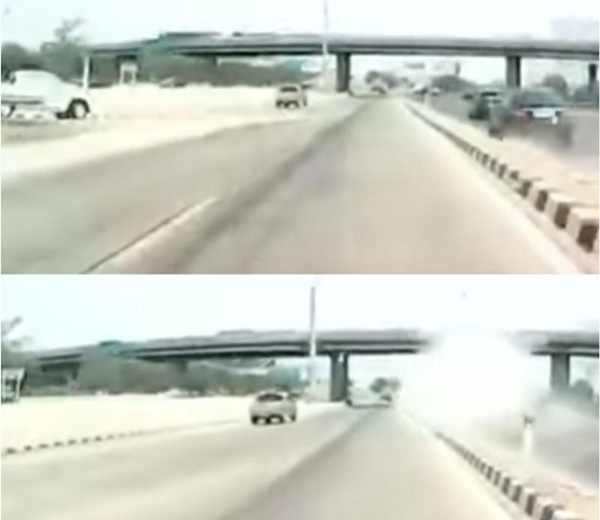 A video clip from the dash cam of a vehicle caught the Mercedes-Benz sports car ramming the Ford Fiesta from behind at high speed.

The March 13 collision killed the two students, who were pursuing master's degrees at Mahachulalongkornrajavidyalaya University.

A prosecutor has ordered police to question two doctors at the hospital where the accused received treatment following the crash in response to a request from the suspect's lawyer, Mr Kritsada said.

He said the lawyer believes the doctors' statements would help the suspect.

Phra Janepob was reportedly ordained as a Buddhist monk at a Bangkok temple on Sunday to make merit for the victims for 15 days.

The suspect has the right to enter the monkhood while in official custody, Mr Kritsada said, adding this would not affect the case.

Click "play" to listen to Benz crash driver, now a monk, reports to court and "Download" to keep this file for educational purpose.