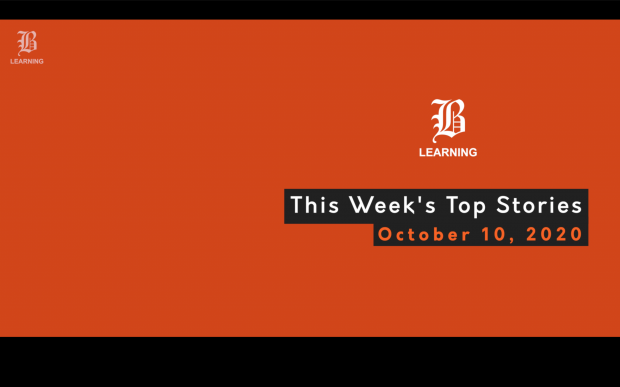 The biggest story on Learning this week was the weather. Heavy rain hit many parts of the country from Wednesday to Friday.

Rain was very heavy, especially in the South, and several areas of Bangkok saw flooding.

The head of a panel steering the economic recovery on Monday urged the government to reopen the country to prevent it from collapsing.


Pailin Chuchottaworn said that, although the government had spent some time preparing to reopen the country to foreign visitors under the Special Tourist Visa scheme, Thailand is effectively closed.

A hotel in Koh Phangan has apologised after it upset Cambodian netizens. The hotel used Cambodian cultural icons, including the famous Angkor Wat, as building decoration, which they deemed inappropriate.

"We are extremely sorry for the frustration this has caused," Le Palais Hotel wrote on its Facebook page on Sunday.


Interpol has issued a "red notice" - its most urgent alert - to arrest the fugitive Thai inheritor of the Red Bull billions for his role in a fatal hit-and-run, police said on Sunday.


Wednesday saw the week's largest number of infected arrivals, with a total of 15 cases. Six were army engineers, returning from an operation in South Sudan.

collapse : a situation in which something fails or stops existing - การพังทลาย

economic (adj): connected with the trade, industry and development of wealth of a country, an area or a society - เกี่ยวกับเศรษฐกิจ, ในทางเศรษฐศาสตร์

frustration : an annoyed or discouraged feeling because you cannot do or have what you want - ความผิดหวัง, ความไม่พอใจ

fugitive (noun): someone who has been accused of doing something illegal and is trying to avoid being caught by the police - ผู้หลบหนี

icon : something that is well known and acts as a sign or symbol of something มีชื่อเสียงและเป็นสัญลักษณ์แทนบาง -

urgent : needing to be dealt with immediately - ที่เร่งด่วน