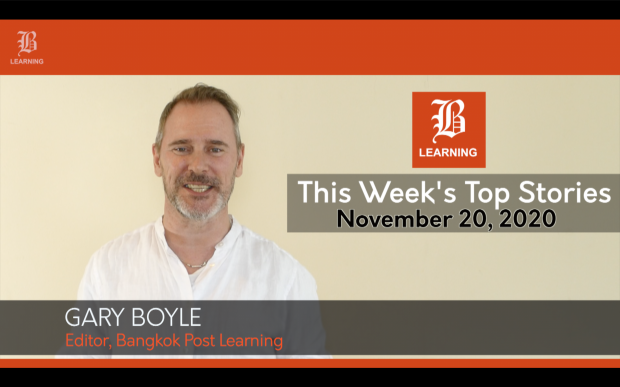 
PM2.5 pollution is back, rising to high-risk levels in Bangkok and Samut Prakan this week.

Levels of the pollutant hit 74 µg/m³, exceeding the government's 'safe' limit of 50 µg/m³.

Taxi passengers travelling to and from Don Mueang and Suvarnabhumi airports must now pay extra for luggage.

Taxi drivers can charge between 20 baht and 100 baht extra for bags.

According to the announcement, taxi drivers and passengers have to reach an agreement on the price.

A passenger was arrested as he was boarding a plane at Phuket International Airport on Monday.

Frustrated by a flight delay, the man had told Thai Vietjet staff, "I think this airline should be bombed."

Fifty-five people were treated for injuries and illness, including six for gunshot wounds.

bomb (v): to attack something with a bomb -

frustrated : feeling annoyed and impatient because you are prevented from achieving something - ผิดหวัง,ท้อแท้ใจมาก, หงุดหงิดใจ

luggage (noun): baggage; all the cases and bags that you take with you when you travel - กระเป๋าเดินทาง