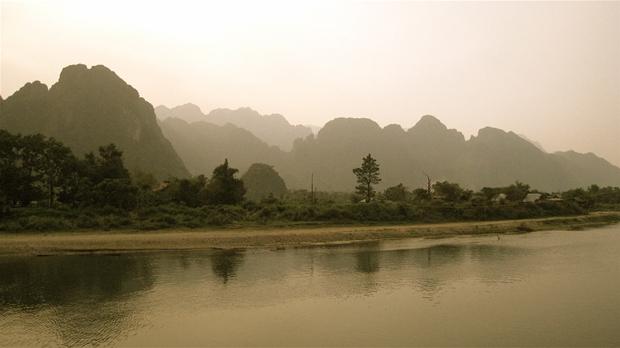 US Immigrant Don Khong who fled Laos as a teenager still has vivid memories of his homeland. 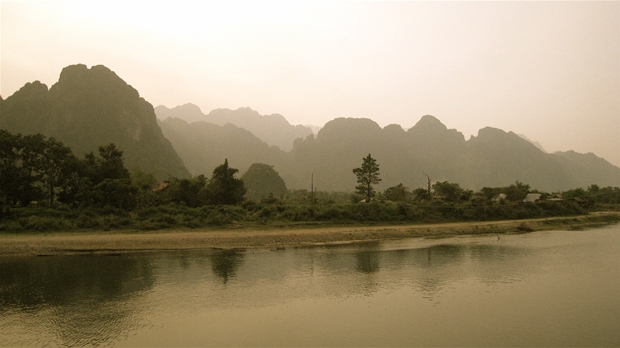 Don Khong (not his real name) is an American citizen who was born in Laos. He has a very interesting story to tell and he has done so through two books, Once Upon A Time In Laos and Hearts In Mekong. They are books of fiction but they are based on Don's real experience growing up in Laos.

We are going to be lucky enough to read some excerpts from his book in the coming weeks, including one below, but first lets have Don introduce himself. 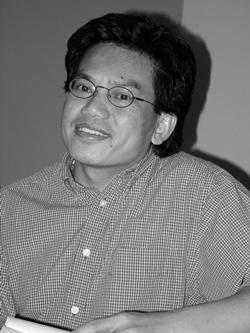 I was born in 1964 to the Lao parents in Laos. Having lived through the long war, I unknowingly fled the country with my family to Thailand in 1977 and immigrated to the United States of America in 1979. I grew up and received most of my education in America. I am a former federal Civil Rights investigator, working for the US Department of Health and Human Services from 1992 to 2002. Before that, I worked in schools and served in the police department. I also served in the US Army from 1984 to 1987. Currently, I live with my family in the central Florida, USA.

I got the idea of writing books from my teenage niece who asked me about her Lao roots over a decade ago. Because she was born to the Lao-American parents in America, my niece had very little knowledge of her roots. It dawned on me that, like her, many adults and youngsters could benefit from my past experiences. So as I began to write, I tried to detail as many things as I could remember, ranging from the drinking water to food, plants and animals, landscapes, seasons, people and places, games, customs and traditions, ceremonies and festivities, history and political events – all within an interesting and dramatic story.
Laos and Thailand are wonderful countries, and I feel fortunate to have valuable memories of them that I could share with readers. Thank you. 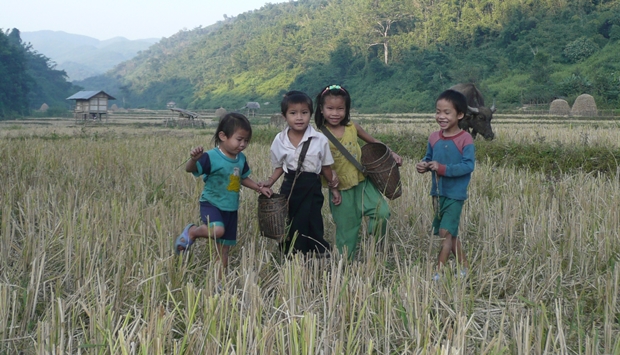 A scene from Laos that reminds Don of his old village and surroundings. 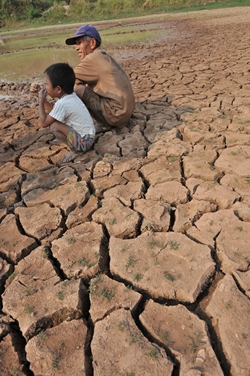 "For several months, we barely had any water to drink."

In our part of the world, there were only two seasons: wet and dry. Normally, the wet season lasted from May to October, and then the six-month dry season began. July, August, and September were the wettest months of the year, and we referred these months as “the monsoon season.” Whenever we had a long monsoon season, we experienced some periods of rain that lasted for seven days. With these torrential rains, many parts of the country including our village were flooded. This wrath of nature destroyed farmlands and crops, and when the water receded, we found it had washed down the slopes and into caverns. As a result, our drinking well was flooded. However, one of the good things about the flood was fishing since we caught many new kinds of fish.

After the wet season ended, our well began to dry up. For several months, we barely had any water to drink. By April, the driest and hottest month of the year, our well was nearly drained with only mud remaining. We learned that many wells in our village had dried up also. However, we had a strong community, and my father was able to gather our close friends and relatives to our house to repair the well – and to do a bit of partying. As the men handled the heavy work, my mother and other women took care of the food.

On one occasion, I had a unique experience working with my father. Because I was the smallest amongst the males, my father assigned me to the most important task. Since the well opening was very narrow, I was just the right size to fit in and work in the hole. I was lowered into the dungeon-like well together with a small shovel and bamboo bucket, so that I could dig out mud and everything else that blocked the source of the water. When I dug up the mud and filled it in the bucket, my father and other men pulled the heavy bucket up and dumped it out around the well. The mud was mixed with dead leaves and gravel. After the mud was completely scooped up, I scraped out the bottom of the well with a metal bowl. Then we used a water can to retrieve the brown water.

I continued working and soon I noticed clear water streaming out from the tiny fountains around me. As I scraped deeper into the sand and rocks, I noticed more fountains. It was wonderful to see the clear water bursting out from the tiny holes underneath the sand. I was amazed by it, and soon the spring water covered my feet and rose to my shins. I yelled to my father to pull me up because the cool water gave me a chill and goose bumps. I was afraid that if the water came up so fast to my waist, it might drown me.

My father looked at me from above and said, “Do we have enough water down there?”

“I want you to continue a little longer until the water comes out faster.”

However, I insisted to be pulled up. “The water is almost up to my knees, and I am getting cold so I want to go up now!” I said.

“We should just leave him down there,” my father said, which was followed by laughter. “Let’s pull him up! I think he had enough.”

When I burst into the bright sunlight I found myself covered with mud from head to toe and my clothes were wet and covered with sand and mud. When my father smiled at me, I knew he was proud of me.

After the hard work, we were rewarded with a variety of dishes, fruits, coconut juice, lemonade, and other sweets. Thereafter, our family and neighbors enjoyed the good taste of the wellspring that was cool and crystal clear. I was proud of our work.

unknowingly – with realising or understanding
fled (past of flee) – escaped; left an area very quickly because of a danger there หนีไป
immigrate – to come into a country because you want to live there อพยพ, ย้ายถิ่นที่อยู่, ย้ายถิ่นฐาน, ย้ายไปตั้งรกรากที่ใหม่
federal – relating to the central government, and not to the government of a region, of some countries such as the United States เกี่ยวกับสหพันธรัฐ
civil rights – the basic rights that all people in a society should have, for example the right to be treated fairly by the law, the right to express their ideas, and the right to practise their religion สิทธิของพลเมือง
investigator – someone whose job is to officially find out the facts about something – ผู้สอบสวน,  ผู้สำรวจ, ผู้ตรวจสอบ
niece – a daughter of your brother or sister, or a daughter of your husband’s or wife’s brother or sister หลานสาว
decade – a period of ten years  ทศวรรษ
dawn on – to realise or understand something for the first time ฉุกคิด
landscape –  an area of land that is beautiful to look at or that has a particular type of appearance ภูมิประเทศ,  ภูมิทัศน์
dramatic – exciting and impressive ตื่นเต้นเร้าใจ
fortunate – โชคดี, เคราะห์ดี

torrential (rain) – extremely heavy (rain) ซึ่งไหลเชี่ยว
wrath – extreme anger  ความโกรธเคือง
crop – a plant grown for food, usually on a farm  พืชผล
recede – to move back; to move further away into the distance; subside ลดลง, ถอยหลัง
slope – a straight surface that has one end higher than the other พื้นที่ลาดเอียง,  ที่ลาด
cavern – a large cave ถ้ำโดยเฉพาะที่มีขนาดใหญ่และอยู่ใต้ดินส่วนใหญ่
well – a deep hole that is dug in the ground to provide a supply of water  บ่อน้ำ
drain – to get rid of the water in an area of land ระบายออก
community – the people living in one particular area ชุมชน
unique – very special, unusual or good ที่มีลักษณะพิเศษ  เป็นเอกลักษณ์
task – something that you have to do หน้าที่
narrow – not wide; having a small distance from one side to the other, especially in comparison with the length แคบ
dungeon – a dark underground room in a castle that was used as a prison in the past  คุกใต้ดินในปราสาท
shovel – a tool used for lifting and moving something such as snow or soil. It consists of a long handle with a curved metal end พลั่ว, เสียม, เครื่องตัก
bucket – a container with an open top and a handle, often used for carrying liquids ถัง
block – to stop someone or something from moving through or along something else  ปิดกั้น
source – the place something comes from or starts at, or the cause of something แหล่งกำเนิด
gravel – small pieces of stone used for making paths and roads  ก้อนกรวด, กรวด
scoop – to dig something out or pick it up using something such as a spoon or your curved hand ตัก, ช้อนขึ้น
scrape - to remove an unwanted covering or a top layer from something, especially using a sharp edge or something rough ขูด
retrieve – to get something back, especially something that is not easy to find ได้กลับคืนมา
burst – to break open suddenly because there is too much pressure inside or against โพล่ง, แตก, ระเบิด
shin – the lower front part of your leg, between your knee and your ankle หน้าแข้ง
yell – to say something in a loud voice, or to make a loud noise because you are angry, afraid, excited, or in pain ตะโกน,ร้อง
chill – a feeling of being cold ความหนาวเย็น
goose bumps (goose pimples) – small lumps appearing on your skin with your hairs standing up straight, because you are cold, frightened, or excited อาการขนลุก
waist – the middle part of the body that is narrower than the parts above and below   เอว
drown – to cause to sink under water and die ทำให้จมน้ำ
insist – to say very firmly that something must happen or must be done ยืนกราน
dish – food prepared and cooked in a particular way อาหาร
wellspring – a large or continuous supply of water ต้นน้ำ
crystal clear – completely transparent (you can see through it) and very bright แจ่มชัด, แจ๋วแหวว