Our interns made a visit to the Post Digital Department to take a look at the designs for the upcoming Bangkok Post mobile app. 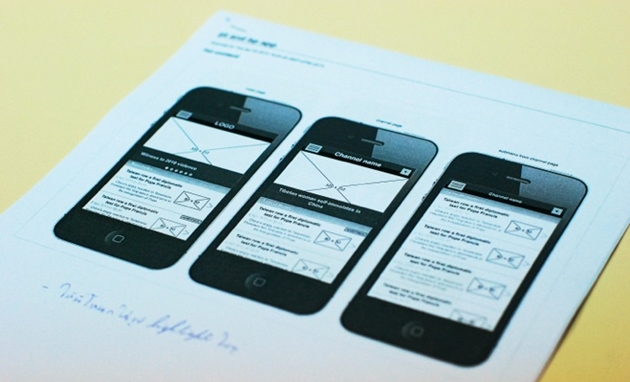 The raw layout of the new app that will be released in about 4-6 months. JAYNA MILAN

For a month now, the Bangkok Post Digital Department has been creating a new mobile application that will be available for all androids, iPhones and iPads. We decided to pay them a visit to see how applications are produced and give them some of our own personal input on what we like in mobile apps.

Khun Komsan John Jandamit gave us a run through of the process that they must follow to develop an app. First, they must contact Apple to have their proposal approved before they can continue development. It takes about two weeks for Apple to approve of the proposal.

Then, the designers get together and come up with the layout and design of the app overall. One of the designers, Khun Duangnapa Methawichano explained that the new mobile app will feature all of the articles from the various departments that make up the Bangkok Post website, such as Learning, Lifestyle and Sports. 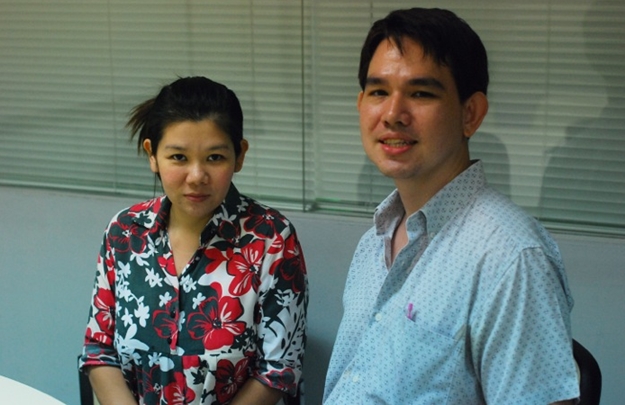 Also, the home page will feature all the top stories so that they are easily accessible. We really liked that this new app incorporated a lot of images, which seemed lacking in the current app.

From there, the designs go to a group of ten techies who actually create the app. We didn’t get to meet any of them personally, but when we peeked inside their offices, we saw them hard at work creating  the new app.

They have been developing it for about a month now. Khun Duangnapa said that it should be released in the next four to five months. Keep your eyes open!

raw – not yet changed, used or made into something else ดิบ
layout – the way in which the parts of something such as the page of a book, a garden or a building are arranged แผนผัง
application (app) – a program designed to do a particular job; a piece of software โปรแกรมคอมพิวเตอร์
personal – your own; not belonging to or connected with anyone else  เป็นส่วนตัว
input – help in the form of ideas, advice, or information, used in a process or in making a decision การสนับสนุน
insight – a chance to understand something or learn more about it  การเข้าใจอย่าถ่องแท้, ความเข้าใจลึกซึ้ง
upcoming – happening soon; available soon ซึ่งกำลังจะเกิดขึ้น, ซึ่งกำลังจะมา
run through – to explain or to read something quickly  ทบทวน, อ่านอย่างรวดเร็ว
process – a series of actions that you take in order to achieve a result แนวทางปฏิบัติ, กระบวน, วิธีการ
approve – to give official permission อนุมัต
accessible – that can be reached, entered, used, seen, etc  ที่สามารถเข้าได้
incorporate – to include something so that it forms a part of something ซึ่งรวมเข้าเป็นหนึ่งเดียวกัน
image – the picture that you see on a computer or television screen, or in a cinema ภาพ, ภาพบนจอ
lacking  – not having much or enough of something  ขาด
current – of the present time ปัจจุบัน
techie – someone who knows a lot about technology or computers, especially as their job ผู้ชำนาญ, ผู้เชี่ยวชาญ
peek – to look at something quickly (and often secretly because you should not be looking at it) แอบดู, แอบมอง, ลอบมอง
release – to make something available to the public  ออกวางตลาด, ออกวางจำหน่าย