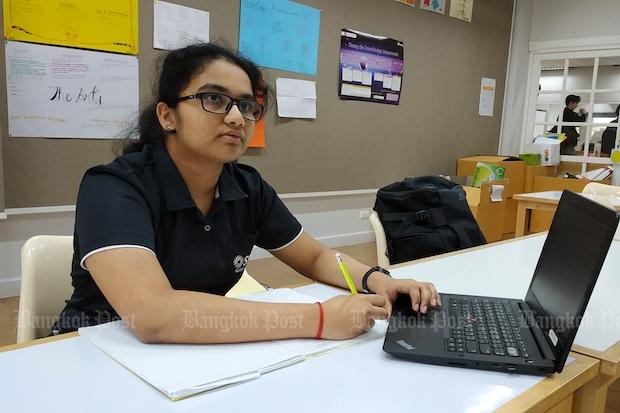 Crimson Education awarded funding to its first student in Thailand this month.

Sasha Patil is a Year 12 student at St. Andrews International School who is hosting a Model United Nations conference for high school students this April 26-28. Working in a team of five, she and her friends have coordinated between twelve different schools, including ​Shrewsbury International School and King Mongkut’s International Demonstration School. Schools from China and Indonesia are also attending, bringing the number of attendees to roughly one hundred students.

“We are hoping that our MUN conference inspires [students] for their future careers,” says Sasha, whose own interest in Model United Nations began when her mother suggested she try attending a conference three years ago.​

“I enjoyed learning about issues that I didn’t directly learn in school, and issues I’ve never heard of, or thought that they were of little importance,” says Sasha. These issues ranged from antibiotic-resistant bacteria to protecting workers’ rights in developing countries. Sasha was impressed by how the conference made her feel like she could change the world, and that her opinions mattered too. 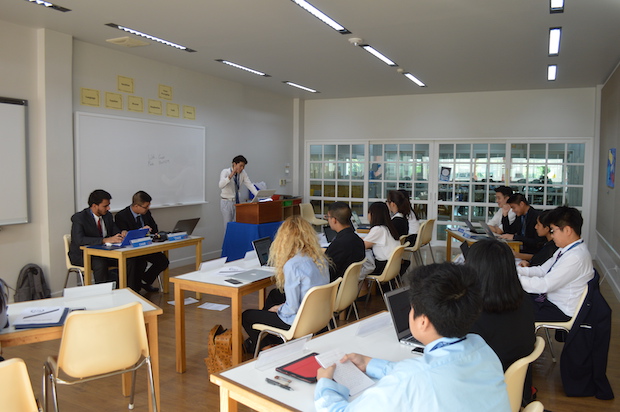 At Model United Nations, students are expected to represent a selected country and propose resolutions that align with their countries’ interests. The delegation then votes on a proposal, so in order for their resolutions to pass, students must be able to present, debate and defend their proposal. In addition, students need to work with other teams for their resolutions to pass, which means they need to be able to communicate clearly and persuasively. Practical skills such as note taking and active listening are essential. More importantly, MUN challenges opinions and encourages empathy.

“Sometimes at a conference, you’re given a country and you disagree with what your country thinks about the topic. Therefore, you have to change your perspective and open your mind up to see why other countries see it this certain way,” says Sasha.

“​We hope that our conference will allow students to express themselves, practice their public speaking skills, and meet students from various backgrounds in order to become a more open-minded, global student.”

Though she is now an experienced MUN delegate, Sasha remembers how intimidating it can be to join a conference for the first time.

“When I talk to people who are doing MUN for the first time, most of them are scared because they don’t want to talk in front of people,” she says. “My only advice is that you have to keep practicing. No one is good at public speaking on their first go…So, be patient and keep learning.”

Applications for ​the Crimson Youth Fund​ are open and applicable to all students between ages 13-22, who are eager to make a positive impact on their community.

The philanthropic fund offers up to $50,000 USD of funding spanning over 15 countries, with each individual event and project having the opportunity to receive up to $1,500 USD in funding.