Many EFL teacher manuals complain that the importance of listening in curriculum design is often neglected. If students are being taught in English, they should have some meaningful practice with listening during each class. While this might not be enough, unless English is being taught in the students' mother tongue, Chris' Delivery for example, or by non-native speakers who seldom lecture in English, students still need to be helped to improve their listening skills during class. 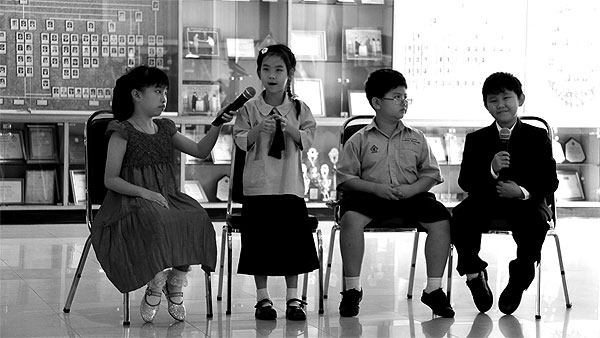 We listen much more than we speak, read or write, and therefore it is important for teachers to focus on developing listening skills early and often. PURICH TRIVITAYAKHUN

However, it is clear that listening is often seen as the least important of the four basic language skills (reading, writing, speaking and listening) and, as such, is neglected altogether or given minimal class time.

Excuses for failing to teach listening

One reason teachers may tend to keep listening skills practice to a minimum is that unlike practice in speaking and writing, and much like reading, it is often difficult to measure how much students have accomplished.

While the accomplishment of a task does not automatically correspond to students having learned what was intended, completed writing tasks and exercises, or a classroom filled with students speaking English, are certainly a very easy way to measure how much has been accomplished.

However, with reading and listening, especially in large classes, it is very difficult for a teacher to judge how much each student has tried to do on his or her own and, more importantly, what level of success has been reached.

Certainly, accomplishment of tasks can be measured, but as teachers seldom have time to monitor and verify what students have done while undertaking a listening task, it is not always easy to check how much effort has been made and to what benefit.

However, as listening is so important in communication, students need to be taught how to listen and what to listen for, and they must be given practice with varying content, accents and speaking skills.

One argument given to ensure listening skills are taught and practised in class is that most people, regardless of whether the language being learned is their mother-tongue or a target language, tend to spend a lot more time listening than speaking.

A good example is a typical academic classroom. There, students will spend most, if not all, of their class time listening. It has been suggested that we listen twice as much as we speak, four times more than we read and five times more than we write.

Substantial listening practice is needed to enable students to understand the target language as spoken by its native speakers, with accents, dialects, speeds and intonation patterns not heard in class, which is often under conditions far less ideal than those in class.

Listening is a key skill

A final important reason for including listening in the curriculum is its relationship with speaking. Without being able to listen and understand what has been said, it is impossible to take a meaningful part in most conversations. This is perhaps best reflected in beginning students who often have severe difficulties answering simple wh- questions or other questions correctly because they have failed to aurally comprehend the question.

It is important, therefore, that listening be given a central role in every language curriculum and teachers should concentrate on developing listening skills to a significant level throughout the term of the course.

Dr Timothy Cornwall has been teaching EFL for 30 years and is part of the Shinawatra University faculty. Co-founder of Thailand Educators Network, he can be reached through thaiednet.org, through his web site speechwork.co.th, at tim@speechwork.co.th or on 081-834-8982.