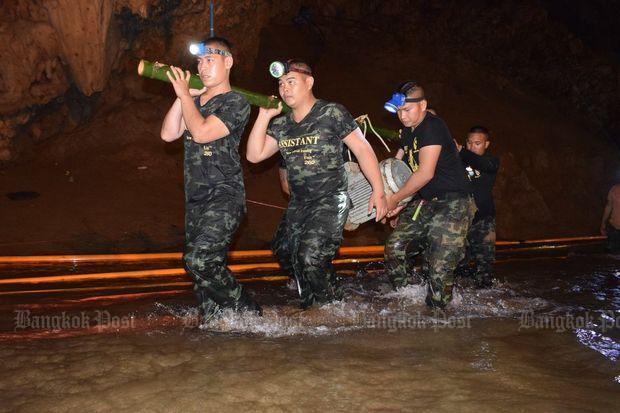 A rescue team carries fresh air tanks and a water pump deep into the cave around noon on Monday. (Photo courtesy Army Region 3)

The 12 missing boys and their football coach have been found in Tham Luang and all are alive, the Chiang Rai governor said on Monday.

"Thai Navy SEALs have found all 13 with signs of life," the governor told reporters. "We found all 13 safe... we will take care of them until they can move."

Click "play" to listen to Boys and coach found alive in cave and "Download" to keep this file for educational purpose.

accomplish : to finish something successfully or to achieve something - ทำสำเร็จ