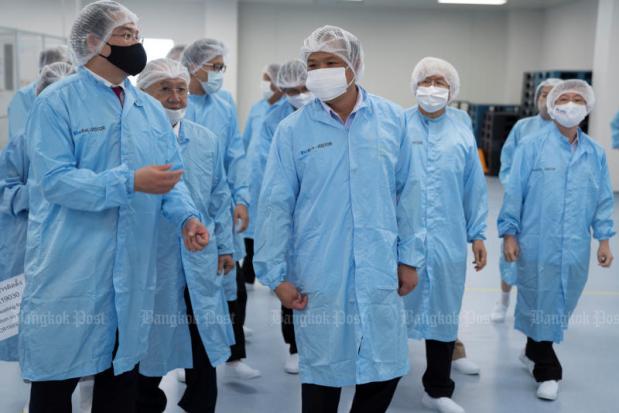 The government reported one new coronavirus case and one new death on Tuesday, taking the total number of infections to 3,083 and the accumulated death toll to 58 since January.

The new fatality was an 80-year-old man in Narathiwat. The latest new Covid-19 case was a 32-year-old male student who recently returned from Saudi Arabia.

Dr Taweesilp Visanuyothin, spokesman of the Centre for Covid-19 Situation Administration, said the student returned from Saudi Arabia via Malaysia. He entered the country through the Padang Besar border checkpoint in Songkhla province on May 25 and was quarantined there.

"Thirty-nine people have returned from Saudi Arabia through Malaysia and eight of them were infected. That forms 20.51% or one-fifth of the total," Dr Taweesilp said.

The new fatality was a Thai man aged 80 who had asthma.

Of the 3,083 accumulated cases, 2,960 have recovered. One patient who was released in the past 24 hours, leaving  59 hospitalised.

The average age of Covid-19 patients in Thailand has been 37, with the oldest 97 and the youngest a 1-month-old baby.

asthma : a medical condition that makes it difficult to breathe - โรคหอบหืด