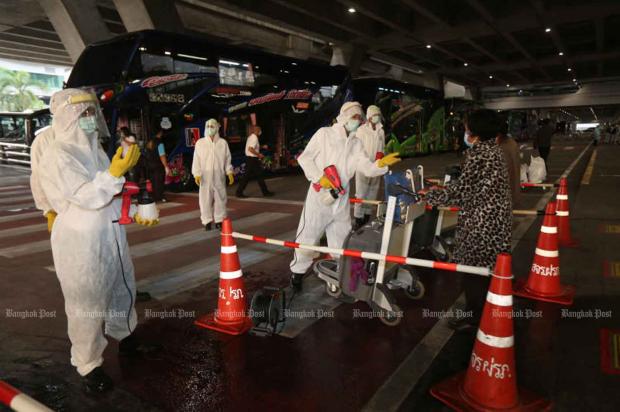 The government reported four new Covid-19 cases on Thursday, raising the total to 3,763.

There were two cases from Kuwait and one each from Japan and the United Arab Emirates.

The case from Japan is a Thai student, aged 24, who had a high fever on Oct 6. She arrived on Oct 21 and tested positive on Oct 24. She had a cough and phlegm.


The case from the UAE is a Thai masseuse, 40, who returned on Oct 23 on the same flight as three previously confirmed cases. She tested positive on Oct 26, and had a cough and headache.