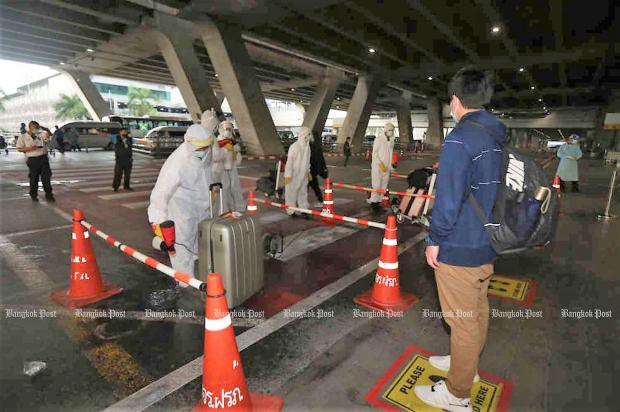 Sixteen new cases of the novel coronavirus infection were reported on Thursday, quarantined arrivals from seven countries, raising total to 3,942.

The new cases were from Kuwait, Qatar, Sweden, Switzerland, Turkey, the United Arab Emirates and the United States.

The nine tested positive 3-4 days after arrival. Six of them were asymptomatic and the rest had fevers, headaches, sore throats and excessive phlegm, a cough and weariness. They were quarantined and treated in Chon Buri province.

Two cases are from Kuwait. One is a Kuwaiti teacher aged 23. The other is a Thai man, a 44-year-old farmer.

The five other cases are from Qatar, Sweden, Switzerland, the UAE and the US. Only the man coming from Switzerland showed symptoms of the disease. Most are being quarantined and treated in Chon Buri.