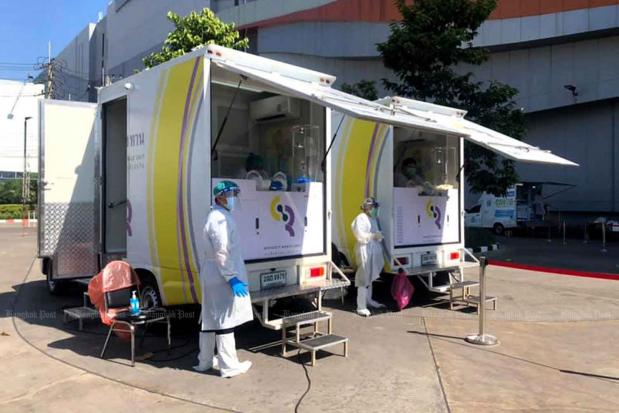 They included five coming from Switzerland and three from Myanmar, and raised the total number of cases to 4,026.

The cases from Switzerland were all Thais  - a male programmer, 31, a female student, 27, a 66-year-old housewife and two other women, both aged 56.

The three cases from Myanmar ere also Thai returnees - female and male company employees aged 43 and 44, and a woman, 25, who worked at an entertainment venue and who had sneaked into the country. All three were admitted to hospital in Chiang Rai province.


Two other cases were Thai returnees from Japan - a 24-year-old male and a 29-year-old woman farm worker.

The eight others came from Egypt, Germany, Israel, Kuwait, Sudan, Sweden, Turkey and the United States.

All the new cases arrived between Nov 16 and 30 and were asymptomatic.