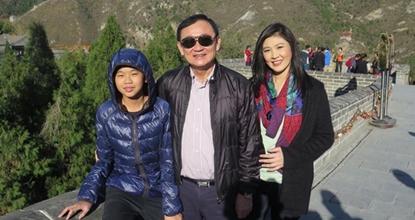 Yingluck Shinawatra, her son and older brother are acting like ordinary tourists at the moment, clearly enjoying their trip to Great Wall of China. 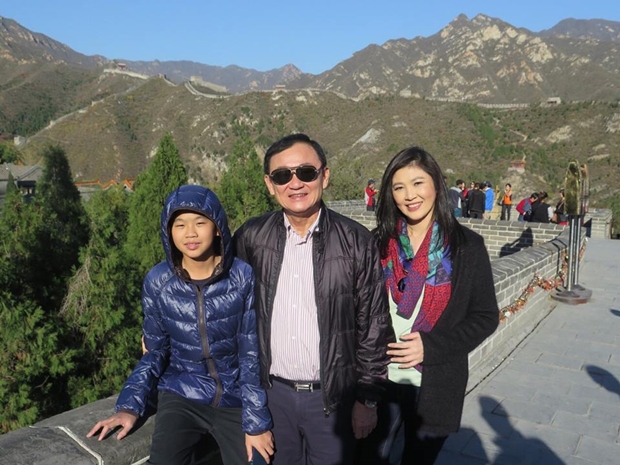 Former prime minister Yingluck Shinawatra is on her second trip abroad since her time as the country's leader ended.

Like her first trip to Europe, she is with her son Nong Pipe (น้องไปป์).

On this trip, Ms Yingluck first went to Japan where she met her older brother, former prime minister Thaksin. 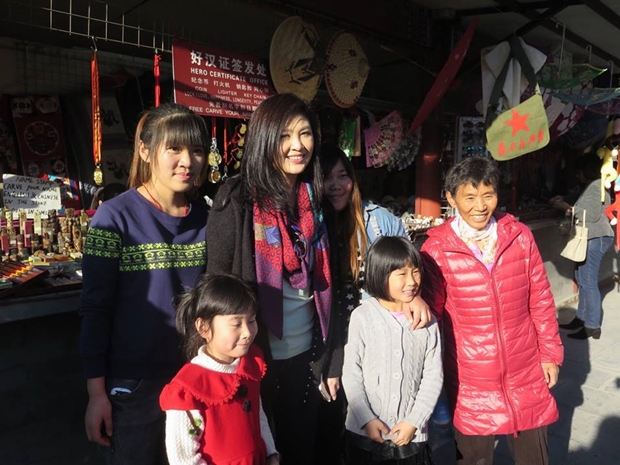 Ms Yingluck described the weather at the Great Wall as "comfortably cool" and said she had met many Chinese tourists there. Some of them, it seems, wanted a group photo.

Mr Thaksin has accompanied her to her next destination: China. There, they visited the Great Wall of China and Ms Yingluck posted many photos on her Facebook page. You can see two of them here.

Click "play" to listen to Thai tourists in China and "Download" to keep this file for educational purpose.

accompanied (verb): with someone else going with you - ติดตาม, ร่วมทาง, เดินทางไปด้วย