Singer-actor Rudklao Amratisha becomes a spooky granny in her first leading role, and the hardest part was being a convincing corpse

Rudklao Amratisha became the woman lakorn fans loved to hate last year with her bombastic performance as the enraged, menacing matriarch of a farming family in the TV drama Sud Kaen Saen Rak. Her character Yam was the subject of vehement criticism that almost sent the country's internet and social media into meltdown.

The role was also out of character for Rudklao, 46, who is mainly known as a singer, an actor in musicals and for her supporting role in the most recent big-screen adaptation of Jan Dara. If you don't know her songs, you'll have heard her voice alerting you to the next stop on the BTS.

Now we're set to see yet another side of her versatility, as Rudklao takes the lead as a grandma ghost in the upcoming horror-comedy Ar-ma, in cinemas from Aug 25. But Rudklao explains it took some convincing from Jan Dara director ML Bhandevanov Devakula, and producer and co-star Petchtai "Mum Jokmok" Wongkamlao to get her to don the wig and old-age make-up for the part.

"ML Bhandevanov Devakula asked if I'd like to be involved in the movie, to which I initially said no," Rudklao said.

"I turned down the offer at first because I thought I might not be worthy of comedy. Comedy is something that requires a lot of instinctive charisma and wit. Trying to impress your audience with humour is definitely not an easy job for me, especially when the co-stars consist of such professional, well-established comedians like P'Mum. 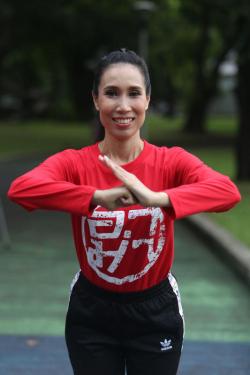 "It's true that I have been involved in comedy stints before, both on television and on stage. However, there are certain differences between both fields. Comedy on stage is rehearsed and exactly follows the script, while this project, as it seems to me, requires improvisation for most of the time."

But after further discussion, and having the script in her hands, the singer-actress realised the role suited her skills.

"Apparently, the character doesn't require the extreme comedy skills I thought, so I realised I'd be fine," Rudklao said. "And starring alongside professionals like P'Mum pushed me to work harder and concentrate."

Rudklao said having a lead role allowed her to explore and expand her acting range, but pointed out the success or failure of the movie did not rest with her alone.

"Sure, the movie revolves around the character Ar-ma, but the wonder would not happen just because of her. It's everyone's hard work."

The directorial debut of Badeekorn Lohachala, who has served an apprenticeship on several Mum Jokmok projects, Ar-ma depicts a family of Chinese descents who encounter eerie occurrences after the death of their grandmother (Rudklao) while they are waiting for the day her will is finally opened.

The actress describes Ar-ma as "a wealthy, powerful woman and sort of a mastermind".

"Still, if you think carefully, you'll find that she is also quite a miserable lady as well. She has been through a lot in her life, and is deprived of the love she should have received from her offspring.

"Acting-wise, it's totally challenging to portray Ar-ma because she is not just some granny. As the character is of Chinese descent, I had to master certain skills, like the Chinese accent and characteristics."

One of the hardest parts was being convincing as a corpse -- a skill that's harder than it sounds as it requires breathing without moving. Rudklao said it takes more than a little extra make-up to appear dead, and any mistake will be magnified on the big screen.

"I had to learn how to control my breath and how to exercise the respiration muscles. It's totally different from what singers normally do, so I had to start from the first step. Since the outcome is going to appear on the big screen, I needed to be very careful about it."

Some actors are worried that playing older characters will see them typecast, but Rudklao had no qualms about taking on a role decades beyond her actual years. Previously, there were scenes in Jan Dara when the role of Tao Pijitruksa aged significantly as the two-part adaptation spanned several decades.

"Acting your age may be preferable in public places and social situations, but when it comes to an acting career, it's another story," she said.

"I don't find acting much older than my actual age ludicrous or something to be ashamed about. I think it's a great thing to become someone I am not in real life. And I absolutely love that about acting. So, it doesn't matter how old my character is as long as I gain satisfaction from portraying it."

Rudklao also had a starting point when creating Ar-ma, as her own grandmother was of Chinese descent. However, she stressed the real woman was very different to the character who ended up on screen.

"She was just my inspiration, not a reference because their personalities are completely opposite. My grandmother was very soft and sweet, unlike Ar-ma.

"One thing that this movie is going to communicate to you is that the first people who truly love you and care for you are none other than your family. The joy of loving and receiving love can easily be found from family. And I think it is very important and there's a timeless charm to it." 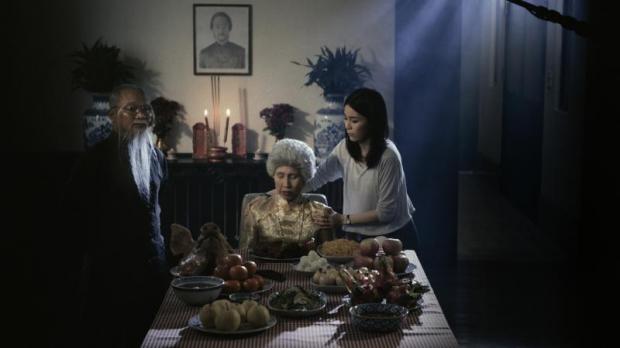 Having initially found fame as a singer, Rudklao's career has tended to veer toward concerts and acting in stage musicals. It has only been in recent years she has made her presence felt in film and TV. This year marks a shift, with all of her time devoted to acting in front of the camera instead of on stage.

"It just happens that I have more TV stints to do this year. Maybe musical producers are tired of me already," she joked.

"But I'm not going to turn into a full-time TV and film actress, or vice versa. I'd rather keep going back and forth between these two areas like this. They are both things that I am willing to be torn between.

"Everything that has happened to me during my time in this business is more than what I could've asked for. I've been so happy doing what I've been doing. I am satisfied with how things have turned out in my life now, even though it's messed up sometimes given that I am a freelancer who is obsessed with working and doesn't have regular working hours."

After roughly two decades in public eye, Rudklao has never been one to focus on creating an image for herself. She accepts the work that is most interesting to her and lets audiences judge for themselves.

"I think I am a self-centred person," Rudklao said. "When it comes to choosing work, I don't really bother to see how other people would think about my choice or care about the expectations they have for me. I like things simple. If I find a certain role interesting or think it gives me an opportunity to hone my craft and challenge myself, I'll just take it.

"I don't care about image -- not at all. I mean, don't you think it's exhausting trying to keep your image all the time?"

This extends to when she's out in the street, even taking a ride on the skytrain she lent her voice to.

"A casual fan once came up to me saying he'd seen me getting on the skytrain, but something prevented him from approaching me. He told me that and paused for a while. So I figured, I must have looked very, very bad on that day that he needed to think twice before saying hi to me.

"And it's quite funny in an endearing kind of way how that particular guy tried to make up an excuse with something polite. He eventually said, 'I thought you looked really plain on that day, so I didn't ask you to take a picture with me.' And I was like, 'All right, I get it.' " n