After the most fearful news to Thai people became real last Thursday, grief has spread fast across the land. As citizens express sorrow through mourning, wearing black and general solemnity, students at Silpakorn University, the country's leading university in the arts, decided to deal with the moment by turning their deep emotion into stunning nine portraits of His Majesty King Bhumibol Adulyadej.

Right after the official announcement that the King had passed away, around 50 students at the Faculty of Painting Sculpture and Graphic Arts quickly gathered, brainstormed and got their hands on what they can do best.

"Everything happened fast. When it comes to His Majesty, we didn't hesitate at all. We gave the nod, bought the equipment and started right away," recalled Wattanan Phadlom, a third-year student who was one of the painters.

The paintings now elegantly decorated on the university's white wall at Wang Tha Phra, just opposite the Grand Palace where mourners convene outside while the Royal funeral rites take place in the interior. The pieces -- which are painted on wooden boards attached to the wall -- have received the attention of passers-by who come to pay respects to the revered King.

In addition to Silpakorn, several other art students and faculties around the country have launched a similar project. Burapha University, Chiang Mai University and Khon Kaen University all have displayed large-scale murals of the King in the past few days.

At Silpakorn however, the tribute is particularly relevant. As the country's first fine arts university, Silpakorn was founded by Italian artist Silpa Bhirasri, who served the court of King Rama VI. Initially it was an art school set in the palace compound and later evolved into a university in 1943. Silpakorn's connection with court culture and palace art has remained strong over the past seven decades.

"We know that the King was capable of artistic endeavours, not just painting but also in music. This is the aspect we chose to present in the paintings," Wattanan said. "The fact that he was skillful and versatile also inspires me personally."

The paintings show the King in different artistic activities at various ages in his life. He was portrayed in the act of painting, playing the piano, taking pictures, sailing and playing the saxophone. Each individual piece stands on its own, though when displayed together, each picture is positioned so that the viewer's eye line is directed to the centre.

"To paint the portraits of His Majesty this time wasn't like any previous experiences. We were all in grief but at the same time we wanted to make the best out of it." said Wattanan. "To draw his portrait and make it look like the real him is hard enough but what's more challenging was to make him lively."

The portraits are dominated by a sepia tone. But the mood isn't all that sombre as the pieces have been highlighted by some bright colours, mostly yellow.

"Sepia reminds us of the good old days. It represents the sweet nostalgia and the memorable moments about him," said student Jakkapan Ounanunt, adding that the art direction was to make the pieces realistic and blend smoothly together.

The whole process, from getting the paint to putting on the mural, took three days, with more than 50 students and alumni coming together, working primarily at night.

To speed up the work, Supicha Sutanthavibul said painters first selected images of His Majesty, many being iconic photographs of him at work. Then the images were screened through a projector for the students to draft and create outline. They then finalised the sketch with paint.

The only obstacle for this artwork is the weather.

"It was raining but other than that there seemed to be nothing else to hinder us from finishing this," said Wattanan.

Tuesday was the first day the painting was exhibited and feedback was positive. Now the wall has become a major photo-op site for those who come to pay respect to the late King.

"We're glad and proud that we've made it just like what we planned. We saw people stop to look at them and appreciate them, some were even brought to tears. As people get the message of our pieces, they understand our intention. That's very rewarding," said Wattanan. 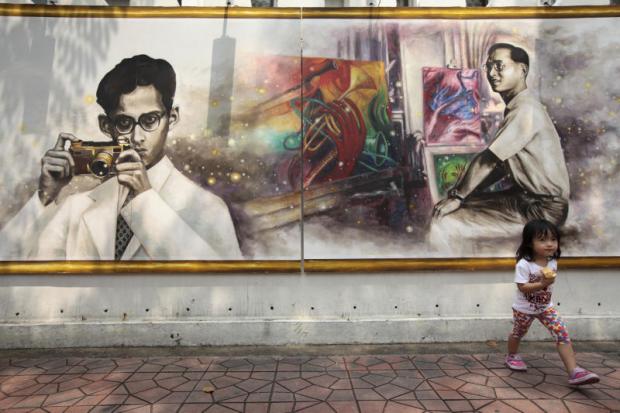 Some of the students who took part in creating the paintings. เสกสรร โรจนเมธากุล 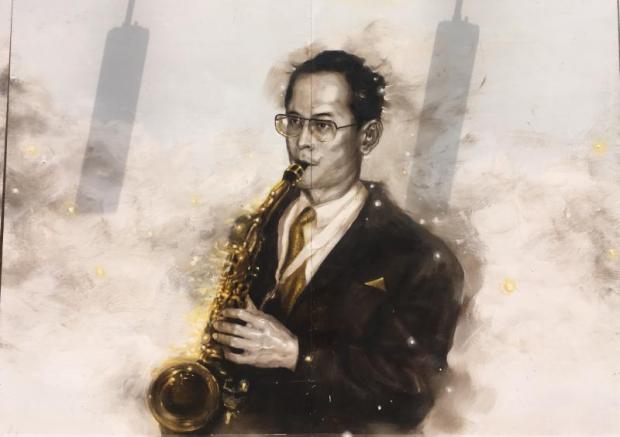 These works of art show His Majesty the King's favourite pastimes. 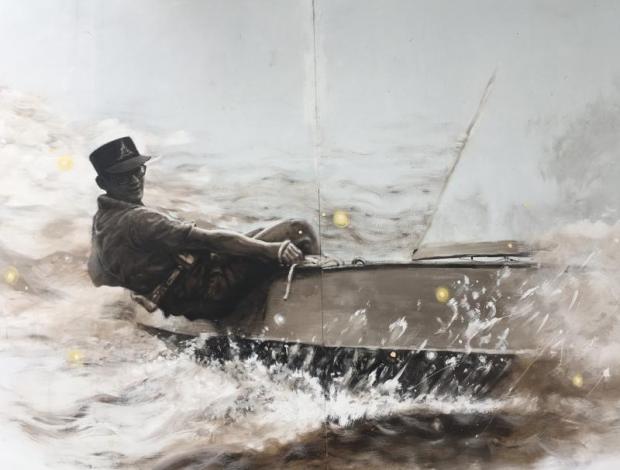 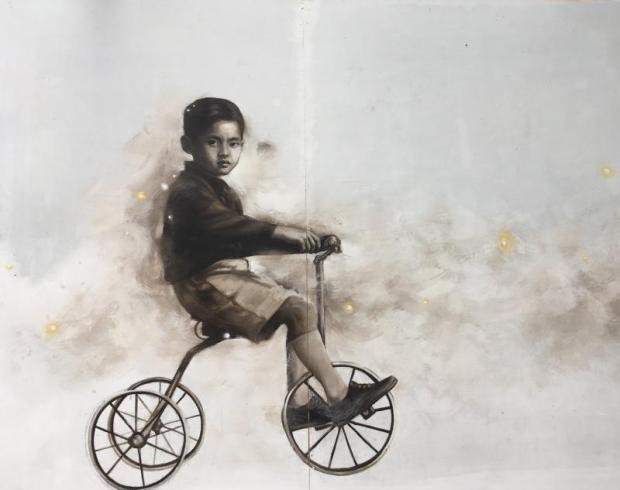 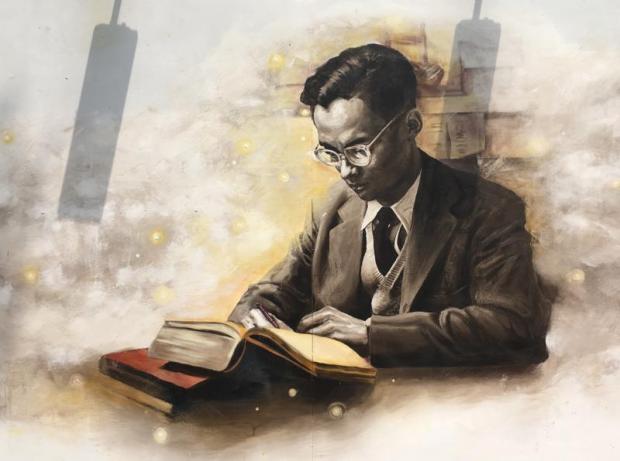 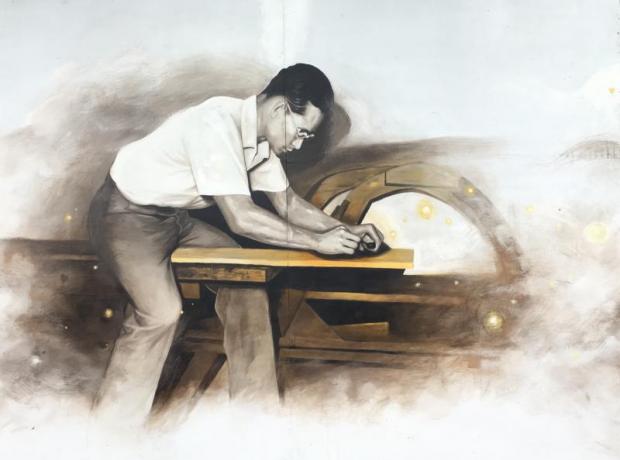 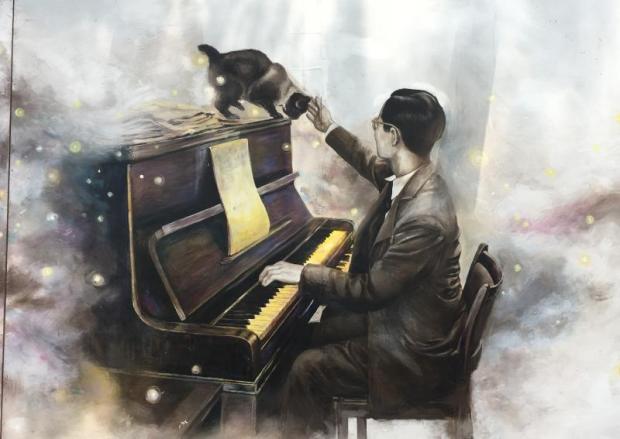