Our best films of the year
Life
Arts & Entertainment

Our best films of the year

Life offers its humble opinion on what shone brightest on the silver screen during 2016, the mainstream, the leftfield, and all between

As usual we have two lists, for titles released in local cinemas and the wider universe of world films shown elsewhere (and hopefully coming to our screens soon).

Without any high-minded agenda, we snub the weak, overblown franchises of superheroes and remakes that littered 2016 (Dawn Of Justice, Independence Day, anyone?) and instead go for the small, discreet charm of genre cinema, some old-school, others refreshing. We try to go outside Hollywood too, with the unending hope that non-American cinemas will have a wider exposure here on the Thai screens.

For the unreleased titles -- the terra incognita of movies -- we introduce you to challenging, exhilarating, or audacious storytelling and style, with some that express the urgency of life and calamities around it. These are not obscure, hyper-artsy titles but rich pickings that have circulated in global film criticism over the past 10 months or so. Some will make it to the screens in Bangkok too. I wish I had seen more so I could share more good news, but here should give you an idea of what's going on in contemporary cinema in the past year.

Dangerous eroticism and worldly woes coexist on this island off the Italian coast. Four characters, white and privileged, play out their favourite game of seduction in their summer villa; they frolic in the sun, nurse their ego, indulge in excesses, splash in the pool. This is also the island where dark-skinned migrants arrive like phantoms after their perilous journey across the sea. The four leads -- Tilda Swinton, Ralph Fiennes, Dakota Johnson and Matthias Schoenaerts -- are highly entertaining to watch.

Memories are ghosts, and so the marital drama 45 Years is in a way a ghost story. Charlotte Rampling and Tom Courtenay play an ageing couple living a serene life in a small English town when a letter arrives to inform about the death of a woman, and there follows a chain of unexpected feelings that unsettles the bedrock of the marriage. What a performance by Rampling.

David Mackenzie's bank-robbing drama is a story ingrained in the issue of economic inequality and rural despair, with the mood firmly anchored in the underbelly of an America still reeling from the post-subprime blues. Ben Foster and Chris Pine play robbers who hit the desolate part of Texas as they try to free their mother's home from a mortgage. Jeff Bridges, in cowboy swagger, is an autumnal ranger bent on capturing them.

Ryan Gosling and Emma Stone star in this delightful bonbon of a movie. Directed by Damien Chazelle (Whiplash) and now a front runner at the upcoming Oscars, La La Land is a musical set in, of course, LA, or mostly around its backlot studios and smoky jazz bars. It's packed with an old-school charm in a dusted-off package, with Gosling playing a jazz pianist and Stone an aspiring actress. In a year full of misery, the film's tuneful brightness is a consolation (opening next Thursday).

Director John Carney (Once, Begin Again) has carved out a pleasing corner in modern cinema: song-filled urban adventures about aspiring singers down on hard luck, with the only possible redemption through music. Back in Dublin after an outing in New York with Begin Again, Carney's latest film has the gritty, working-class charm of his Irish roots, with the story of a teenaged boy who forms a band to impress a punk girl. The songs are great, and the ending leaves you in hopeful tears.

Silly fun -- you forgive the first word when the second redeems it, and when the filmmaker is conscious of both the silliness and the fun. Russell Crowe and Ryan Gosling star in this retrofitted, 1970s-set comic noir about a pair of detectives -- one rough, the other bumbling -- chasing a can of dirty movie that's also involved pollution crime and political corruption. It's not deep but it has a sly wit, while the two stars' chemistry is infectious.

Isabelle Huppert keeps amazing us. She has two very good films this year, Things To Come and Elle (see the unreleased category). A repository of complex emotions, she plays a middle-aged woman dealing with a series of tumults, professionally, martially and philosophically. It's a rare gem hidden in the crowded programming -- not many people even noticed that this film by French director Mia Hansen Love opened in Bangkok before most territories in Europe.

The Korean zombie blockbuster sticks to genre convention and yet makes it slick. For two hours rabid half-corpses, cross-eyed and gurgling blood, chase the warm flesh of human survivors in a high-speed train hurtling through fallen cities while the father-daughter drama and the best and worst of humanity are duly represented. Expect remakes -- from Europe and Hollywood.

Robert Eggers' film is a low-key horror set in New England in 1630, before the Salem Witch Trials, but when the presence of Satan, real or deluded, is ripe in the woods of the new colony. A puritanical family is exiled from a community and lives by themselves at the edge of a wood haunted by a sinister force. The Witch hums with a sense of dread, of something subterranean, something that exerts its evil influence on the minds of these isolated, feverishly pious settlers.

We have two horror films on this list, that's great! This one by Iranian director Babak Anvari (though it's a British-produced film) is set in 1980s at the height of the Iran-Iraq War and a few years after the Islamic Revolution shook the country. The whole story is set in an apartment where a mother and daughter, after the father has been sent to the front line, experience creepy visitations of djinn, the bogeyman in the Islamic culture. This is a horror film as well as sly critique at an oppressive society.

By The Time It Gets Dark (Anocha Suwichakornpong); your name. (Makoto Shinkai); Everybody Wants Some!! (Richard Linklater); Tomcat (Klaus Händl).

Isabelle Huppert plays a company executive who's raped in her own house by a masked intruder, but her reaction afterwards is a devilish mix of insouciance and delicious revenge fantasy.

A documentary shot on the island of Lampedusa, where boat people fleeing poverty and war land in the thousands.

A wonderfully unclassifiable work, part formalist exercise, part detached observation, the film examines the life of various young women. The title refers to the opera Bluebeard's Castle (where, of course, women are locked up and killed).

A Sufi adventure in the bandit-infested desert of Morocco.

Chilean poet Pablo Neruda runs away from a melancholic police detective, who fancies himself a poet.

The Death Of Louis XIV

The King of France (the great Jean Pierre Leaud) lies on his deathbed surrounded by physicians as the force of mortality charges at him. Best when it's wry and mocking, the film is surprisingly tender in its unwavering study of a mortal man.

A fevered reverie and a canonisation of a saint as a sexual pilgrimage through the haunted Portuguese woods. The film is about a birdwatcher who gets lost in the forest and comes out of it transformed.

The Woman Who Left

President Duterte or not, senseless deaths on the street or not, the Filipino master Lav Diaz tells the story of injustice bathed in the sweat and blood of the common man.

The master of romantic awkwardness and male embarrassment, Hong Sang-soo's new film riffs on the old theme and makes it even more biting, more intriguing in the story of a man who keeps running into his lover, who insists that she's not the woman he thinks she is. 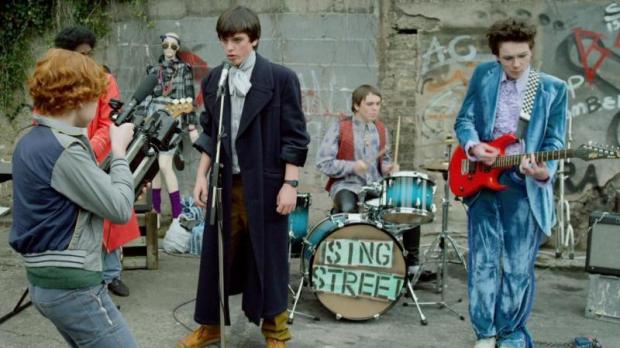 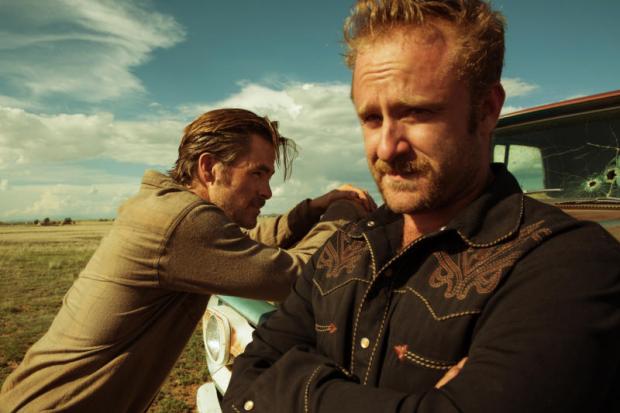 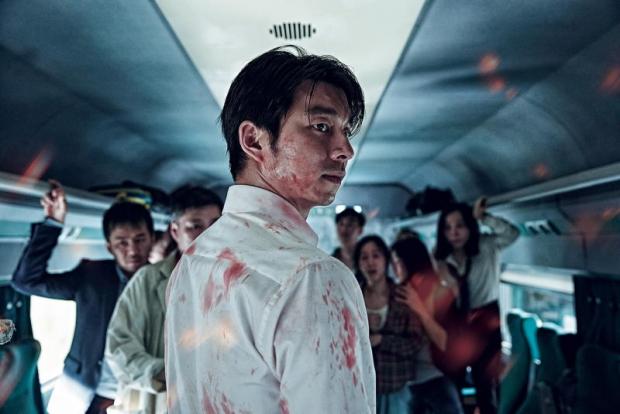 Under The Shadow. UNDER THE SHADOW (directed by Babak Anvari)