A Tranquil Trip to an Inner World
Life
Arts & Entertainment

A Tranquil Trip to an Inner World

The celebrated ambient pioneer continues to push the boundary with a sublime, immersive single-track soundscape that plays with the idea of generative music

It's interesting how something seemingly benign like ambient music can sometimes be a divisive genre -- not unlike, say, black metal or Christian rock. Some regard it as boring and often go so far as to reduce it to wallpaper/elevator music while others find anxiety-alleviating solace in its atmospheric, unobtrusive qualities. When English musician, producer and composer Brian Eno released his seminal Ambient 1: Music for Airports back in the late '70s, he had his own precise idea of what ambient music should be: "Ambient music must be able to accommodate many levels of listening attention without enforcing one in particular; it must be as ignorable as it is interesting."

This then creates a conundrum. How do you make music that's both ignorable and interesting? The equilibrium between the two is not easy to achieve and, in lesser hands, ambient music could potentially be nothing but forgettable monotony. With his long-running series of ambient records, Eno has always strived to reach this balance. His latest offering Reflection, a follow-up to last year's The Ship, is his most experimental and ambitious yet.

The album consists of just one track that runs uninterrupted for 54 minutes. What's more, apart from being released on conventional formats like CD, vinyl and streaming platforms, he also came up with iOS and Apple TV versions which would allow the music to expand, evolve and transcend the confines of space and time, hence creating a sound that "would unfold differently all the time – 'like sitting by a river': it's always the same river, but it's always changing." This concept of ever-shifting compositions is referred to as generative music, a technique Eno has been working on since the release of 1996's output, Generative Music 1.

Reflection opens with a set of blooming chimes. The notes are held, generating a lingering, rippling spectral effect. Spacey, eerie keys drift in and out of the composition seemingly at their own will. As the piece progresses, rhythmic and synth patterns take turns making their presence felt and heard. Strange frequencies -- some barely noticeable, some loud enough to the point of crackling -- swell out of nowhere, occasionally activating something akin to a bird twitter in the distance. As the music glides into its final minutes, a siren whistles. The reverberating bells return to the forefront only to eventually retreat back into silence, leaving no trace of its existence.

For fans of Eno's previous ambient works such as Music for Airports and The Plateaux of Mirror, Reflection should feel reassuringly familiar in its meditative mood and texture. For the uninitiated, however, sitting through an ambient track for close to an hour might not exactly rank on top of their priority list. If you happen to fall in this category, we'd like to urge you to invest in this body of work. Lock away your phone and allow your mind the space it deserves because, in the age of constant distractions and mounting modern anxieties, a work like this proves to be essential and more relevant than ever.

Bangkok's shoegaze champions Hariguem Zaboy are back with Semi-Sec, their first new song since their 2014 debut, Thick Mink. Here, the quartet channel their inner Bloody Valentine, deftly deploying a barrage of roaring drums, dense reverbs and hazy guitar effects. Frontman Rungsimun Suwiruttanapast's garbled vocals are still as indiscernible as ever, but to his credit, they do add to the overall production, giving it that extra layer of intriguing murkiness.

Hailing from Tessalit, Mali, Taureg blues rockers Tinariwen are, according to their social media bio, "poet-guitarists and soul rebels from the southern Sahara desert." Having risen from a grassroots movement in their war-prone motherland to international acclaim, the six-piece return with their forthcoming sixth LP, Elwan. Sastanàqqàm is an upbeat offering that highlights their knack for applying Western influences to traditional folk (the electric bass, by the way, is nicely redolent of that iconic bassline in the intro of George Michael's Faith). The song's message is both poignant and universal: "Tell me, Ténéré, how you and I/Can remain united, with no hate for each other."

London Grammar/ Rooting For You

"Let winter break/Let it burn 'til I see you again," so begins London Grammar's cinematic new single, Rooting For You. The song arrives four years after the release of their debut If You Wait, and it's nothing short of magnificent -- with lead singer Hannah Reid giving a slow-burning, mostly a cappella performance. "And I guess, I guess it is only/You are the only thing I've ever truly known," her vocals soar and glides effortlessly into a piercing falsetto as a small symphony swells behind her.

Hard Liquor, the second taste coming off Sohn's new album Rennen, sees the British producer/singer trading his signature R&B-leaning electronica for the harsher side of things. "My baby don't turn around/Leaves hearts scatted on the ground," he muses over the metronome-precise drum patterns. "My baby don't make a sound/As long as her hard liquor is never watered down." Sohn's voice takes on that blues rock edge that lends itself surprisingly well to the proceeding. Meanwhile, the song snowballs into a haze of intoxicating atmospherics, mirroring the effect of its title.

The xx/ Say Something Loving

After leaving us hooked on their lead single, On Hold, the British trio follow up with Say Something Loving, the second cut taken from their just-released third LP, I See You. Sampling a vocal hook from Alessi Brothers' 1976 classic Do You Feel It, the track finds Oliver Sim and Romy Madley Croft harmonising the dialogue-like lyrics: "Say something loving/I just don't remember the thrill of affection…Were you really looking for me?/Try your best to reassure me/I wasn't patient to meet you/Am I too needy, am I too eager? Though less upbeat than its predecessor, there's a tinge of uplifting brightness that lurks beneath the melancholy surface. 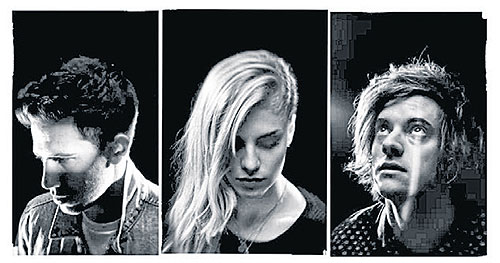 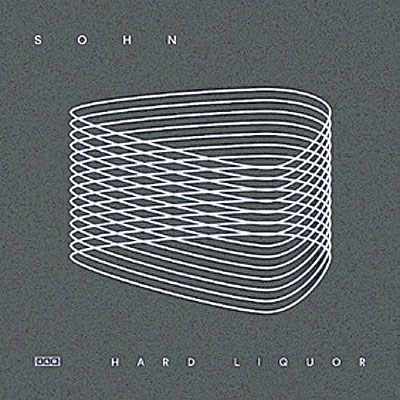