Variety-show cliffhanger: Who will win?

The mystery will be revealed tonight.

The rage of Thai television of the moment, The Mask Singer -- a singing contest in which contestants wear masks to hide their identity -- reaches the climax of the season as two masked singers, Durian and Black Crow, will contend for the Champ Of The Champ title.

Previous episodes were pre-recorded but the TV show has over the last three months become a blockbuster, leading to tonight's live broadcast that allows viewers nationwide to vote for the remaining two contestants.

People have questioned how wearing the wacky full-face mask doesn't affect the acoustics when contestants deliver epic performances. In previous rounds, Durian donning the spiky mask gave show-stopping renditions of Sam Smith's Lay Me Down and Adele's Set Fire To The Rain. Likewise, Black Crow's big beak doesn't get in the way when belting out The Cranberries' Zombie and 4 Non Blondes' What's Up.

Social media along with the show's judges speculate that the Durian divo is actually Isara "Tom" Kitnitchee, a singer of the band Room39; while the Black Crow is Jirakorn "Ae" Sompitak, another pop singer.

Originally a South Korean TV show, Workpoint Entertainment's adaptation features celebrities singing their heart out but disguised under fanciful costumes. They have to take off the mask when declared loser, based on a popular vote from the judges and studio audience.

Surprising losers included actresses Rachwin Wongviriya as the Wild Boar and Nida Patcharaveerapong as the Nurse, as well as Nok Air's CEO Patee Sarasin as the Eagle.

Last Thursday's episode between Durian and Kangaroo had the latter revealing himself as singer Palitchoke "Peck" Ayanaputra, whose charisma and singing prowess, however, won the audience's hearts. Consequently, Peck Palitchoke is now the talk of the town, serving as a lesson that artists should be appreciated for their talent and not prejudiced fuelled because of gossip.

Tonight's Durian-Black Crow battle is expected to be just as sensational or even more so. Workpoint Entertainment has further responded to the show's popularity by staging an already-sold-out concert featuring the finalists and other celebrity-contestants, scheduled for April 2 at KBank Siam Pic-Ganesha Theatre. 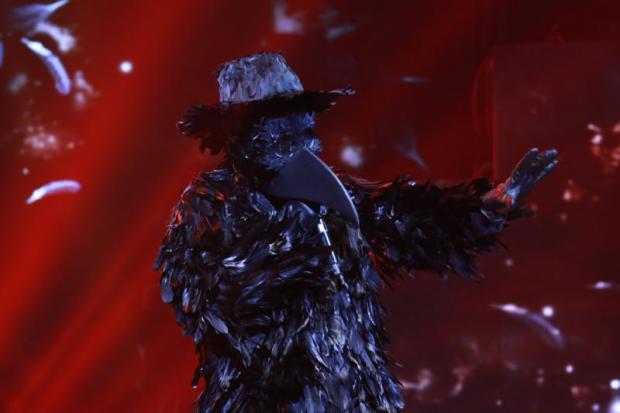 Building a culture of reading