The Concept Of Self: On Power, Identity And Labels
Life
Arts & Entertainment

The Concept Of Self: On Power, Identity And Labels

A group exhibition featuring nine artists from Thailand and Indonesia, "The Concept Of Self: On Power, Identity And Labels" is a dissection of contemporary cultures and how they mould and alter individual lives, gender, social power, and the ideologies of class structures. 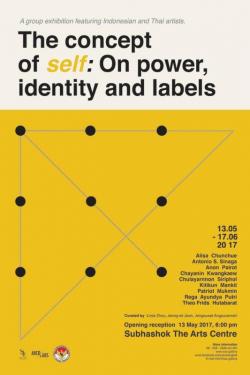 Famed illustrator Wisut Ponnimit returns with LR, an interactive art installation conceptualised to challenge viewers to choose by moving from the left screen to the right and vice versa in order to complete the work's narration.

The photographs of Shane Bunnag reveal a soul ever in touch with the elemental spirits. In this instance, they concern the nature of Mani, the fabled peninsula of Greece, which was his childhood home. His technique is to capture the soul of each site through long exposure shots of his model dancing in worship of the local gods.

"Grey Area" features works by Angki Purbandono, a well-known photographer from Yogyakarta, Indonesia, who created a series of photographs from 2012-2013 while he was imprisoned. The artist used his time in jail to reproduce artwork based on community relations within the limits of space, place and equipment.

In "Defendant Of Love", four artists (Chomphupak Poonpol, Napatsakorn Nikornsaen, Nuttinan Phukama and Athapha Rattanaphongthara) look at the complex dynamics of romance and the role of women in a relationship. The title is borrowed from a popular Thai drama in which a man abducts a woman, who later falls in love with him. 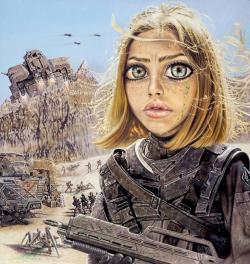 In "Never Never Land", 12 artists and thinkers, local and international, have been asked to imagine what a world (either utopian or dystopian) would be like without one of the fundamental elements that shape today's society, such as a world "without nepotism", "without war/army", "without capitalism", "without feminism", "without religion", "without Facbeook".

This exhibition by Anchalee Arayapongpanich presents a series of bold and fanciful paintings inspired by thriller and horror movies. The artist appears in every painting, imitating various portrayals of famous actors in her favourite Hollywood blockbusters.