published : 24 May 2017 at 04:00
newspaper section: Life
writer: Parisa Pichitmarn
"A New Interpretation Of The Paradoxical World".

Inside the intimate and cubic space of Nova Contemporary, a sense of serenity welcomes all visitors with monochromatic pictures of animals on the walls and clear plastic bunnies in the centre of the floor. The mild, seemingly plain artworks of animals on the walls don't beg to be photographed, but then again, pictures of them wouldn't do justice to the real thing anyway. They need to be seen up close through your own eyes.

Nova Contemporary celebrates its first anniversary by reeling in Narissara Pianwimungsam for a debut solo exhibition for the first time in six years. In the artist's exhibition "A New Interpretation Of The Paradoxical World", thread is the main hero, as the painstakingly needled strokes free-handedly fill in the creatures on her canvases. If you look hard enough, thread is also attached here and there lightly to the bunnies on the floor.

Narissara is better known as a painter and was also a recipient of the 15th Silpa Bhirasri Creativity Grants from Silpakorn University in 2016. Yet, after the death of her father and dog, the Silpakorn graduate stopped painting for many years. It was only recently that she found that using her hands to embroider and sew offered solace and a healing effect to the human heart. 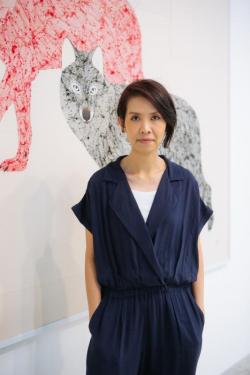 The result is a stunning collection of animals that look like they were pencilled in by hand but are actually meticulously shaded in by thread, one line at a time. The understanding of animals is universal and for this reason, the artist chose them as her subjects which people can relate to in their subconscious, in their own way.

Narissara may have roughly pencilled in an outline before she started embroidering, but the depth and variety in shading have all come from wherever her hands decided to take the needle.

Whatever her technique is, it is fascinating to see how the threads bunch up together at certain spots, a process that is sure to take much time and dexterity in order for it to not come out like a tangled jumble. To be able to exert control over string is a wonder to witness, even more so in an age of instantaneous gratification where today's ill of digital fixations does not necessarily allow us to be more harmonious despite the vast amounts of information at our fingertips.

Modern-day urbanites would appreciate how Narissara's works remind us of the sense of fulfilment and wholesomeness from creating something with our own hands -- a skill that we see less of as the shift moves to the intangible on screens.

There's definitely something more trying about creating art by weaving thread repeatedly, rather than just splattering paint over everything. The manually demanding aspect of it surely gave a soothing effect on the artist, but it is also just as restorative for audiences to see, especially on such a grand scale.

"A New Interpretation Of The Paradoxical World" is on display at Nova Contemporary, Soi Mahadlek-Luang 3, Ratchadamri Road, until May 31. The gallery is open Tuesday to Sunday, 11am-7pm. 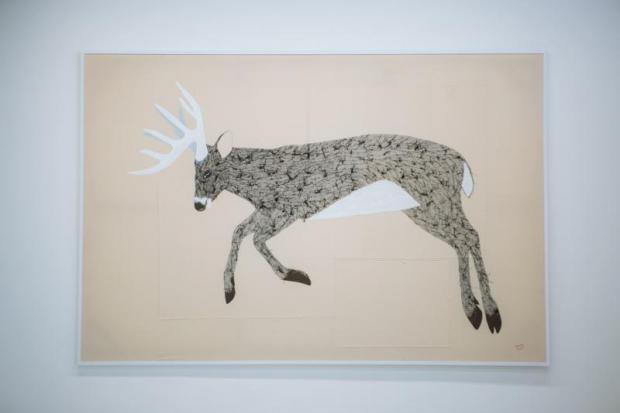