The art of exile

The snowy mountaintops of Sweden, France or the United States, painted on Paphonsak La-or's canvases, aren't dispatches from the artist's overseas travels. 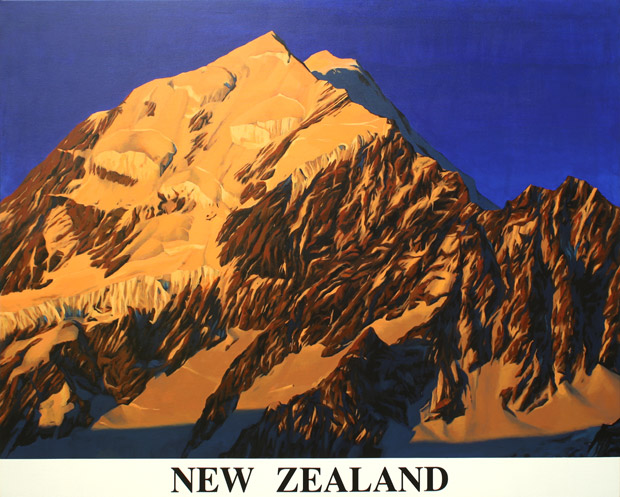 For the past three years, Paphonsak may have remained locked away in his Chiang Mai studio, hard at work, but that hasn't prevented him from sharing the feelings of those who are far from home.

In his current exhibition at Artist + Run Gallery on Narathiwat 22, he depicts their internal landscape in vivid, realistic panoramas, sending a deeply humanistic message to viewers.

In 1909, Far From Home -- or Klai Ban, as most Thais know it -- was the title given to the collection of letters King Rama V sent to Princess Nibhanabhatala during his tour of "civilised" Europe, a time during which the homesick monarch sent many postcards to his loved ones. 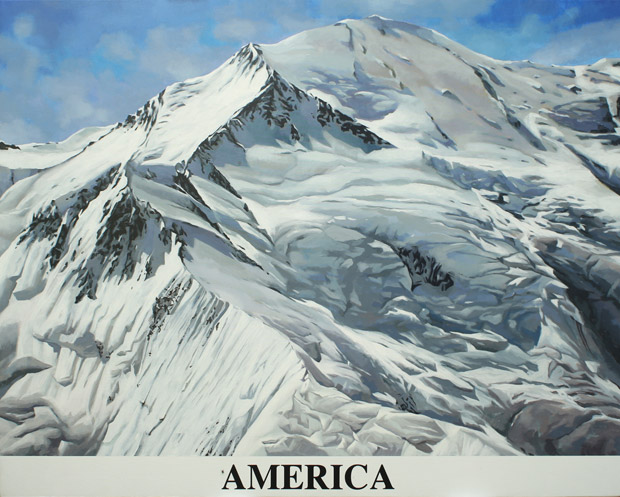 Far From Home, the 2017 edition, takes after this book and series of postcards -- only in his exhibition of the same title, Paphonsak alludes to the sorrow of contemporary Thai subjects forced into exile following the May 2014 military coup.

"I don't want them to just disappear from people's minds," the artist said. After a time of deep polarisation, party politics, colours and dissenting views have been silenced. But Paphonsak's works aim to serve as a connecting platform between "us" and "them".

Twenty-nine acrylic paintings of mountain views hang on the gallery's walls. Thirteen different countries are represented in this mosaic of sorts, including France, Finland, New Zealand and Japan -- all nations where Thai political exiles have sought refuge following their flight. 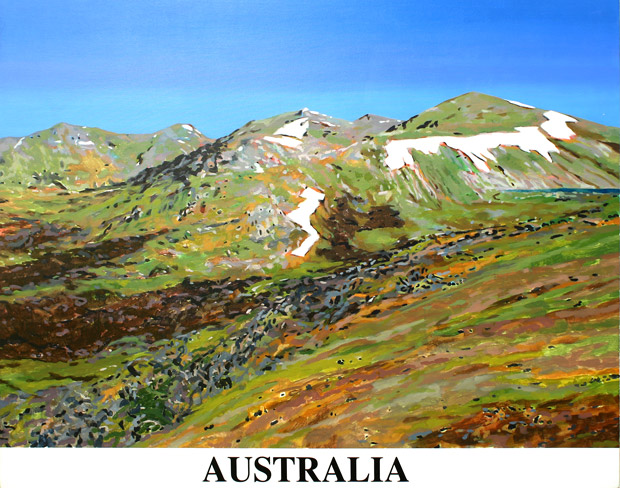 While the pastoral scenery, solitary peaks, deserted valleys and immensity of nature portrayed may give away a romanticised view of exiles' condition, Paphonsak's paintings do grasp their plight and hardships -- their loneliness in the face of a new environment, where everything is to be built again.

"Nature belongs to no one and everyone, therefore it unites us," gallery owner Angkrit Ajchariyasophon adds, showing off the paintings, especially the artist's initial work in this series -- an unknown landscape view titled Somewhere.

The painting is a reproduction of a photograph taken by academic Somsak Jeamteerasakul during his journey out of Thailand. The controversial former Thammasat University lecturer, who fled the country after being summoned by the military and who faces lèse-majesté charges, posted the photograph on his Facebook page last year. 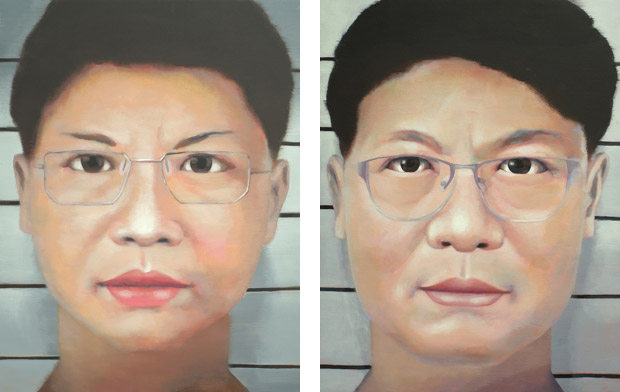 The face of exile: Artist Paphonsak La-or merged the portraits of 29 Thai political refugees into one.

This sparked Paphonsak's interest and became the source of inspiration for his latest show.

After having tackled the repercussions of the 2014 coup for Thais at home in his previous exhibition, "Silent No More" at Lyla Gallery in Chiang Mai, he turned his attention to those who suffer consequences abroad. In that show, the 34-year-old Chiang Mai artist painted scenes of Japan's nuclear-disaster-affected Fukushima area, using images obtained from Google Street View. The point he was making is that Thailand, like Fukushima, looks perfectly normal, but not everyone wants to live there.

The artist, who was born in Nonthaburi and grew up in Bangkok, studied fine arts at Chiang Mai University. There, he became captivated by the humanities, especially political science and anthropology.

"It was at the time when the Midnight University was booming," he says of the online publication, which provided academic articles as well as a free space for Thais to discuss social issues and politics.

When the website was shut down following the 2006 military coup, Paphonsak went on to read the works of Thammasat University lecturers -- among them the Nittirat-group scholars as well as Thanet Wongyannawa and Somsak.

"It felt like someone had just hit my head with a hammer and I woke up anew," he joked.

Like several artists of his generation, Paphonsak is critical of the military. While older artists were probably shaped by the "Black May" 1992 protests and the rise of unbridled capitalism, therefore directing their criticism towards politicians and investors, Paphomsak belongs to another generation of Thai artists, who've lived through a convulsive period of street protests, two military coups (of 2006 and 2014), and a protracted sense of uncertainty that has driven many away from Thailand.

"I belong to a lost generation that has witnessed two military coups in less than a decade," he adds, referring to the curtailment of rights and freedoms.

His exhibition has been on show in the same street when two weeks ago the police and the military came to "inspect" the works by two other young artists, Tada Hengsupkul and Harit Srikhao -- both commenting upon the political situation of the past decade.

But Paphonsak's message is one anchored in humanistic philosophy. "Far from Home" is descended directly from one of the artist's previous works, Piano Concerto No.5: The Emperor.

Inspired by the troubled political climate in Thailand and its divide, the collages he created in 2012 and 2013 depict a society that is losing its sense of hearing -- just like Beethoven lost his while composing his seminal piece.

Evidently, this split among Thais has not disappeared, or Paphonsak wouldn't have to renew his plea for his compatriots to listen to each other and acknowledge each other's humanity.

The second part of his current exhibition is a series of portraits, in which the faces of political exiles have been merged into one. The paintings, titled "Them", resemble criminals' computerised identity sketches.

It's not hard to see the parallel between these mugshots and the demonisation of political dissenters in Thailand -- especially those highly controversial figures who have been charged with lèse-majesté.

"We may not always agree with them, but we must respect them as human beings, not drive them out of the country" Paphonsak says, hoping that his exhibition will draw empathy or at least consideration for political exiles.

Three years after the coup, over a hundred of those who fled Thailand following the military's takeover are still left wandering in neighbouring countries, unable to resettle in a third country.

Paphonsak has saved a blank canvas for each of them and promises to paint new mountain views as soon as they find asylum. For the moment, the canvases are lying around Artist + Run Gallery -- as part of the exhibition.