There's something strange and magical about Nakrob Moonmanas' artworks. Known for his whimsical collages which dice and splice traditional Thai imagery with that of the West's, it's almost impossible not to go in and have a closer look.

In his first full-scale solo exhibition called "Sacrifice", which launched last week at Bangkok Art and Cultural Centre (BACC), John Everett Millais' classic painting of Ophelia is joined by Phra Ram and Phra Lak from the Ramakien epic, holding her as she floats down the river. Jean-Honoré Fragonard's rococo masterpiece The Swing now has the pink-dressed woman swinging through Bangkok's historic Giant Swing and Da Vinci's The Last Supper replaces Jesus and his 13 apostles with Buddha and his 13 disciples.

The works engender a similar tongue-in-cheek feeling to Banksy's modifications of classical artworks. Many of Nakrob's works, like La Mort De L'Art -- a wood carving crucifix of Ganesh -- engender both shock and a good laugh, but the artworks are definitely much more subtle in meaning. For the past few years, Nakrob has made it his goal to unfreeze Thai culture. 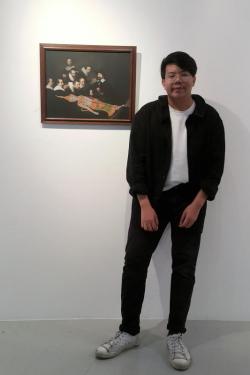 To the frustration of cultural and religious conservatives, Nakrob freely plays around (with no disrespect in mind) with Thai imagery and literature, placing characters and symbols deemed "Thai" in completely different contexts to form a new narrative in the hopes of having them become more tangible to the public.

"It's about contrast," he said. "It's about how Thainess is locked up in this cage. But I believe that it can get out of that cage."

Because Nakrob majored in Thai, which emphasised Thai history and literature, he was able to see the different angles, perspectives and thought processes which our ancestors worked with. Last year, he gave an eye-opening TedX talk on breaking down and interrogating symbols of Thainess by deconstructing the architecture, language, greetings and even the national anthem to show that these "pure Thai" customs were actually influenced, constructed and essentially made into being by other traditions and cultures.

"People in the past had a lot of humour," he explained. "They were extremely creative and they didn't care what style or structure they were building things as. They would build temples mixed with Western architecture, Chinese architecture or Indian architecture. There was no restriction for them."

Nakrob, with his collages, is simply doing the same.

"Thais in this era restrict [creativity]. They say this and that is Thai. It has to be this pattern only. It has to be this gold only. It causes Thai culture to disappear because people now think that it's intangible. I think people are distant from Thainess because we don't really understand it. And the people who teach Thainess [teachers and parents] don't really inspire us and they don't really appreciate Thainess in terms of creativity, but in terms of it's something that's high, sacred and untouchable." 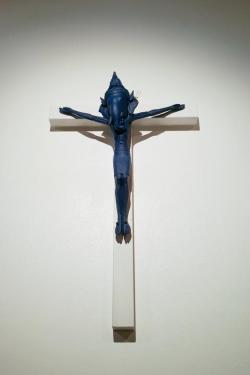 At 26, Nakrob never expected to be a full-time artist. It all started after rediscovering the art of collage after enrolling in an art elective at university.

"Before we had to create a piece of art, we had to create a mood board which talked about what the artwork was trying to say," he said. "So I cut my magazine clippings and images that I collected and I used those on my mood board. I found out that it was fun to pick up something that already existed and create new narratives with it."

Creating collages in his spare time and posting them on his Facebook page, his works were soon picked up by publishers, eventually landing him small jobs for small galleries, and helping him get to where he is today.

It's not been a smooth ride though, as he has received criticism for "disrespecting" the images.

"There have been issues and drama with not only the usage of images of [the late] His Majesty the King, but with religion, as well," he said. "But I am picking and choosing these elements because I want to place them in a new context. I am using them to illustrate their sacrifice. It doesn't focus on the negatives, but I believe it's actually positive. At least it's an adjustment that could make [these images] last longer."

"I feel that to 'sacrifice' is the act of being selfless, to worship and to pay homage to something," he continued. "In this project, I am paying homage to artists, thinkers, and people of the past. Especially with college work, if there was no past, I wouldn't be able to build something up.

"In addition to that, making collages is another form of sacrifice, because I have to cut and sacrifice what I collected in order to create something new. Sometimes it's necessary when we have to adapt the old to become the new. If you don't cut out or improve anything, it'll be forgotten. Sometimes we have to agree to sacrifice something for a better future." 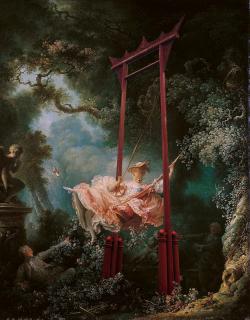 For the future, Nakrob is looking to work with more mediums on the same theme of unfreezing Thai culture and Thainess. "I feel like there are issues that I still want to cover and it's unending," he said. "I can play with it all the time, but I'll probably make it into a form that's more fun -- like animations, sculpture or even clothes and furniture. I want to play with new techniques and new platforms."

As for now, it is the job of teachers, parents and the current generation to create this change.

"The teaching and inspiring from teachers and parents, it has a lot of influence on the way a child will think in the future," he said.

"If it starts with our generation inspiring the younger generation. I feel like Thailand in the future will be a lot more fun than it is now. We'd be able to play with Thainess more.

"We'd get to see Thainess in the form that's cute, that's interesting -- to the point that it's part of our lives, so it's not something intangible." 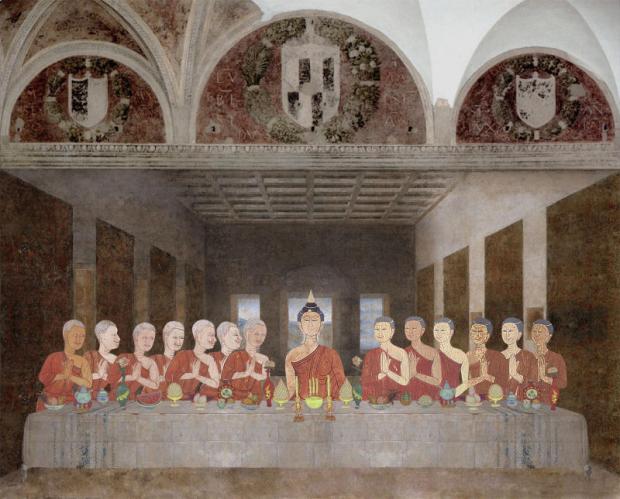