A treaty for peace

Following the two-decade-long Napoleonic Wars, Europe, not least France, licked its wounds and agreed "never again". Then they set about making a lasting peace. They felt able to do it. It was the Age of Reason and they were was intelligent as one could be in 1815. 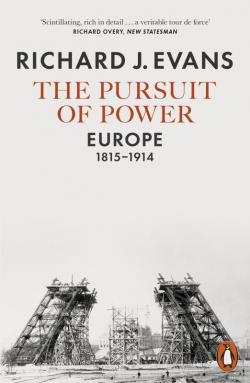 The existing map of the continent was torn up and a new one drawn at the Congress of Vienna. It was decided that differences be decide by negotiation, not war. While it didn't turn out as amicably as hoped, it worked pretty well. There wasn't a major conflict for 100 years.

In The Pursuit Of Power British historian Richard J Evans traces European history until the outbreak of the World War I. It's replete with glossy illustrations, maps, bibliography and index. Never dry, keep in mind that it is a history book, not a novel.

Often, he focuses on an obscure albeit factual person and shows how he was representative of his period. The author emphasises that Ottoman Turkey played a key role in the continent's events all through that 100 years. It occupied the Balkans, only gradually driven out.

Imperialism was in full force. Britain, the supreme sea power, had gobbled up the best colonies. Africa and Asia were considered up for grabs. Japan, opened by America, was as greedy as the rest. Minor wars were fought over this or that piece of territory.

Evans discards bringing civilisation/God/morality to the heathens as reasons for colonising them. Nor were the mother countries kind to the natives, massacres being common. In Europe the major (and minor) powers were forever faking one another out, Germany's Bismark proving best at it.

The assassination of the Austrian grand duke and his wife by a Bosnian teenager didn't initially seem a worthwhile reason for a mass conflagration, yet a month later, the globe burst into flame. The Treaty of Vienna was tossed into the bin of history.

It may be said that the Treaty of Versailles in 1919 did more to bring on World War II than to prevent it. Perhaps Evans will pen another history book, about the century since. 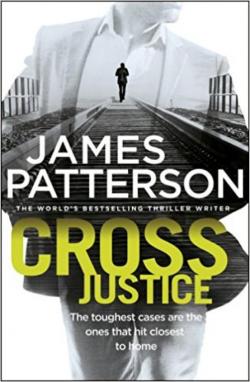 Rape is one of the most heinous crimes and one of the most difficult to prove beyond a shadow of a doubt. When there is intercourse, the woman's cry of rape is countered by the man's assertion that it was consensual. Who is lying?

As both are true -- men do rape, women do make the false claims -- and there are no witnesses, it comes down arguments in court between misogynists and misandrists. Statuary rape is something else again, as the boy or girl is below the age of consent.

Novelists writing stories about rape also have the problem of whether to deal with the charge at face value. Couldn't she have avoided it (with a knife at her throat?). As James Patterson notes in Cross Justice, there are ways of making women too helpless to resist.

Perhaps the most effective way is her being given a date-rape pill without her knowledge. Which is what the school coach slips his students. But as Sarah explains, Mr Tarde is also on drugs and is an alcoholic as well, which drives the coach into rages. Did he murder a boy in a drug-fuelled rage?

To the investigating police in the North Carolina town of Starchville it's an open and shut case. To his relations, he's being framed. Sleuth Dr Alex Cross is called in. And his cousin Naomi agrees to defend Tarde. A good deal of the story is set in the local courthouse.

While Cross uncovers the secrets of the community in which he'd been born and couldn't wait to leave, Naomi tackles the law enforcement officers on the stand. They stick to their stories.

Sarah's rape testimony and the evidence are against her client. Cross brings in the FBI, who find discrepancies in the testimonies. Their focus is on the drugs found in his possession that he claims were planted. Who is the drug lord bringing them in? Cold (unsolved) cases are reopened.

This reviewer expects twists and turns in crime thrillers, but in Cross Justice the author doesn't know when to stop bringing them in. There are so many, the plot resembles a pretzel. For whatever it's worth, Sarah lied. Feminists won't approve.

I have the impression that James Patterson on his own and with co-authors publish at least one book every two months. Keep up the good work.