Put some schoolin' on ya
Life
Arts & Entertainment

Put some schoolin' on ya

This year marks the 100th anniversary of the birth of a New Orleans musical legend: Henry Roeland "Roy" Byrd, better known as Professor Longhair or just plain "Fess". He was born on Dec 18, 1918, in Bogalusa, Louisiana, and later moved to New Orleans with his mother. 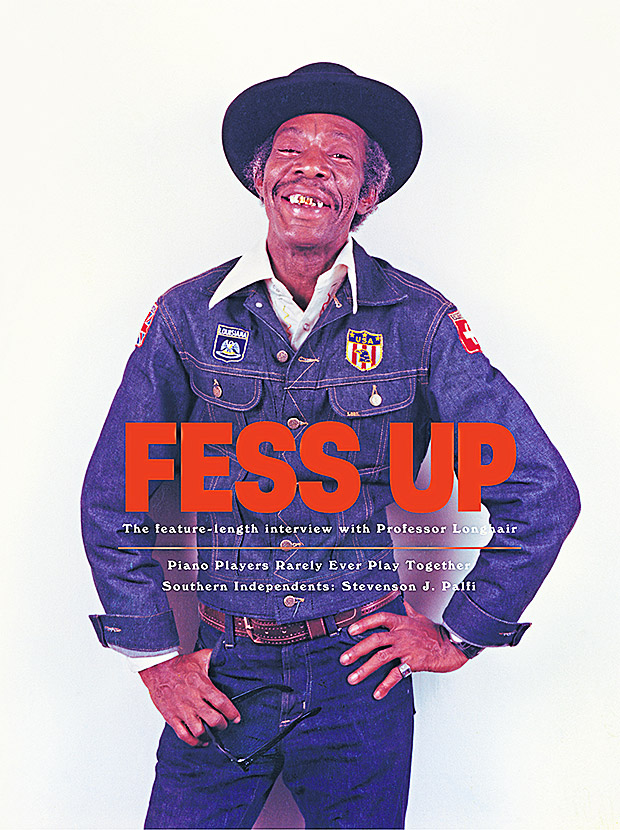 He began his career in entertainment as a street dancer -- dancing in front of his friends who would play on home-made instruments. But he had also spent a lot of time trying to figure out how to play an abandoned piano that was missing several keys. His unusual technique developed from this (interestingly the jazz pianist's jazz pianist Art Tatum also learned how to play broken pianos and liked nothing better than being given a broken one to play so that he could work out how to get around the missing ivories).

All this and much more is contained in a new boxed set of 2 DVDs, Fess Up which has just been released. This delightful package, created by documentarian Polly Waring, contains two DVDs and a 38-page booklet that features essays and many unpublished photographs of the great man. One of the DVDs is a remastered version of the 1982 film documentary, Piano Players Rarely Ever Get Together, which was directed by the late Stevenson Palfi (Waring's husband) and features three great New Orleans pianists: Fess, Tuts Washington (Fess' mentor) and Allen Toussaint (one of Fess' acolytes) rehearsing for a concert.

I've seen the documentary and apart from the great playing, which at times is sublime, one of the most interesting aspects of the film is how Fess took over to direct the other two, talking in a language (piano-speak?) that only they seemed to understand. You can see some clips from the original documentary on YouTube. Sadly, Fess died suddenly during the filming of the documentary (footage of his funeral service plus comments from family and friends is included in the film), just as his stop-start musical career was taking off again. He was just 61 years old.

All new genres of popular music need bands or solo artists that prefigure the final form of the genre. Fess was one of those musicians; in his case, he helped create some of the architecture for the development of rhythm and blues (which would later morph into rock'n'roll), introducing his distinctive "triplet" style with his right hand, while pumping out basslines with his left hand that had, as Scott Joplin used to call it, that "Latin tinge" (Fess played with Cubans and Jamaicans in the 1940s).

He introduced the Cuban two-celled clave to the music, which is why his landmark singles, like Going To The Mardi Gras and later Big Chief (both standard songs for every Mardi Gras in New Orleans) have that rolling, shuffling beat. And that is not all. As one of Fess's devotees, pianist Dr John notes, Fess also was one of the first to develop funk rhythms, which in his case comes from using the clave without swing. This organising principal would help develop New Orleans' funk music and through drummers schooled in the funk, would end up in the hands of James Brown. The rest, as they say, is funk history.

Paris-based photographer Brenda Turnnidge was in town recently on a nostalgic tour of the Kingdom. She lived in Thailand during the mid-late 1970s, mainly in Songkla and Hat Yai, before moving to Bangkok, where she worked as a radio DJ for, I think, FM 107, which was modelled after a Los Angeles-based radio station called, I believe, the Quiet Storm.

Brenda's partner is Pierre Chabrele, whose trombone work can be heard in the shows and albums of many of Paris' top musicians and bands, including Salif Keita. He has recently joined up with a group of like-minded senior musicians to form a new reggae-dub based band, Roots Heritage. The band has a recently-released debut album, Levelution, which was produced by the veteran London dub man Mad Professor, one of my favourite producers (along with Dennis Bovell) when I lived in South London during the 1980s.

Chabrele also has some interesting solo projects as well. Of particular note is a 2017 release with his original band Clan Destin, La Vie Mawe Crisis, which features some really great drumming from Cameroonian Brice Wassy. Both CDs are highly recommended and can be purchased on line at CD Baby.