Exhibition on the lives, hopes and struggles of LGBTQ folk aims to appeal to our common humanity

Sudaporn, who's straight, explored gender fluidity and society's LGBTQ (lesbian, gay, bisexual, transgender and queer) inclusion in her works, which began with the loss of a dear friend who was a gay man. At her friend's funeral over a year ago, she met his boyfriend and began contemplating love and gender boundaries, which eventually sent the artist on her road of discovery into the local LGBTQ community.

"I was inspired by a beautiful love," said Sudaporn. "Then I started to ask if the situation for them is actually better now. Are people actually equal to one another?"

The first thing Sudaporn showed us at the opening last week was a video featuring an interview with her deceased friend's partner and several Thai gender advocates discussing law and marriage-- topics those in the activism circle know all too well, though it should be eye-opening for the general public.

Then, the paintings. Sudaporn took her time recounting their story to each visitor. Her speech was passionate and heartfelt as we walked around, taking in each painting one by one -- a vibrancy that was born from mortality. Her inspiration for each piece was drawn from various places, from an interpretation of urban legend, Wong Kar-Wai's gay romance Happy Together, Thailand's Civil and Commercial Code Section 1448 and 1458 (which state that only a man and a woman can get married), queer British artist Marlow Moss, and more. Some were more personal, speaking of memories of her friend and the story of his relationship.

In one corner, there is a pair of paintings called Juliet & Romeo, which were inspired by a real-life story of a transgender woman and a man who committed double suicide in 1967. Their story was known to the public as the "legend of paired coffins" at Wat Hua Lamphong, where the couple's remains were laid side by side at their funeral.

Across from it is a set of acrylic paintings done on top of phrases like "Love Is Love" and "Somewhere Over The Rainbow" that are etched on Braille paper. Is love seen or felt? And is being LGBTQ learnt by example or is one "born this way"? Sudaporn was inspired by her encounter with a man who was blind from birth, but still came to realise that he likes men and identifies more as a woman.

Highlights of Sudaporn's LGBTQ collection include Self-Actualization I and II, which tell the story of transgender men and women, and what they have to undergo to transition to their desired body. Here, the artist experimented with oestrogen hormone gel that she got from a pharmacy and a dubious breast reduction gel that she got online.

"The breast reduction gel carries no medical proof of its effectiveness. However, for some transgender men, this is their only glimpse of hope as they may not be able to undergo hormone replacement therapy or get a top surgery," said Sudaporn. Handling oestrogen gel, on the other hand, required the artist to exercise some caution as it carries significant side effects should it come in contact with a person's skin.

"This thing fulfils people's souls. At the same time, it's not natural. It's steroids. There are risks. And I think people who would go to such lengths for their dream transition are very brave," she added.

Aside from paintings, photography is also part of her exhibit. There's an androgynous portrait of Sudaporn taken with double exposure technique. In the black and white photo, she first dressed as a man then as a woman to show gender fluidity.

"Society views and questions people based purely on their outward appearance. But on the inside, only you know who you truly are."

Upstairs, a collection of instant photos is on display. It features faces of gender advocates the artists interviewed for the video, her friend's boyfriend, Wat Hua Lamphong, and some transgender showgirls she encountered at a bar in Silom.

It took Sudaporn over a year to finish her entire mixed-media collection. During that time, the artist said, the most difficult thing about her work was to approach her subjects.

"People questioned how art and human rights are connected. I approached them as an artist and it wasn't easy for them to trust a complete stranger who started asking them all sorts of questions. But I really hope to communicate this message with people in both the art scene and the general public," she said.

The message was clear enough. Love has no boundaries. Love is genderless. Social inclusion and legal acceptance are getting better with time, as the name of the exhibition suggests. Still, Sudaporn admitted that a straight woman preaching about gender equality and rights has raised some eyebrows within both the queer crowd and the general public alike.

"I was asked all the time why I was doing this, and what I could possibly want or hope to gain from it," she said. "I want to tell them that I am a friend. We're human. We're all the same. I don't have a wall. I only hope that the wall that divides us -- one that says you're straight, you're katoey, and so on -- would disappear."

Sudaporn Teja's "LGBTQ: Loves Get Better With Time Quietly" is on display from now until July 8 at Serindia Gallery in Charoen Krung 36. Free entry. Parking is available. Visit facebook.com/serindiagallery. 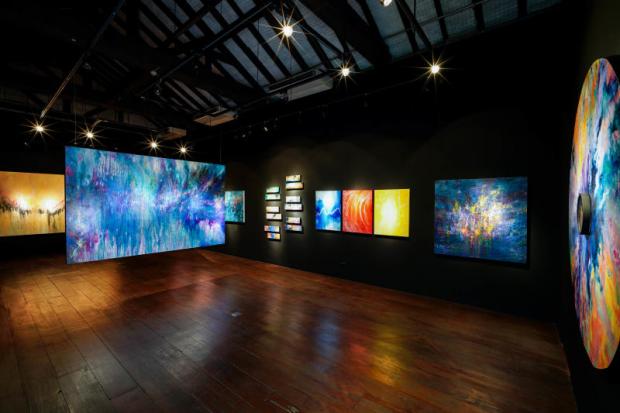 Inside 'LGBTQ: Loves Get Better With Time Quietly' at Serindia Gallery. 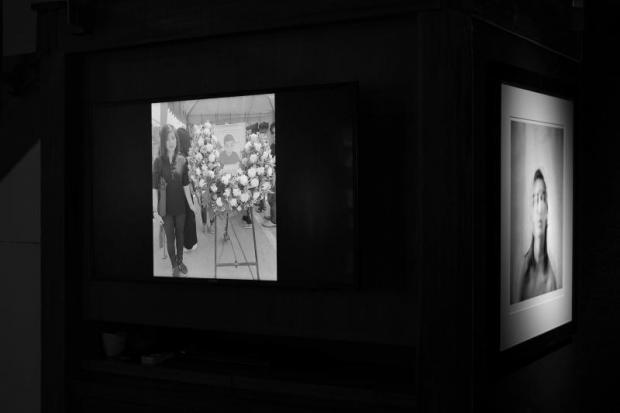 Video and photography also feature in the exhibition. 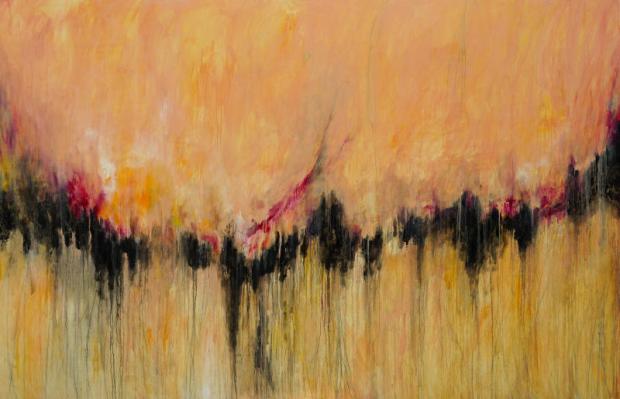