Bangkok's first-ever Biennial officially kicked off on Sunday night with an evening aerobics session on the Chao Phraya riverside at a popular spot for dwellers and sports lovers beneath the Rama VIII bridge. The choice of location -- anchored in Bangkok residents' daily lives -- and the disruptive event itself -- complete with ceremonial opening remarks and a ribbon-cutting moment -- set the tone (i.e. caustic, critical and edgy) for the many art exhibitions and activities to be held in Bangkok and elsewhere in Thailand in the coming months.

As Thailand prepares to host three biennials, or biennales to stick with the original Italian, this year, visitors will be met with three different conceptions of what is most often an international art event. The Bangkok Biennial, which lasts from July to September 2018, stems from the capital's grassroots art community and presents itself in opposition to the traditional, highly-curated and exclusive biennial model.

Over the next few months, over 300 artists and curators will occupy venues in Thailand and abroad, ranging from art spaces to local communities, streets, marketplaces, private apartments or online platforms. Popular galleries, including local favourites Speedy Grandma, TARS and WTF, will host a wide array of activities, but the Biennial's organisers also envision the pavilion as a theoretical and conceptual space, rather than a mere physical one. As such, some of the Bangkok Biennial's projects will take place outside of the capital, or even the country, or virtually.

Life has selected a few highlights among the Biennial's programmed events, although as the project unfolds, more pavilions will be reviewed.

A Pavilion Without A Pavilion

For the duration of the biennial, Thai performance artist and designer Taweesak Molsawat embarks on an eight-week journey in different public locations in Bangkok. Public spaces such as Siam Center, Victory Monument, Democracy Monument, Hua Lamphong train station, the Bangkok Art and Culture Centre, motorcycle taxis or the streets of the capital will be the stage for his work, exploring both performance art as a part of everyday life and interactions with cultural, social and political situations.

Taweesak plans on carrying out his unique performances -- no two performances will be the same -- weekly from July to September. His activities can be followed on his Facebook page (TaweesakMolsawat).

In Bangkok's Chinatown, Cho Why hosts Cinema Taipei, a screening project of Taiwanese art videos and films. The open-air screening on the Bangkok gallery and bar's rooftop relates to the images of cities we gain from motion pictures and videos without ever having actually visited the places ourselves as well as to the Thai capital's cityscape as sound, moving images and surroundings blend. 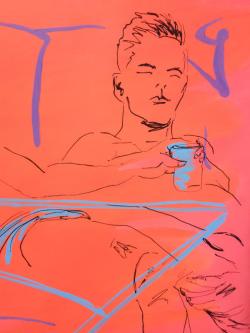 With three galleries participating in the project -- Cartel Artspace, Artist + Run, Tentacles -- Bangkok's busiest art hub, located on Narathiwas 22 in Sathon, is likely to be a popular meeting spot for art aficionados during the Bangkok Biennial.

A much anticipated event is the revival of the Thai Message project by Thitibodee Rungteerawattanon and several other artists. In 2006, Thitibodee smuggled, guerrilla-style, artworks by Thai artists into the Tate Modern in London to form an exhibition inside the museum's restrooms, challenging cultural hegemony. The works were later purchased by the MAIIAM Museum of Contemporary Art in Chiang Mai and brought back to Thailand, where they will be shown again in Bangkok this summer. Thitibodee hopes that the restroom will be a space for both waste disposal and the release of creativity.

Known for her politics-heavy exhibitions, Cartel moves forward with "Revolutionary Things", showcasing historical and cultural objects related to the People's Party, its ideology and political concepts. Curated by Kittima Chareeprasit and architecture scholar Chatri Pakitnontakan, the show features over 50 objects. In August, ex-convict and stage performance artist Prontip Mankong will put on her first solo show since her release from prison in 2017 after having had served a two-year jail sentence for lèse-majesté.

Hong Kong and Thai artists reflect together on the development of the Thai art scene in this project, hosted in the back of a private home. Although vibrant, the Bangkok art scene is still considered as nascent by the international art community, while Hong Kong has become Asia's de facto main commercial art hub.

A video installation presents the actors of both art communities in a dialogue on their experiences and expectations relative to the international art ecosystem. Visitors are invited to weigh in on the conversation, which will then be published on the pavilion's website.

Bangkok's marketplaces aren't just for commercial exchanges. A wide array of interactions, with varying nature and intensity, take place daily in these venues. Using this framework, the LIV_ID collective will curate artists in the Bangkok Bazaar to interrogate what the artist ultimately wants from an audience, what the audience wants from an art experience and the resulting quid pro quo that can possibly take place.

Participating artists are Guerrilla Girls, Mich Dulce, Gracelee Lawrence, Chalida Asawakanjanakit, Myrtille Tibayrenc and The Male Gaze. Inherently, the curator writes, "it is not what is given or received but the exchange itself that is given value".

Thai modernism and its complex history is explored through a series of projects to take place at Praisaneeyakarn, the first postal building in Bangkok. A landmark of Thai architecture and symbol of Thailand's entry into Western modernism, it is today but an abandoned facade.

During the course of two weeks, the structure and its surrounding park will be where artists explore alternative timelines and modes of communication, as well as the construction of modernist myths and monuments. An art exhibition, as well as film screenings and talks will enliven the project space, which sits in a multicultural neighbourhood bordered by the Chao Phraya river. Curated by Pojai Akratanakul, Nut Srisuwan and Pongsakorn Yananissorn, it will see participation from Arnont Nongyao, Albrecht Pischel, Sornrapat Pattarakorn among others.

Founded in 2011 as a non-profit artistic initiative and strategy for community development in Nongpho, Ratchaburi, Baan Noorg Collaborative Arts & Culture will run an interdisciplinary project based on community markets as a space of social relations and community. From August to December, the art space will run a two-month programme with activities that include development field work, workshops and discussion panels. It will be followed by a two-day festival with a community common market, live talks and performances and film screenings with artists and collectives such as Jatiwangi Art Factory (Majalengka, Indonesia), Social Plastic by Camping Akademie (Berlin, Germany), Ryan Chen, (Kaohsiung, Taiwan) NPKD Social Enterprise, Day Off laboratory (Ratchaburi) and Siwat Maksuwan (Chiang Mai).

Historically cosmopolitan, Patani is a word that today often raises eyebrows and attracts suspicion, according to the pavilion's curators Muhammad Arafat Bin Mohamad and Zulfadhli Hilmi Bin Mohamad, as it has become associated for a large part of Thai society with Malay nationalism and secessionism. Set to kick off in August, Re/Form/Ing Patani invites 26 artists from varied socio-cultural backgrounds, including Jakkai Siributr, Tawan Wattuya, Jehabdulloh Jehsorhoh, Korakot Sangnoy and Ampannee Satoh, to reflect on the multiculturality of the region, as well as a wide range of elements both historical and contemporary, ranging from religion and tradition to architecture and livelihood. In the curators' words, the exhibition seeks to "rehabilitate contemporary interpretations of the word 'Patani' and re-build Patani society".

Starting on Oct 6 -- the anniversary of the Thammasat massacre in 1976 -- Khon Kaen Manifesto presents itself as an alternative art festival in the northeast of Thailand. Utilising the aesthetics of resistance, curator Thanom Chaphakdee defies Bangkok's centralism, cultural hegemony and the fast-paced development of Khon Kaen, which left a number of communities on the margins. To be held over the course of three weeks in October, the project relies on both community art and participatory events, with a focus on local artists and performers as well as a series of talks on the Isan region. The choice of venues -- GF Building, which is abandoned, and Huak Society and YMD, alternative art spaces -- reflects the project's critical stance. 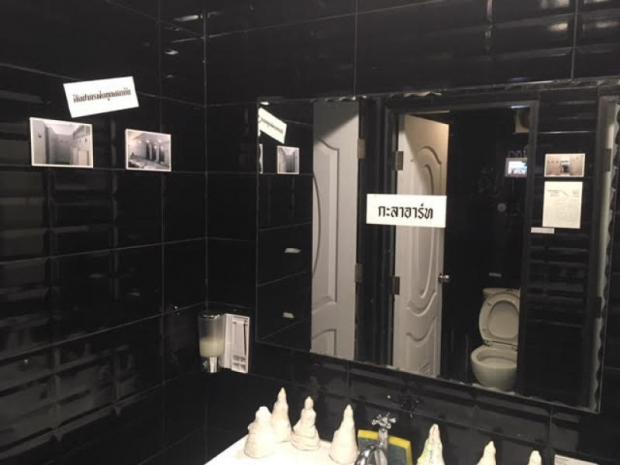