One of the year's best films will be seen by most people on the TV screen -- what kind of future that augurs?

Alfonso Cuaron's Roma, a moving, ravishing, heartbreaking ode to the Mexico in which the director grew up in 1971, has been produced by Netflix, which will stream it worldwide on Dec 14 (the film will have a theatrical release in the US to qualify for the Oscars). Thin on plot but rich in mood and detail -- from the opening shot of a jetliner reflected in a puddle of dirty water to a scene of gorgeous nocturnal thoroughfare -- the film hinges its physical and moral centre on Cleo (Yalitza Aparicio), a native-Indian maidservant of a middle-class family. The title refers to a neighbourhood in Mexico City that Cuaron lived in as a child, and Roma, shot in glorious black and white by the director himself, is an earthly epic of Proustian sensibilities, a neorealist evocation of the city, its people, a weekend in the country, a trip to a slum, an evening at the beach, period details that perhaps only Mexicans in the 1970s understand, while a menacing force of right-wing militarism lurks everywhere. This is a film so sincere and beautiful that, ideally, it deserves to be seen on the cinema screen. How about that, Netflix?

Opening in Thailand later this year, Green Book won People's Choice Award in Toronto, which boosts its Oscar hope by several notches. Viggo Mortensen plays a tough-guy bouncer, who drives a black pianist (played by Mahershala Ali, Oscar winner from Moonlight two years ago) to play gigs around the American south in the 1960s, when racial tensions are high and black people need the "green book" to navigate the safest route. It's a mass-appeal crowd-pleaser augmented by a topical immediacy, and director Peter Farrelly (There's Something About Mary, Shallow Hal) has done a fine service to his best material in years. 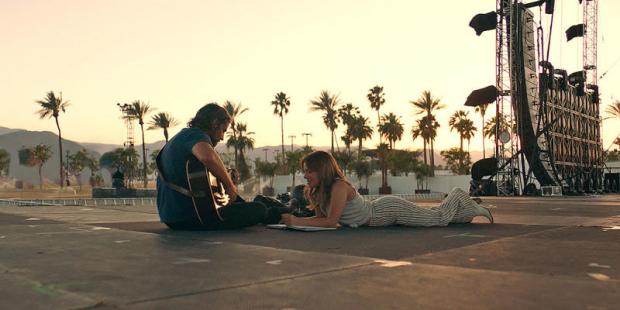 A Star Is Born

Opening in Thailand on Oct 11, this remake of the 1976 Barbra Streisand-starring drama features Lady Gaga as a talented waitress/singer looking for a big break, which finally comes with the help of an alcoholic country musician played by Bradley Cooper (it was Kris Kristofferson in the 1976 version). Lots of songs, lots of swelling emotion, and lots of buzz surrounding Lady Gaga's acting debut, with the talk of her winning the Best Actress Oscar gathering strength. This is also Cooper's directorial debut.

Opening in Thailand on Oct 11, the film stars Ryan Gosling as Neil Armstrong in a film directed by Oscar-winner Damien Chazelle (La La Land). The film focuses on Armstrong's experience as a pilot and a father, whose child is suffering a terminal illness (Claire Foy plays his wife). Gosling is the gravity of the story and he's now the front-runner in the Best Actor category (along with Willem Dafoe, playing Vincent Van Gogh in At Eternity's Gate).

If Beale Street Could Talk

It's not clear if the film will open here, though when the award season kicks in chances are high that it will. This lush romance was adapted from a James Baldwin novel by Barry Jenkins, whose Moonlight won Best Picture two years ago. The revelation here is the actress Kiki Layne, who plays Tish, a woman whose luxuriant romance with her boyfriend Fonny (Stephen James) is interrupted when he's accused, wrongly, of raping another woman. Set in Harlem during a period of racial tension, the film is ripe with colour and mood, and though it speaks of injustice and bigotry, it's also a loving, gentle portrait of black life in all its joy and agony. 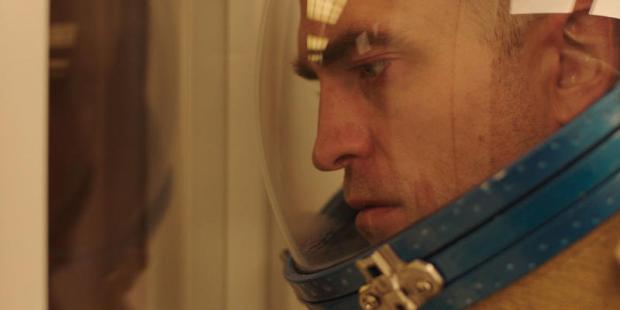 Let's hope the film will come to one of the film festivals here, or perhaps to Alliance Française. Claire Denis' science-fiction is an event-horizon adventure like no other. Robert Pattinson (the film is in English; the director is French) is first seen caring for a baby girl in a spaceship heading into black space. Little by little, as flashbacks make their way into the main narrative, we gather that he's among a group of death-row inmates who've been put inside a spacecraft as subjects of an experiment headed by a crazed scientist, played with psychosexual splendour by Juliette Binoche (one of the key scenes shows the French actress, naked, riding a space dildo). High Life is a story of the body, mostly the female body, and the horror of the body and its reproductive complications. Sex, birth, violence, philosophy -- this is a visceral, feverish alter-ego of Kubrick's 2001: A Space Odyssey, made with relish by a true French master.

What You Gonna Do When The World's On Fire

This isn't something that will be shown in Thai cinemas, but it's worth noting that among the Black Lives Matter movie -- now a subgenre in itself -- What You Gonna Do When the World's On Fire stands out for its urgency, heart, and the way the personal reflects the national. A documentary filmed with the care of a family drama, the film by Roberto Minervini (an Italian who's been living in the US) looks at three separate groups of people in New Orleans as a preparation for the Mardi Gras is in progress. Two boys, who wander the violence-scarred street of their neighbourhood; a bar owner, who's forced to go out of business; and most intensely, a woman, who leads the New Black Panther Party for Self-Defense. It's a film that's supposed to be about anger, but anger, though visible throughout, is couched in something more subtle, more unclassifiable, and thus more disturbing. A perfect companion to If Beale Street Could Talk (see above).