Edgy art in the Northeast

It began on Oct 6, but it's not too late to check out the edgy art festival Khonkaen Manifesto, taking place at various sites around the northeastern province until Oct 26.

The main venue is the GF building, an abandoned structure on Mitraphab highway. Its bare-concrete rooms have now become exhibition space for a large catalogue of artists. The skeleton of the building itself is a symbolic choice, since it's deeply related to the broken dream of the economic boom of the 1990s. Besides visual-art and installation pieces, Khonkaen Manifesto has concerts (molam and other regional melodies), film screenings and a number of panel discussions and events.

This is an art show with a good dose of subtext. Khon Kaen is a major city in the Northeast, a region perceived as impoverished and politically unruly -- a long-held image that has been wrongly reinforced during the period of our ideological divide of the last 15 years. Historically, Khon Kaen is a place of various symbolic representations. After the 1932 Siamese Revolution, the People's Party commissioned the construction of a Democracy Monument, a smaller version than the one in Bangkok, to be installed in every province -- but it's the one in Khon Kaen that was among the first to be completed, and today it has become a rendezvous for demonstrators. The province is also home to the statue of Field Marshall Sarit Thanarat, a notorious military dictator who ruled Thailand in the 1960s. To combat communism, Gen Sarit led a development push in the Northeast, building roads and bringing in electricity to win the hearts of the people, and to this day much of the local population still looks up to him as a great benefactor.

Khonkaen Manifesto, curated by a team of artists led by Thanom Chapakdee, is aware of these subterranean messages -- of the turbulent past and the desire to express a local identity. Some of the artworks are politically outspoken, with clear references to the current military regime and other difficulties (the southern violence, for instance).

You have until Oct 26 to check out what Khon Kaen has to offer, in terms of art related to our national discourse. 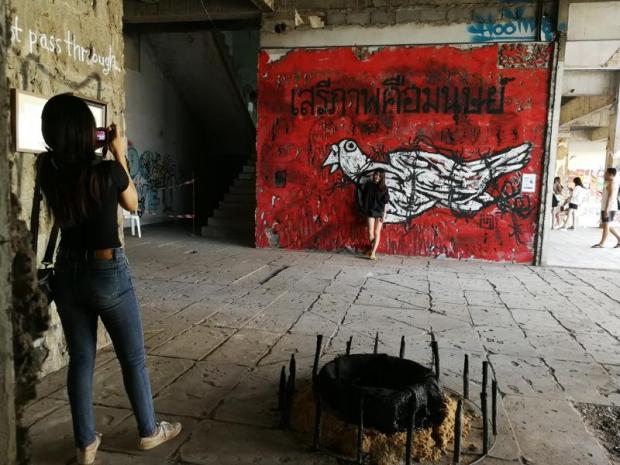 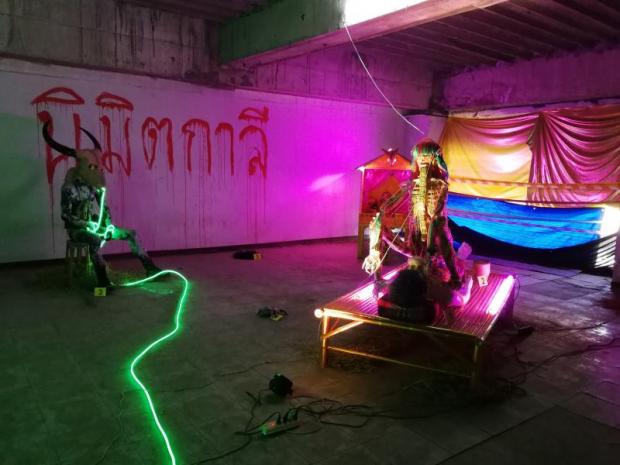 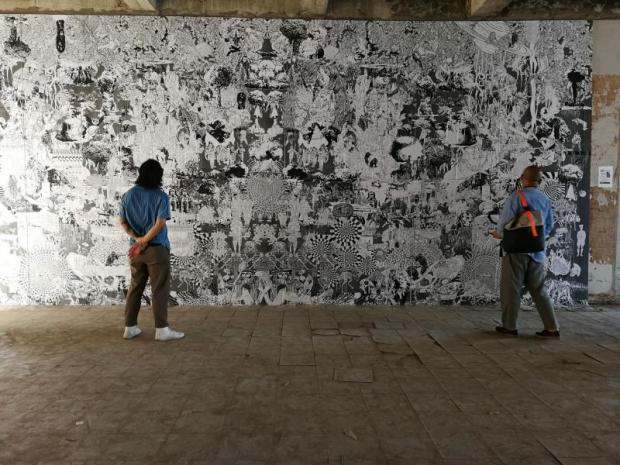