If you are an art addict or instagramer, the name of Bangkok Art Biennale must have been part of your art-venture experience over the past few years. Installation art has been brightening up the city within the emerging art scene by engaging three-dimensional works that often are site-specific and designed to transform the perception of a space, especially the venue where a ‘hip’ atmosphere can be moulded into scenes such as an old town waterfront, modern shopping mall, warehouse, commercial building, or even a temple.

The global boom in installation art has created revolution by extending its boundaries from three-dimensional works to four, five, or more to increase the ‘immersive’ perception engagement between the object and viewer. Digital technology, among other elements, is the key dynamic making the difference.

Inspired by such phenomenon, Tuangkamol Thongborisute, a 27-year-old art graduate from Silpakorn University and UCLA, is a pioneer of her generation who explores the realm of the digital media and art scenes. “At Silpakorn, I discovered the applications of digital technology and its ability to make a more interesting impact on both studying art and making an art career out of it. Unfortunately, the courses needed to further my learning are only available to engineering or science students. So I took classes from outside Silpakorn to learn more about computer programming and electronics.” 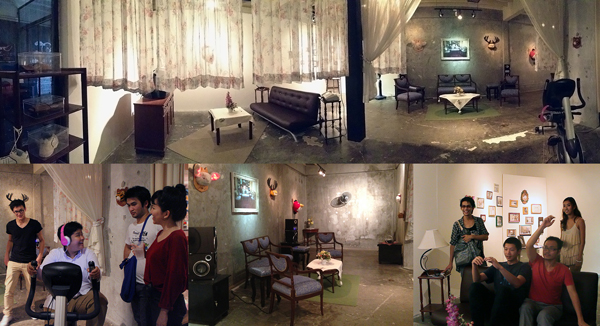 The Living Room: At the Moment of Living” –Tuang’s Solo-Exhibition in 2015

The workshops that were offered outside the school introduced Tuangkamol to the workings of “Arduino”, a small electronic device called a microcontroller that can bridge science and art to create a cross-media technology. Using electronic sensors an arduino can interface with the outside world by collecting and detecting data such as user touch, changes in light, rotation, distance to objects, etc. This data then can be used to as a tool to produce art.

Wearable technology is one of the good results of cross-media technology. Consumers can enjoy the innovative functions of smart watches or AR smart-glasses while appreciating their ergonomic design. 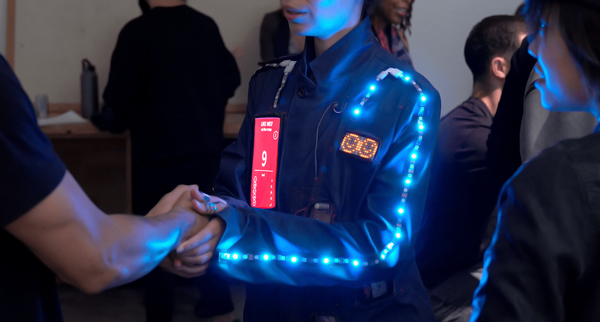 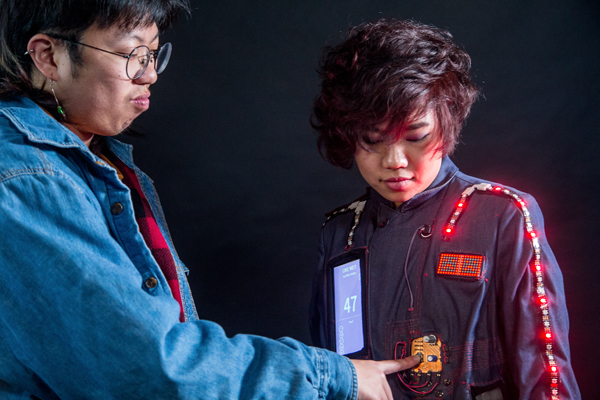 “For Social Media without the Internet, one of the artworks from my master degree thesis at UCLA, I invented an interactive blazer embedded with wearable sensors and technology.  I would say that the idea is similar to the bicycle market’s “Commuter Jacket”, with embedded smart features such as bluetooth, music control, and phone connection. In my case, I adapted the idea for social media functions. A small monitor is attached on top of the blazer to show numbers and status of the interactions you make to another real human.  For example, people wearing this blazer can start the interaction by shaking hands, which records and adds the other wearer as a new friend. After that, your new friend can click whether they ‘like’ you or not” said Tuangkamol.

The worldwide adoption of new digital technologies has encouraged artists and scientists around the world to take risks and explore the dawning of immersive interactive art in various forms, such as books, websites, public spaces, fashion, and all-you-can-imagine possibilities. 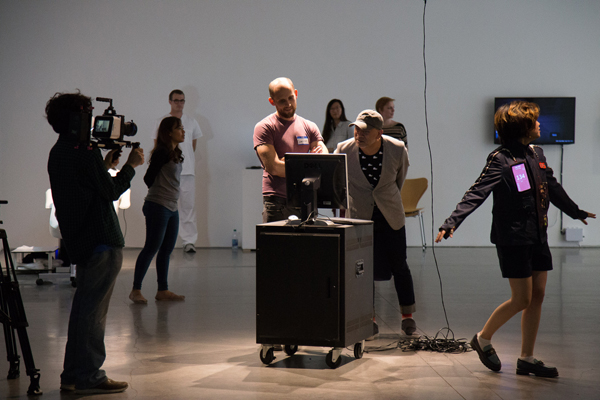 Dining is one of the trending and fruitful results of digital technology, as well as Tuangkamol’s next big project. “I have set up a studio in LA called “Open Plan Collective” with my artist friend, Jonathan Fletcher Moore,  to focus on creating immersive interactive installation art. We both love amazing food and saw a real lack of opportunity to bring immersive art to the masses. My family background in food hospitality and our interest in immersive art have inspired us to create our version of a high-end food pop-up platform which you can install from anywhere in the world. This type of exclusive experience will serve customers with stylish-decorative food in a truly one-of-a-kind creative interactive art experience. we are now working on our planning and execution strategy” concluded Tuangkamol.

In the meantime, Tuangkamol involves herself with the industry by supporting the development of cross-media, her recent project is an international exchange program and seminar called “DMA-PSG Exhibition and Workshops Program”, which is aimed at building a network between UCLA and Silpakorn University for a new art-media study.

The artist’s showcases can be viewed at http://tuangstudio.com 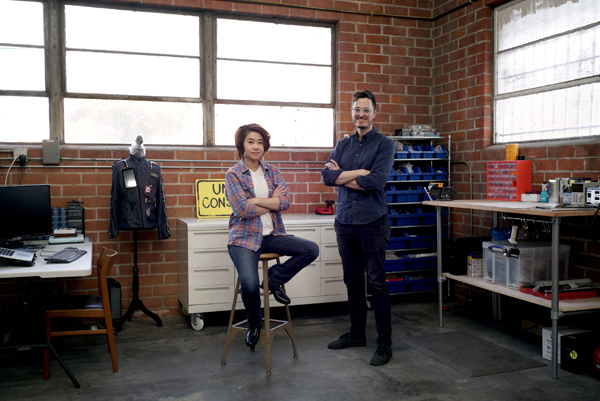