Like their Thai counterparts, people in Myanmar believe in ghosts. A blockbuster Myanmar movie titled The Only Mom, inspired by their belief in spirits, will be released exclusively in SF cinemas on Thursday.

The Only Mom is directed by Thai filmmaker Chatchai Katenut, who was recognised for the successful road movie From Bangkok To Mandalay in 2016, with most of the crew from Myanmar.

The 115-minute-long The Only Mom tells the story of a family whose life has changed after they move into a colonial-style house which has a lot of photos taken with the early photographic technique called wet collodion. There is a mysterious photo that seems to have a spirit inside. Their autistic daughter later starts to behave differently. She likes to sleep during the daytime and be awake at night. And from a girl who has mood swings, she becomes a well-mannered and sweet child. Her unusual personality makes her father worry, especially when she plays with an imaginary friend. On the contrary, the mother is happy with the well-behaved child. But is the nice girl really their child?

Superstar Wutt Hmone Shwe Yi plays the mother. The famous model and rising star Daung plays the father. The movie has real psychic medium U Hla Aye playing the psychic. The theme song was adapted from the Myanmar lullaby and sung by well-known singer Khin Poe Pachi. The Only Mom was also screened in Yangon last month.

Thai and English subtitles are available. 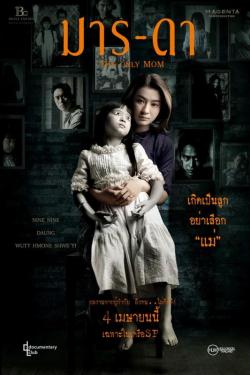