For the past decade or so, Philip Jablon has travelled from town to town throughout Thailand looking for stand-alone cinemas. The fruits of his epic journey have now been compiled in the form of the book Thailand's Movie Theatres: Relics, Ruins And The Romance of Escape, which will be released on Friday. 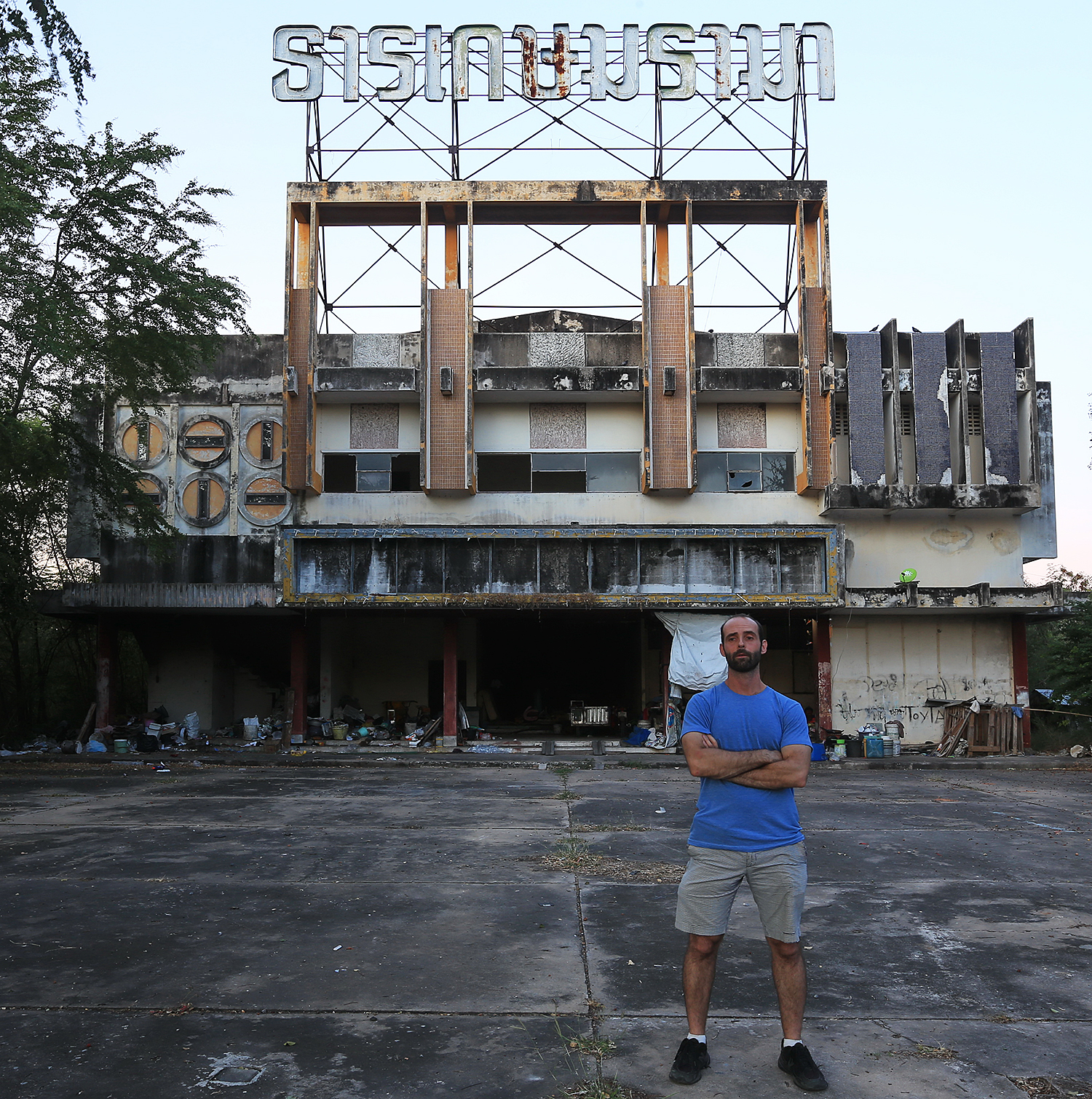 The American researcher and photographer's book comes with an impressive collection of photographs and stories from his exploration of the country's fast-fading stand-alone movie theatres. Dusty old chairs, rundown buildings and the people whose lives are still intertwined with these relics of the past are documented.

The images of these cinemas, many dating back as far as World War II and earlier, are sure to be a nostalgia trip for older readers who grew up with them. For the younger generation, the book offers a fascinating look at the moviegoing culture of the past. There is also a brief look over the Mekong at the cinemas of Laos. It's a far cry from today's world of giant multiplexes and streaming services.

Jablon's adventure began following a chance encounter with an old cinema in Chiang Mai over a decade ago. From then on, he spent his time going from one town to the next, conversing with locals to ask about the cinemas in their neighbourhoods. While there, he would try to talk to owners, former employees or even neighbours for their thoughts and memories.

People were welcoming but also thought it strange that he was taking an interest in these neglected old buildings. 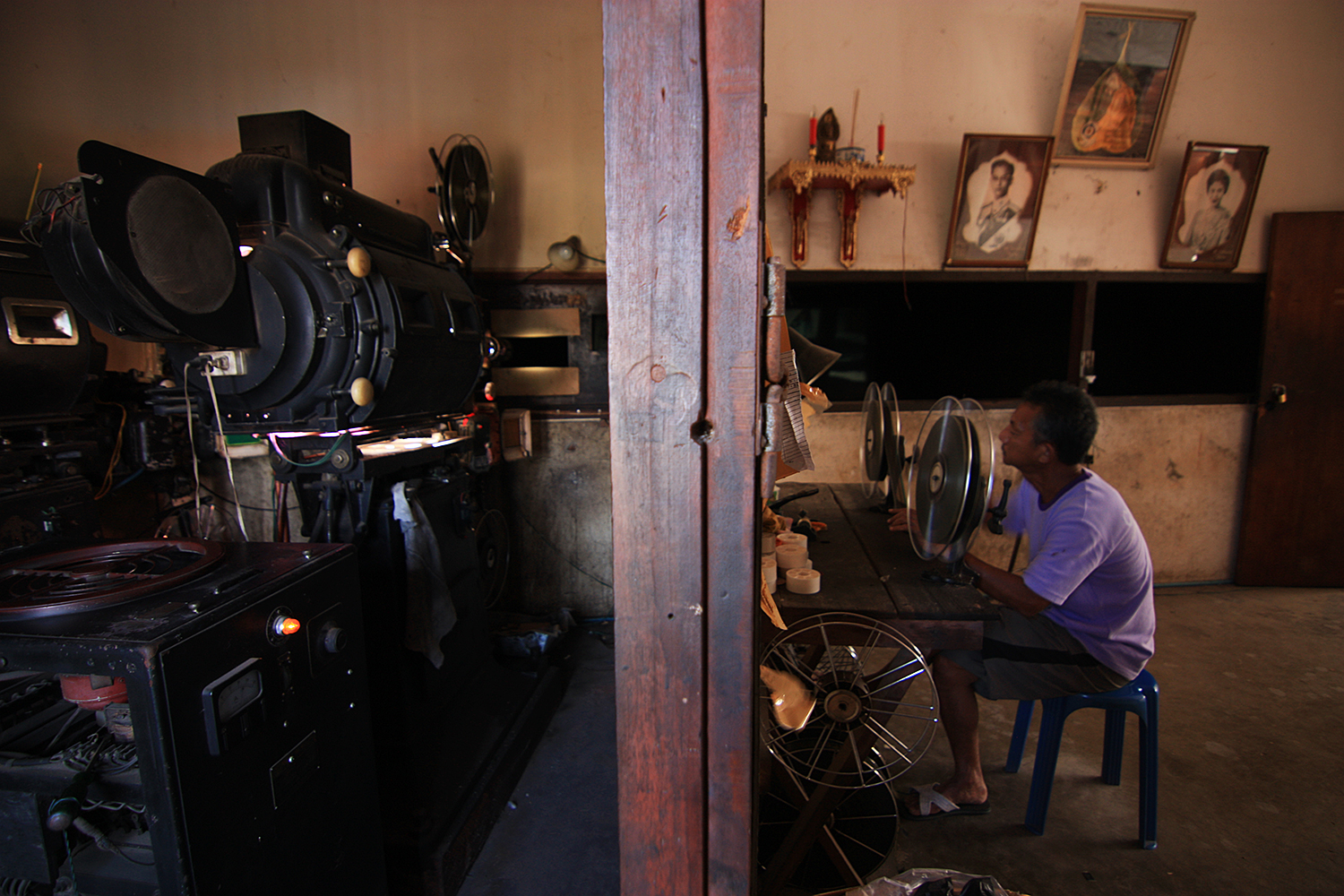 "[Back then], people still thought of these theatres as just old dirty things," he said. "They didn't look at them as something interesting. But it's a little different when I do the research nowadays. People kind of understand more and I think they have become more aware of the value of antiquity -- of old things.

"They're not so shocked anymore. Maybe they're more shocked at the Thai-speaking foreigner, not so much that I'm looking for old movie theatres."

Jablon recounted how he got to go inside the projectionist's room at a theatre in Sri Sa Ket and observe the staff operating the old equipment. On another occasion, a man in a cinema in Chinatown solicited him for sex, but the two ended up having a long conversation instead.

His anecdotes are often funny but, at the same time, there is also a sense of urgency. His decade-long quest has been a race against time for him to document this part of Thailand's culture before it disappears. From around 700 stand-alone cinemas across the country, Jablon said, only three are still operating: the Scala in Bangkok, Det Udom Mini Theatre in Ubon Ratchathani and Chum Phae Cineplex in Khon Kaen. 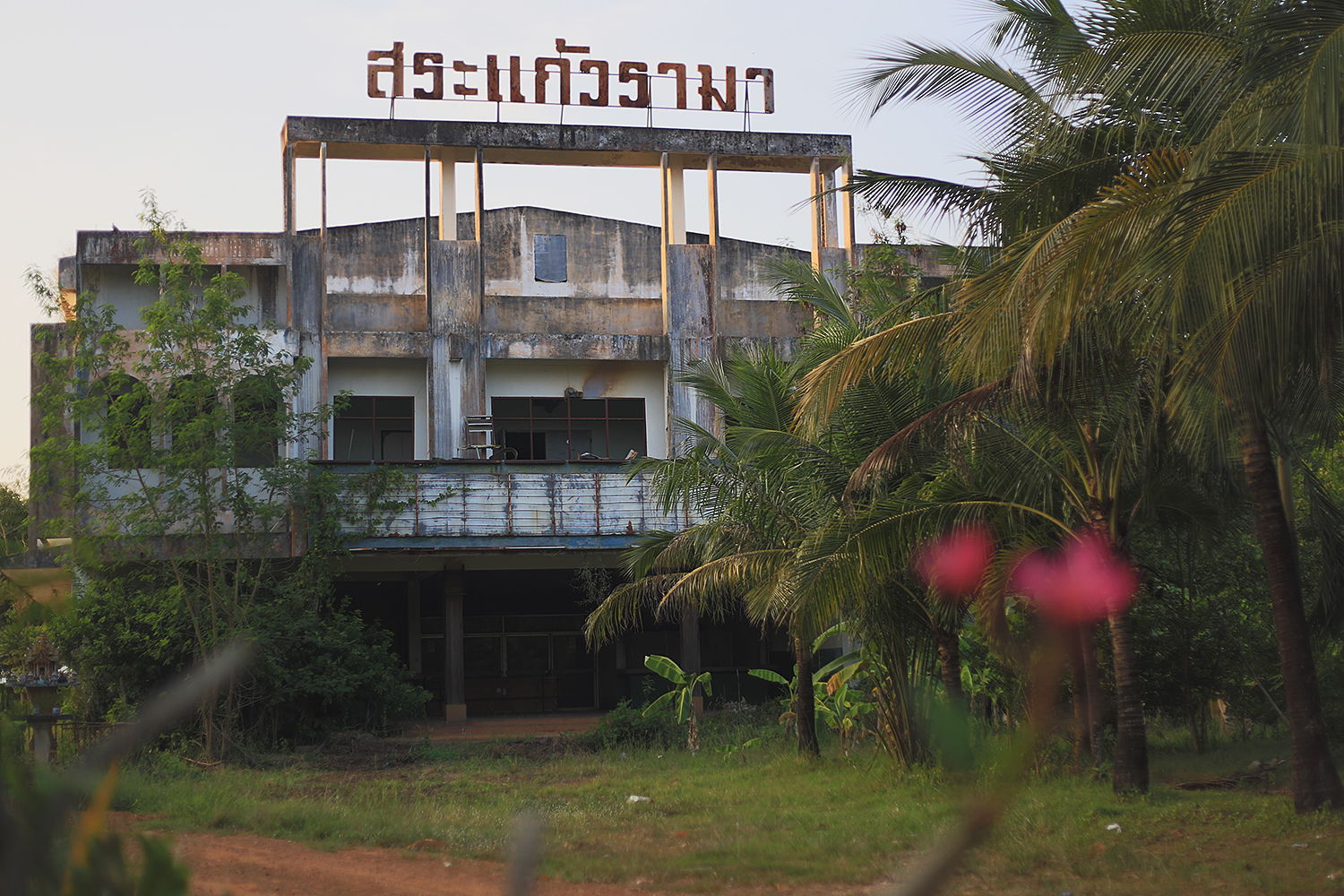 "What's surprising is that it went from so many to [almost] zero," he said. "I can't think of anywhere else that this kind of culture, technology and buildings have completely disappeared. All over the world, stand-alone movie theatres have declined. But I don't know anywhere it declined to the point of being extinct, except Thailand.

"It's funny because people still go to the movies in Thailand. Thailand has a strong film industry and also imports a lot of movies. Yet, the old-fashioned way of watching a movie has completely died. In a certain way, I'd say it's kind of the death of small business and the rise of monopoly capitalism."

From community gathering places and spaces for entertainment, most theatres are now left in ruin, helpless against the tide of multiplexes mushrooming all over the country. The modern experience is one-stop venues, with cinemas, restaurants, shops, banks and supermarkets all under one roof. Stand-alone movie theatres, small businesses mostly owned and operated by local families, haven't been able to compete and have slowly been pushed out.

Another crucial factor in the demise of stand-alone cinemas, Jablon argues, is the increase in car ownership and the resulting demand for parking space. 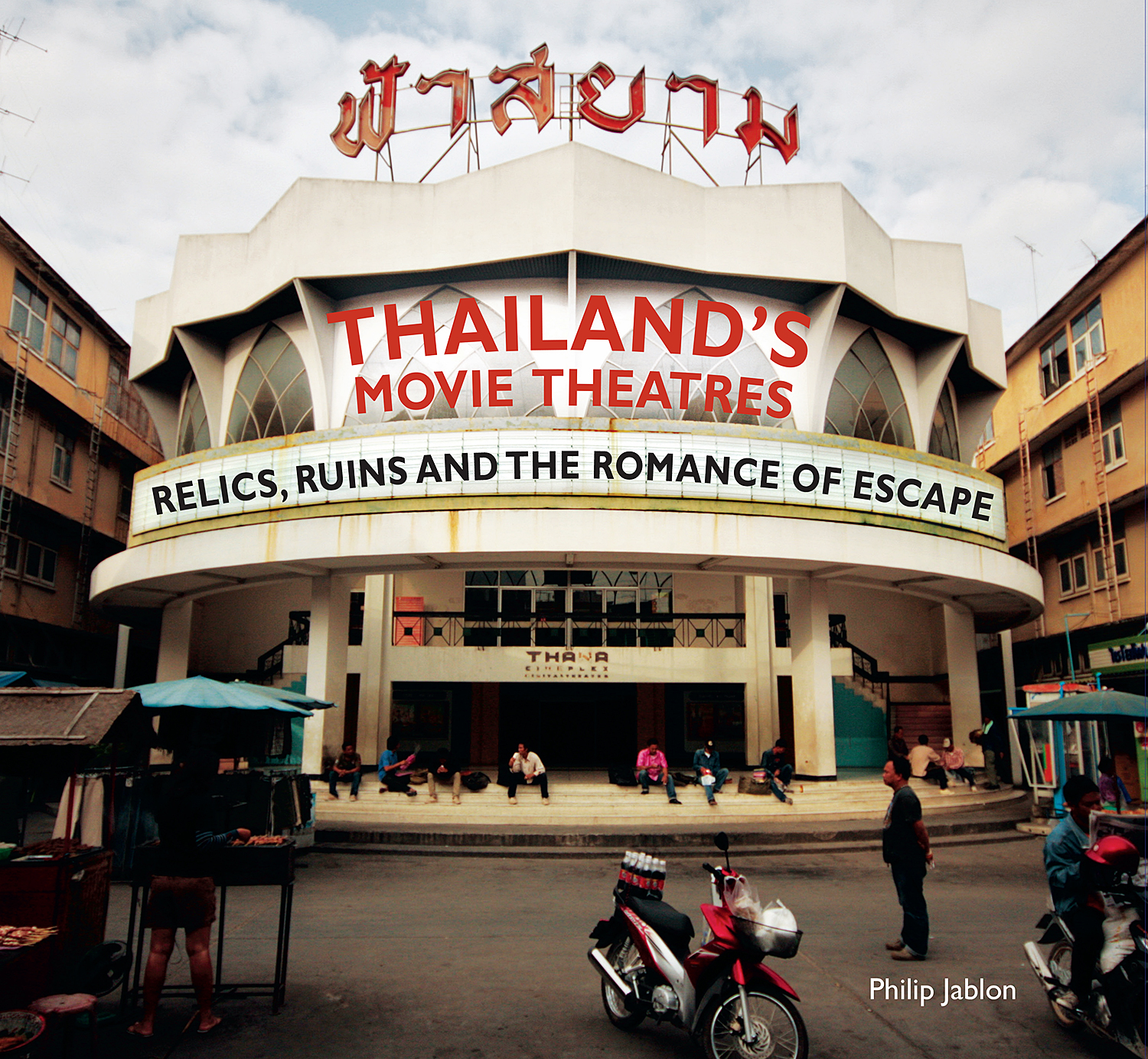 Thailand’s Movie Theatres: Relics, Ruins And The Romance Of Escape.

"Thailand is addicted to the automobile and motorcycle, even more so than the US. If everyone's driving, they need to park somewhere. The automobile was very instrumental in causing Thai movie theatres to decline. The old-fashioned theatres were usually in the centre of town, or at street level, where people could walk to them. They were near markets, gathering places and public transport, and could be reached easily. As more and more people use cars, if there's no place to park, people stop going. Or if there's a traffic jam, people stop going."

So now, with people's lifestyles so heavily tied to multiplexes and automobiles, what are the odds that stand-alone cinemas can make a comeback? Do they stand any chance at all?

Jablon believes they do, though on a limited scale. The programme, for one thing, has to be right. He pointed to the Scala (his personal favourite stand-alone movie theatre), and how the Film Archive hosted its classic film series there. With the right programme, the sessions were able to attract almost a full house in the 800-seat auditorium. 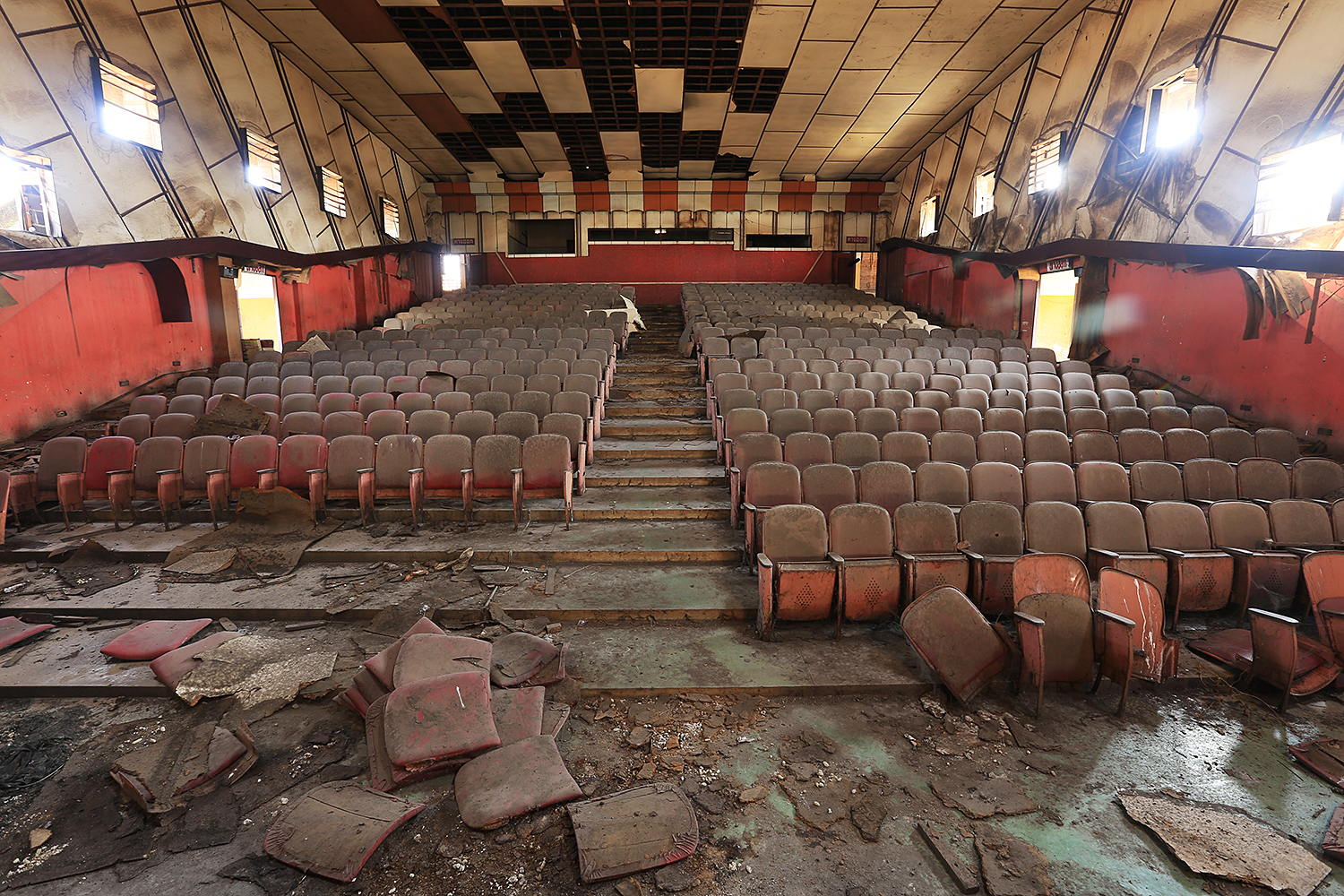 Preservation efforts are going on at a few other theatres, he added. Chulalongkorn is looking into converting Scala into an event space and retain the building. Lido, instead of being torn down, is being turned into a contemporary art space.

Another exciting renovation plan is happening at Nang Loeng Theatre, which, at over 100 years, is one of the oldest movie theatres in Thailand. It has been abandoned for almost three decades, but it is now being renovated into a cinema and museum.

Jablon's own journey isn't done. He's planning a follow-up book on stand-alone cinemas in Myanmar. There, people are renewing their interest in old theatres. Mingalar Cinemas, a Yangon-based movie theatre chain, is currently tidying up many of the stand-alone cinemas in major cities and bringing them back to life.

Jablon hopes these efforts will prove successful, and provide an example for others, paving way for similar projects to follow suit. 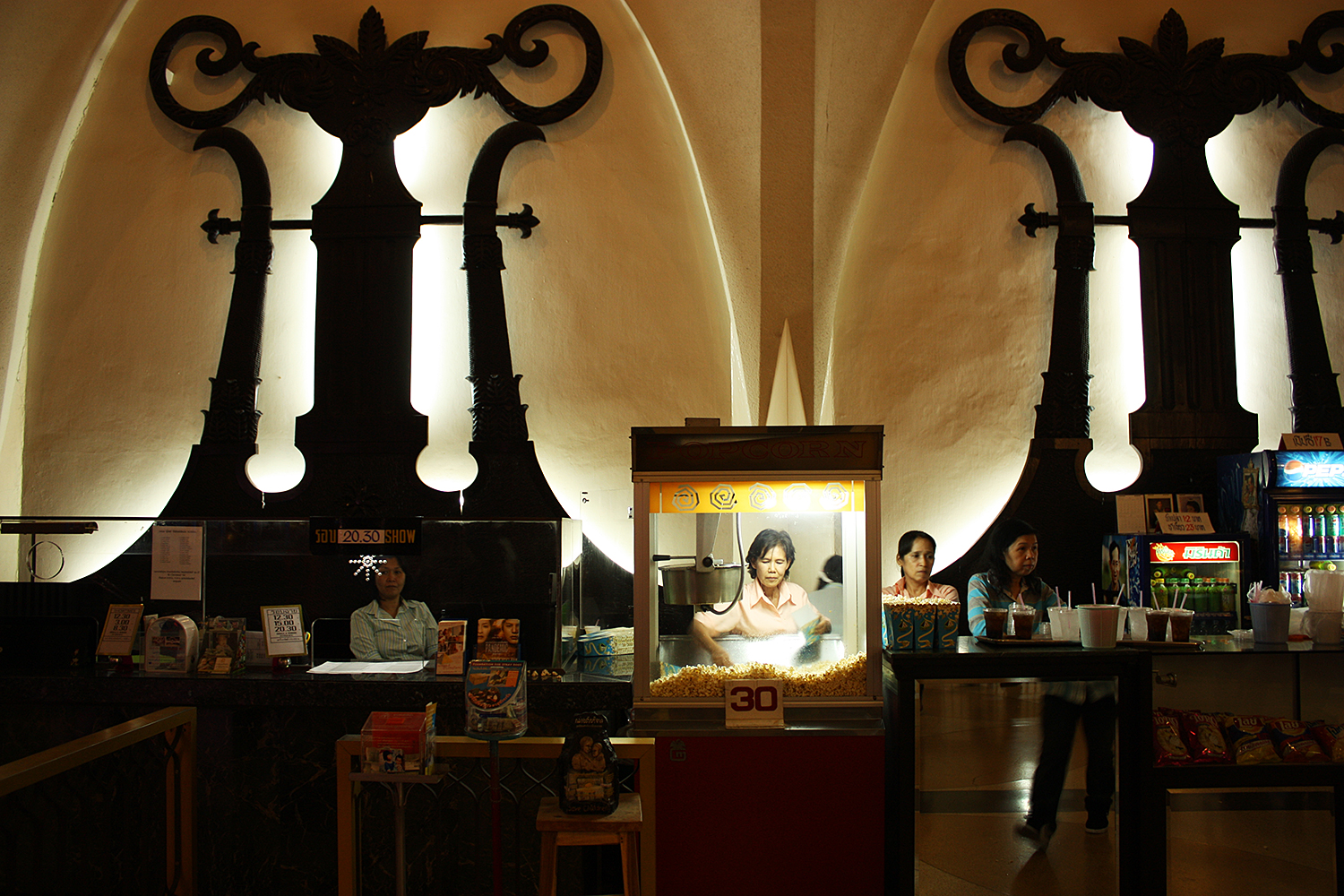 "I know the younger generation are starting to think more sustainably and locally; more about how to do things for our community by our community. I think, bit by bit, in different places, [stand-alone cinemas] will start to come back. Maybe not the same way they used to be, but I think they'll be used for cultural purposes and entertainment. Maybe that's wishful thinking. Maybe I'm an optimist," he said.