A replica of the Great Crown of Victory, or Phra Maha Phichai Mongkut, is currently on exhibit at the Traditional Thai Puppet Theatre at Asiatique The Riverfront, Charoen Krung Road.

The showcase is part of a special event called "In Honour Of The Royal Coronation" held to pay respect and veneration and express loyalty to HM King Maha Vajiralongkorn Phra Vajiraklaochaoyuhua.

The reproduction of the regalia that was seen on the King's head during the coronation ceremony in May is made of golden teakwood, teakwood and tiger's claw wood, hollowed and shaped by a lathe, carved and finished with gold and cinnabar art.

It is also decorated with diamonds and crystals from Swarovski, a set of metal ware, as well as a set of Thai traditional enamelled golden ware with embedded gemstones.

This replicated crown is crafted by Pichai Yangkeawsod, an artist, heir and successor of Joe Louis or Sakorn Yangkeawsod, founder of the Traditional Thai Puppet Theater (Joe Louis) and a national artist in Thai small puppet art in 1996. 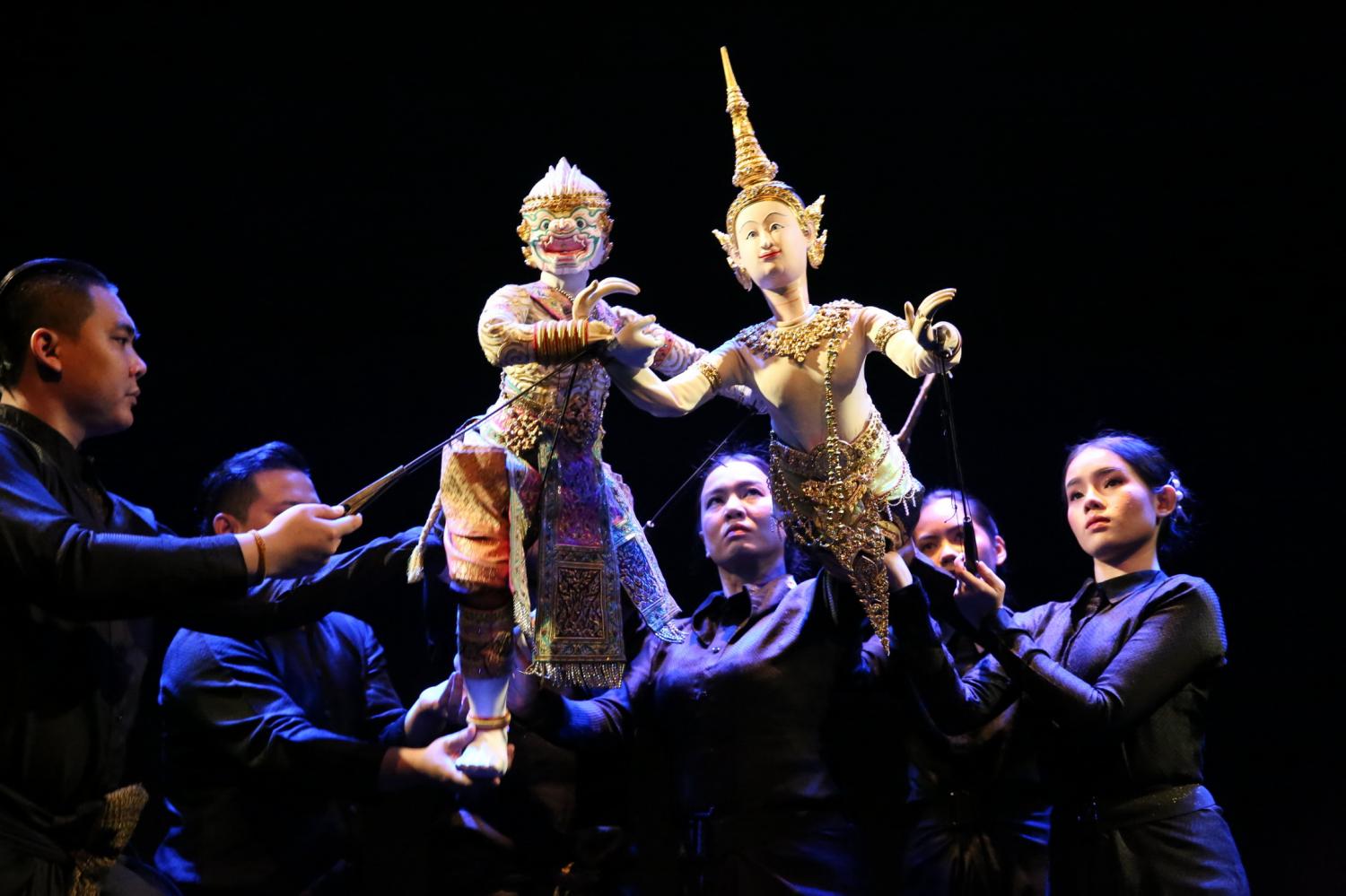 A puppet show. photos courtesy of Asiatique The Riverfront

The Great Crown of Victory is among other royal objects created to express gratitude to all Thai monarchs in the Chakri Dynasty for their benevolence and to conserve the knowledge of classic Thai craft inherited from ancient times.

Besides the exhibition, the Traditional Thai Puppet Theater also presents a puppet show, Hanuman The Great Warrior, every Friday to Sunday at 7.30pm.

Based on the Ramakien epic, the episode recounts a love story between white monkey Hanuman, a warlord of Rama's army, and mermaid princess Suvannamaccha, a daughter of Thotsakan, King of the Demons of Lanka.

The story begins when Rama orders Hanuman to build a road in order to manoeuvre the army across the sea to the city of Lanka, and retrieve Sita who has been kidnapped by Thotsakan.

Thotsakan orders Suvannamaccha to sabotage Hanuman's mission. She then orders her subordinates to take out the stones that Hanuman's troop has brought to reclaim the sea. Once Hanuman notices that the stones keep disappearing, he plunges into the sea and meets Suvannamaccha. As he pursues her, they start to have feelings for each other.