RBSO is an A+ on the Bs
Life
Arts & Entertainment

During a powerful concert entitled "Emperors Of Music", Beethoven's mighty Piano Concerto No. 5 Opus 73 (The Emperor) was played immaculately by renowned Italian soloist Irene Russo, while Bruckner's monumental Symphony No. 4 WOB 104 (The Romantic) received a typically impassioned interpretation by RBSO Musical Director Michel Tilkin. Certainly a landmark event in the near four-decade history of Thailand's oldest professional orchestra, this was in fact the first time that the RBSO had attempted one of Bruckner's gargantuan musical edifices.

Beethoven's last piano concerto is also by far his longest at 40 minutes. The orchestral introduction is itself at least the equivalent in scope of a standard overture, meaning that a separate opener wasn't needed to balance this particular programming. Rather, the concerto opened an evening dedicated solely to two of the titanic Bs of orchestral composition. Indeed, nowadays, Bruckner is acknowledged by many musicologists as the natural symphonic heir to Beethoven.

A newly found depth of tone throughout the string section was apparent from the very opening chords, with closely spaced low-register chording in particular laying down a solid foundation for the piano's initial flourishes and the RBSO's subsequent exposition. The composer's implication that all violas should double-stop here is a subtle yet telling touch of progressive orchestration which is already pointing ahead into the nineteenth century. Russo's delicate entry proper was then beautifully timed, immediately revealing a wonderfully tactile touch and admirable technique. Her phrasing was smooth and the finger-work articulate. At all times she kept a tight control over the often hair-raising writing which Beethoven employs.

Her half-pedalling and overall tonal control of the Steinway instrument was of the consummate variety, with hardly a blemish to be noted for the entirety of this notoriously challenging score. It should be remembered that the Viennese debut of the work was given by master pedagogue Carl Czerny in 1812. A favourite pupil of Beethoven himself and a legendary keyboard technician in his own right, he represented the ideal standards of perfection in his own era. Even two centuries later, no contemporary practitioner can afford to fall short of these lofty standards. Meanwhile, the viola section enjoyed a few moments of pinpoint neatness during their hushed build up to the grand 1st movement recapitulation, whilst the opening of the heavenly central adagio was played lovingly by an entire muted "string choir". 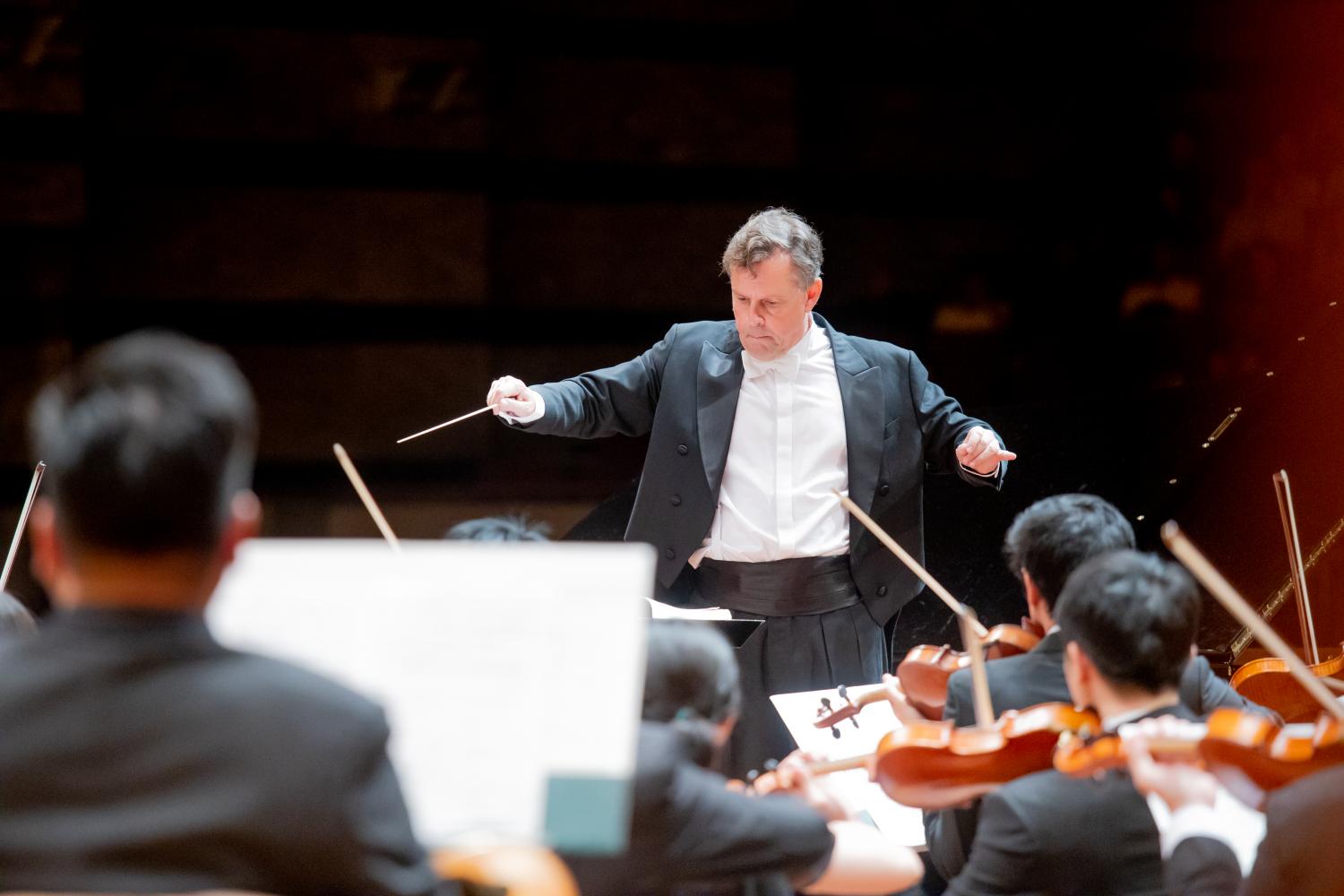 Beethoven is at his most playful in the finale, and it was pleasing to hear a consistently robust delivery of the insistent dotted-rhythm which bounces back and forth, with a sturdy sustaining of forte dynamics. Interpreters are often prone to over-phrase the ends of the block-like musical sentences in this movement. Awkward, angular offbeat syncopation for the strings in the final Rondo statement was convincingly negotiated (this moment often catches players off-guard), while the icing-on-the-cake was timpanist Paopun Amnatham's expertly controlled ritardando at the conclusion -- such coolheadedness did him professional credit of the highest order.

Russo is definitely one of the more impressive visiting concert pianists to have performed Beethoven with the RBSO over recent seasons, and both her genuinely warm personality and humble demeanour found quick favour with the sizeable TCC audience. For an encore she dazzled further with a note-perfect rendition of Khachaturian's Toccata, which positively fizzled with energy.

Similarly, humility is a trait commonly associated with the Austrian composer Bruckner. His unique and passionate artistic manifesto was sublimated into exceptionally expressive musical creations, mapped out over vistas of time which are truly Wagnerian in dimension. The finale alone lasts 23 minutes (the whole work is around 70 minutes), and the entire RBSO did commendable job purely in terms of raw stamina. Bruckner was given to a direct simplicity in melodic reasoning, all the more imposing for that, and his extended plaintive paragraphs often have the effect of long, drawn out confessionals. He was after all a devout Catholic!

Tilkin gave a thoroughly engaging account of this miraculous composition as the many gorgeous themes unfolded with a fulfilling inevitability. With the violas facing the first violins in the manner of some truly great central European orchestras, it was a revelation to hear this orchestra successfully emulate the German playing tradition of Ausmusizieren, whereby all notes are given their full weight and time.

Elsewhere in an ever-improving RBSO, Principal Horn Supreeti Ansvananda was brought to his feet at the end for another fine display. In fact, his whole section and all other sections must also be applauded for this huge step forward in repertoire.