A global meeting for music buffs

Inside the 45th International Council for Traditional Music, held recently in Bangkok

HRH Princess Maha Chakri Sirindhorn graciously presided over the opening ceremony, which featured a keynote address from Dr Jarernchai Chonpairot on molam music and a khon, or traditional masked dance, performance by dancers from the Department of Fine Arts, Ministry of Culture.

The opening welcome reception featured a molam band, All-Thidsa from Maha Sarakham, which has risen to fame as the house band of the Jim Thompson Molam Bus Project (the band recently completed its first overseas tour). The band's upbeat style was clearly hugely popular with ethnomusicologists, who danced away the evening in front of the stage. 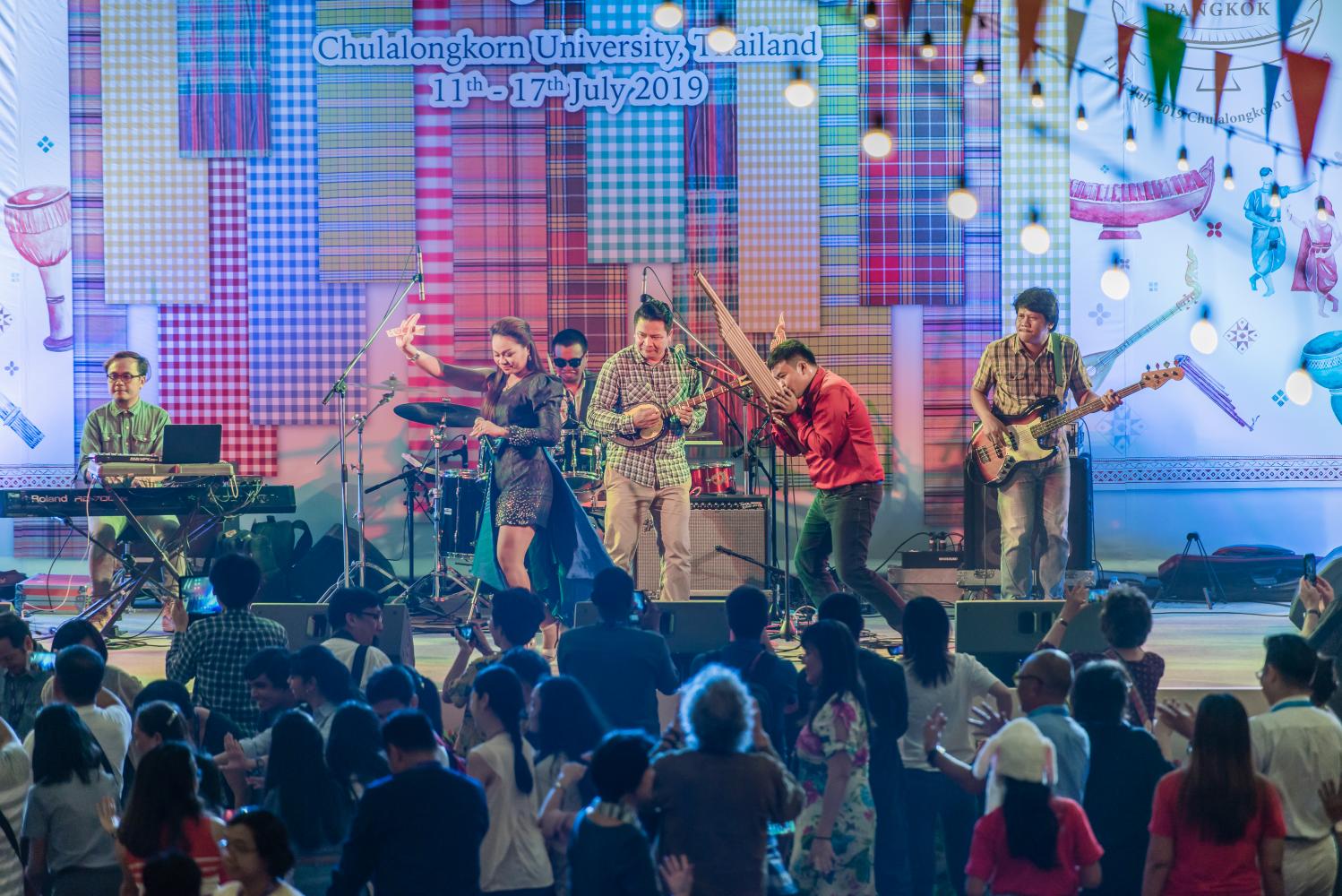 WorldBeat was present throughout the event, joining the more than 1,000 participants, including academics, dancers, musicians and even some journalists, at lectures, presentations, workshops (popular ones included Prof Jarenchai's khaen workshop, Prof Tran Quang Hai's spoon workshop and one on Zulu dance from South Africa), lunchtime and evening concerts.

The event brought back fond memories of my teaching days in the Faculty of Arts, way back in the 1980s when Chamlong Srimuang was Bangkok governor, many taxis and Chula classrooms had no air-conditioning and the BTS had yet to be built. It was during my time at the university that I discovered molam and pleng luk thung music. At the time, I got some of my scholarship students from Isan to translate the lyrics and was often asked by my Thai colleagues why I was listening to "folk music" when the Fine Arts department and classical dance were just next door to the Department of English Language and Literature. 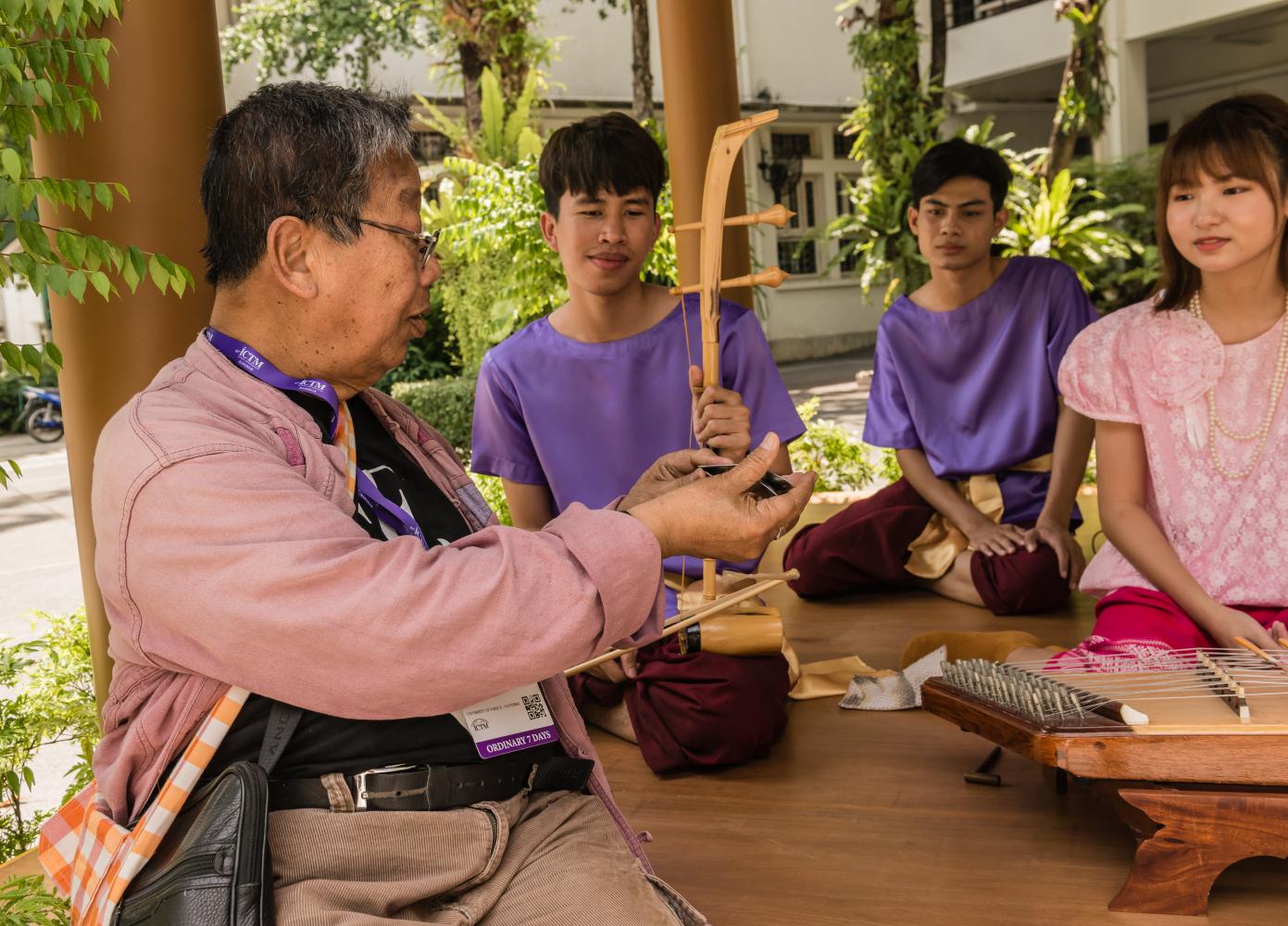 So, you can imagine my surprise when molam was not only performed for the welcome reception but also featured as the topic for the event's keynote address. I would never have thought that possible but as Prof Bussakorn Binson, Dean of the Faculty of Fine and Applied Arts, explained to me, things are opening up and it was time for a more open-minded approach to academic studies. I couldn't agree more.

The ICTM is held every two years and the organisers drew on more than 5,000 members across 129 countries. Obviously, with the event being held in Southeast Asia for the first time, studies on Asian music were a focal point for the event. I attended some fascinating presentations on Thai music -- the session moderated by Dr James Mitchell on the early years of the Thai recording industry and Jit Gavee's presentation on brass bands and early Thai cinema were informative and a lot of fun. Further sessions I enjoyed included all the ones on Indonesian music and Japanese minyo (folk). 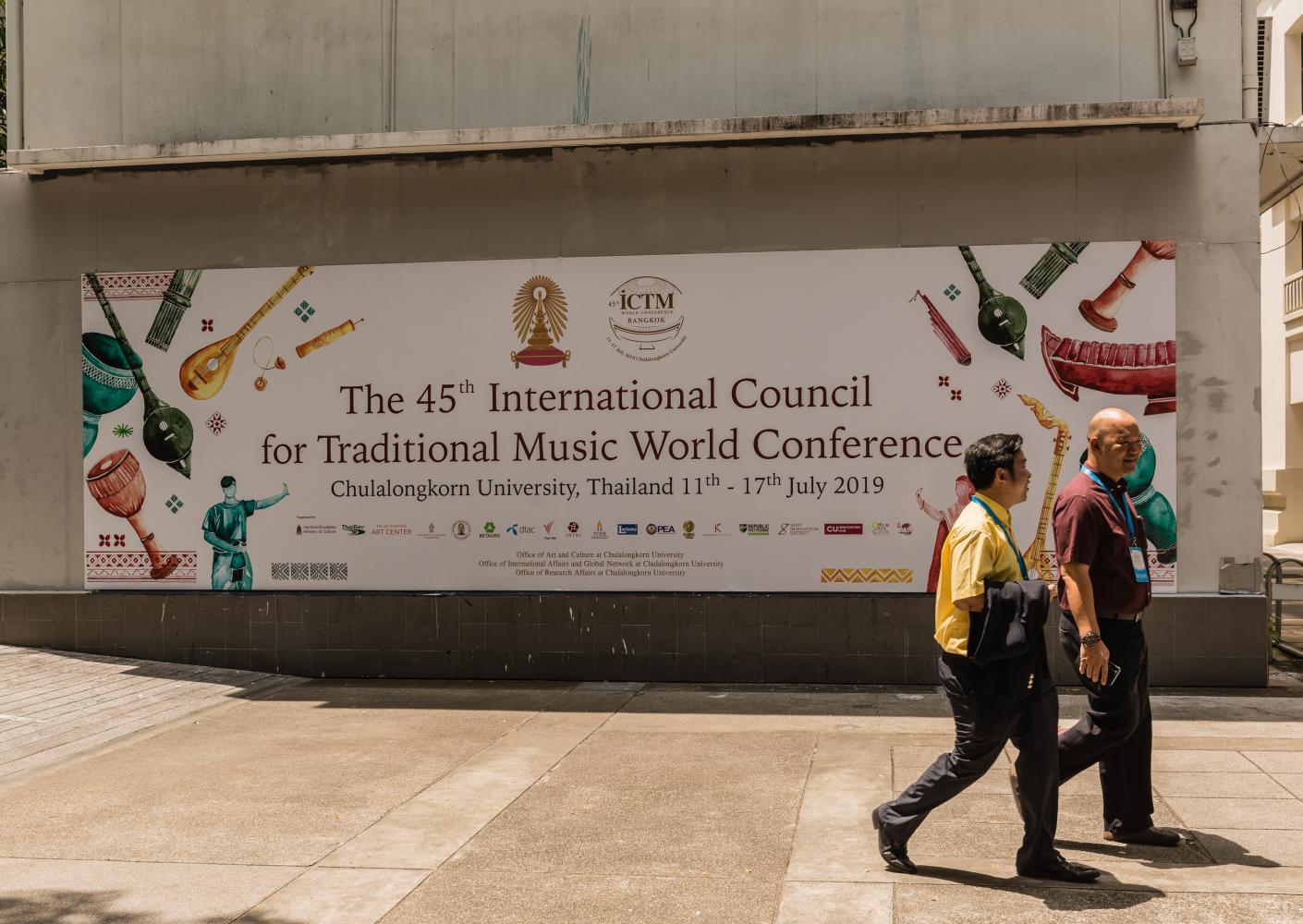 The ICTM's themes included transborder flows and movements; music, dance and sustainable development; the globalisation and localisation of ethnomusicology and ethnochoreology; music and dance as expressive communication; and new research.

The council offered the opportunity not just to participate in workshops and roundtable discussions, it was also a terrific venue for making important connections, and during the weeklong proceedings I was able to meet and talk to music experts from the Americas, Europe, Africa and Asia. For a humble hack, this was a rare treat.

And none more so than getting to know someone who appeared to be even more enthusiastic than I am about discovering new music: Paris-based multi-instrumentalist Prof Tran Quang Hai. I found him in front of the Fine Arts Building showing his mastery of a pair metal dessert spoons to bemused Thai classical music students who had been playing outside the building. We were amazed at the dexterity and skill he showed. I helped to translate what he was saying to the students who told me that they had never seen a human being produce such rhythms from a pair of spoons. I forgot to ask the professor what the technical term would be for these instruments -- metallophones? 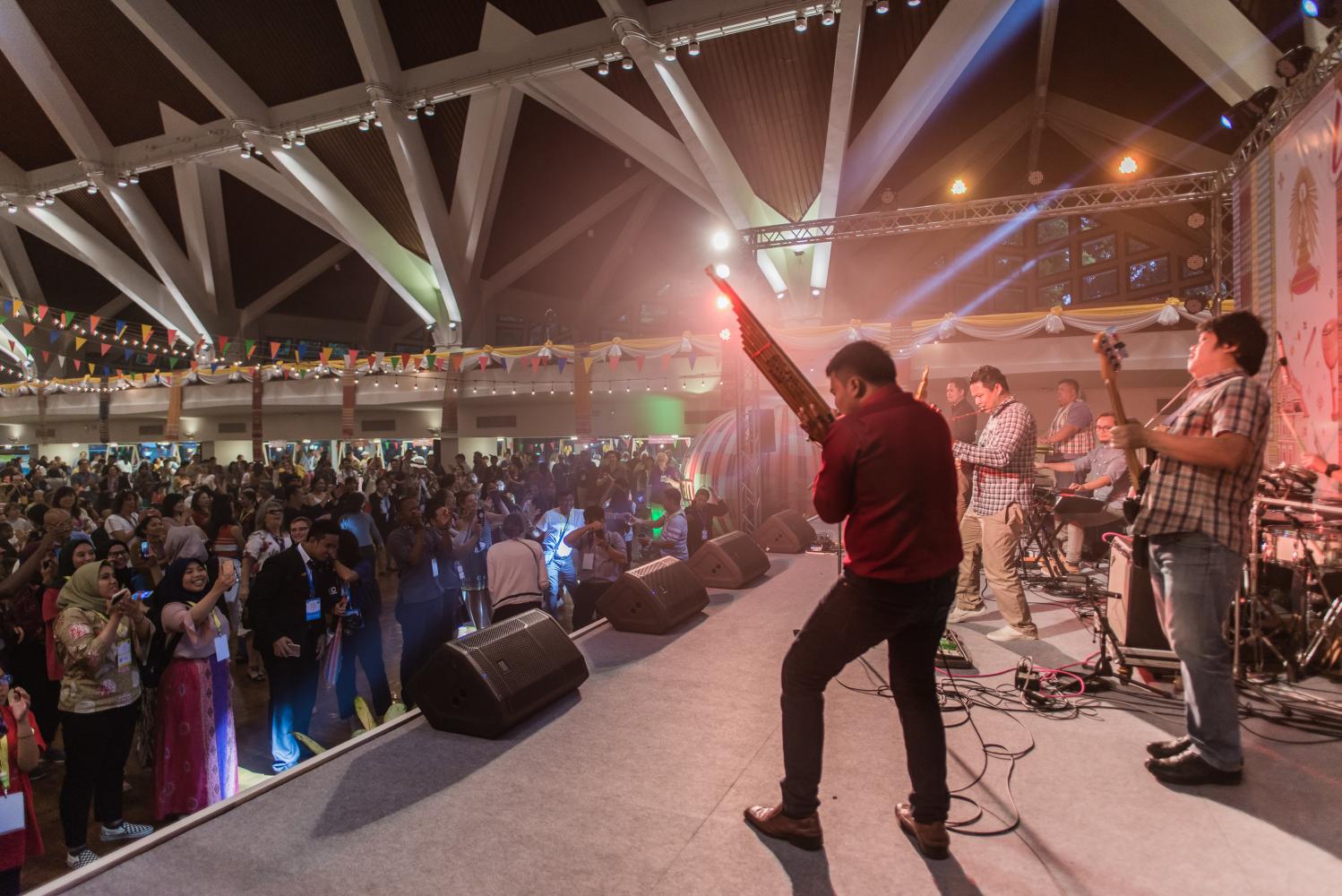 Prof Tran and I had several long conversations about the spoons; I told him that in the North of England spoon playing in workingmen's clubs and local pubs was popular a long time ago (with a bass drum provided by a metal tray bashing out time on the head) and that I can play some simple rhythms on one (my father, an accomplished pianist, can actually play them quite well). He urged me to become his student and learn online with him and it is certainly a temptation -- perhaps we could introduce the spoons to a molam band. Check out the professor on the internet and you'll see just how good he is.

You can find out more on the event on the event Facebook page 45th ICTM World Conference 2019 - Thailand and there is a recording of Prof Jarernchai's keynote address and the opening ceremony on the Thai PBS website. More information on the ICTM is at ictmusic.org.