A glow of satisfaction

In 2017, the world got to know singer-songwriter Mattiel Brown and her band (guitarist Jonah Swilley, bassist Travis Murphy and drummer Jordan Manley) for the first time. Collectively called Mattiel, the up-and-coming quartet made quite an impression with their self-titled debut -- so much so that they garnered an endorsement from Jack White. Since then, the hype surrounding the band has been nothing short of palpable. People are genuinely excited by Mattiel's sound, which takes cues from rock'n'roll legends like The Ramones, The Rolling Stones and The Velvet Underground, and garage/punk icons like Patti Smith and The Clash.

Now, as we're well into 2019, Mattiel returns with its long-awaited follow-up, Satis Factory. Billed as "a true rock'n'roll record", the 12-track collection struts into the genre with a confidence that surpasses that of its predecessor. Naturally, it opens with the Western rock swagger of the auspiciously titled Til The Moment Of Death. "Step down, pull to the left/ Don't forget to give it your best/ Hold on, let me catch my breath/ Took too long til the moment of death," Brown sings over a dusty instrumentation, in vocal phrasing that recalls punk grand dame Patti Smith.

The rollicking Rescue You keeps the momentum going with one of the most memorable opening lines on the album: "Well, I was born imperfect, but I got a lot of self-respect/ Not much pain that I care to resurrect." This is promptly followed by lead cut Je Ne Me Connais Pas, a satisfying kiss-off to toxic masculinity ("Not my rodeo, not my Michelangelo/ You can keep your liquor and keep your tobacco"), and Food For Thought, a bass-driven, half-sung, half-spoken number that will appeal to fans of Australian singer-songwriter Courtney Barnett.

The album's centrepiece, Millionaire, details Brown's journey of self-discovery with the wordplay that also titles the record ("Did you expect a guarantee?/ Workin' in that satis factory"). Elsewhere, Mattiel steps beyond the rock'n'roll territory, swinging over to the country side of the fence (Blisters) and back to 60s punk à la Patti Smith (Berlin Weekend) before embodying the funky art-rock of The Yeah Yeah Yeahs (Heck Fire).

Quotable lyrics: "But don't you forget, it wasn't God who built me/ I need to submit it all for peer review/ Need more of my materials misconstrued" (Rescue You).

The verdict: Mattiel's impressive take on rock'n'roll and staggering musical range make Satis Factory easily one of the most exciting albums of 2019. The hype is well and truly justified.

Listen to this: Til The Moment Of Death, Rescue You, Je Ne Me Connais Pas, Millionaire, Heck Fire.

Before we get the full taste of Iggy Pop's upcoming 18th studio album, Free, next month, the punk icon continues to whet our appetite with James Bond, the second cut following the title track released last month. Featuring a crawling bassline and glorious trumpet supplied by renowned jazz musician Leron Thomas, the playful jam brings to mind Jonathan Richman's lighthearted, irreverent flair. "She wants to be your James Bond/ Well, it's not for a price and it's not to be nice/ She wants to be your James Bond," he sings alongside guest vocalist Faith Vern from Manchester band PINS. The song's infectiousness is right up there with Lust For Life and The Passenger, albeit with just the right amount of noir of Nightclubbing. 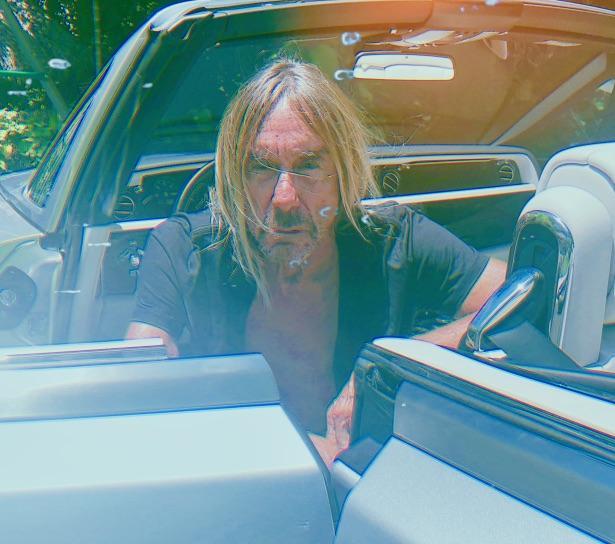 On Kids In '99, Death Cab For Cutie pays tribute to the three boys who died in 1999 when a gas pipeline exploded in their hometown of Bellingham, Washington. Lifted from their forthcoming The Blue EP, the track finds frontman Ben Gibbard recalling the scene of disaster in precise detail ("The gas leaking in the creek/ A firecracker, then a spark … Our house shaken by the blast/ Black smoke billowing off the landscape … With choppers hovering like vultures above a meal"). Coupled with a stoic, almost militaristic drumbeat and classic DCFC guitar lines, the chorus drives home the tragic loss with one simple, repeated word: "Gone, gone." 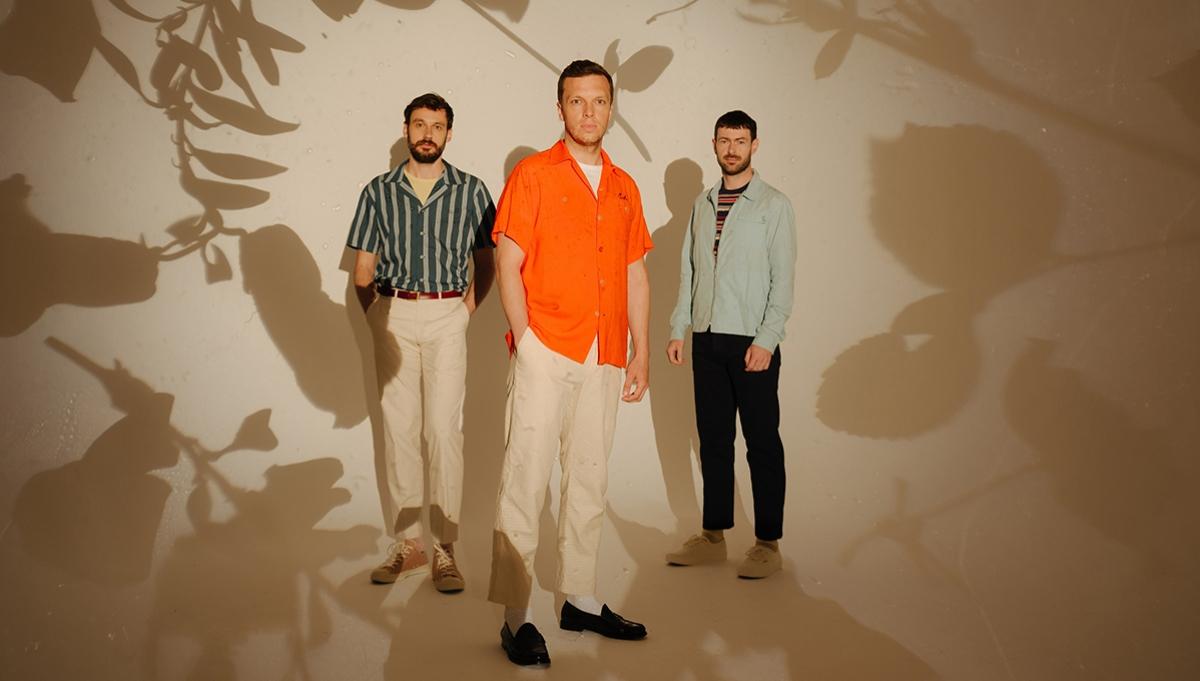 UK trio Friendly Fires has been teasing Inflorescent, their long-awaited follow-up to 2011's Pala, for more than a year now and the day has finally arrived when the actual album gets to see the light of day. Together with the release, we're treated to its fifth single, Run The Wildflowers, and you can bet that it's as danceable as most of the stuff they stick their name to. Set to minor-key synths and tropical percussions, the track hearkens back to the group's previous singles, like the surging Hawaiian Air and the Disclosure-produced Heaven Let Me In with frontman Ed MacFarlane singing about living life on the edge and stepping into the unknown ("A place that we can't find/ Can still be a place that we design/ If we reconnect the wires/ Dive into the dream behind our eyes").

New York-based singer-songwriter and producer Clairo (Claire Cottrill) rose to fame back in 2017, thanks largely to the strength of her endearingly DIY single Pretty Girl, which went viral on YouTube. Fast-forward to a few years later, the 20-year-old pop upstart has secured a record deal with Fader Label, on which she's just released her debut LP Immunity. The latest cut, Softly, is dedicated to young romance and delivered with a tinge of studio sheen you'd expect from an established imprint. However, for the most part, it still sounds like it's been made right in her bedroom. Think lovestruck Lykke Li combined with Frankie Cosmos. 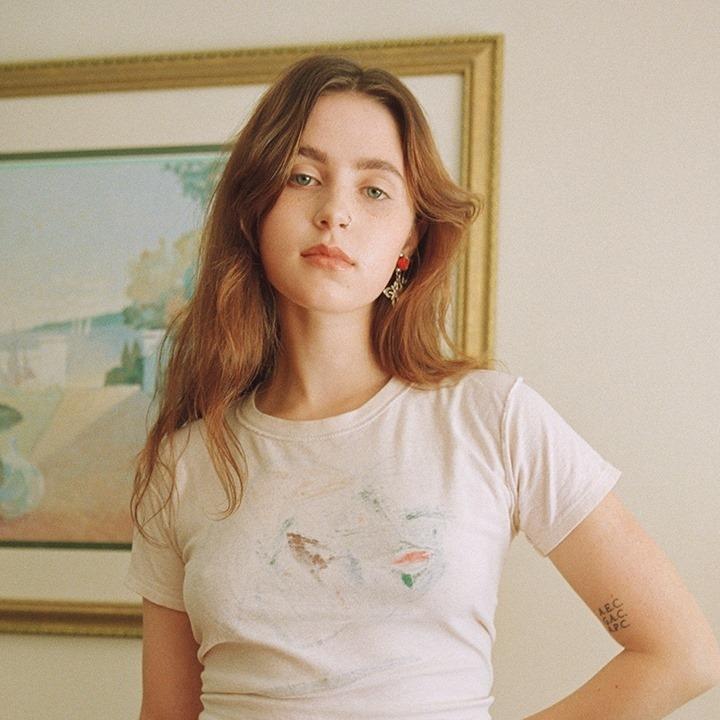 Twelve years in the making, Noi Pru's debut solo album Nee Lae Cheewit (C'est La Vie) has finally been unveiled. Here, the Thai-American singer-songwriter shares with us the title track, a stirring ballad originally made 15 years ago when his band Pru was splitting up. Its current version comes fully equipped with a string-quartet arrangement, plus gorgeously written Thai lyrics courtesy of veteran songwriter Trai Bhumiratna, who's turned Noi's trials and tribulations into an empowering anthem about accepting whatever life throws at you.