Troubles aren't so far away

Yesterday is an enjoyable, bittersweet romcom

Troubles aren't too far away in Yesterday, a new romcom celebrating music legend The Beatles now showing in cinemas.

After struggling musician Jack Malick (Himesh Patel) gets into an accident during a global power outage, he wakes up in a world where no one else knows The Beatles but him. Jack begins playing their songs for his friends and at different gigs, soon passing those tunes off as his own. He gets noticed by Ed Sheeran (playing himself) who brings him along on a worldwide tour that sees Jack rising as the world's top singer-songwriter. But his growing fame puts distance between him and his childhood friend Ellie (Lily James).

Set in alternative reality, the film follows the man and his newfound, miraculous shot at stardom that brings him far from home, crossing the ocean to pursue his career. At the same time, it plays with his internal struggle and guilt that he is taking credit for other people's songs.

A little bit of fantasy. A little more on romance. While the film was generally pleasing, I feel it only touches on the surface of this new world it conjured. It could really go deeper and push further into this premise of Earth without The Beatles.

Written by the godfather of Brit romcom Richard Curtis (Four Weddings And A Funeral, Notting Hill, Bridget Jones' Diary, Love Actually, the list goes on), Yesterday promised to be a nice addition to the line-up. Though as far as romance goes and how the story progresses, I was slightly reminded of Notting Hill, I don't see this film on par with the classics just yet.

On top of Curtis' writing is the flair of director Danny Boyle (Trainspotting and Slumdog Millionaire). We don't really see him much in the realm of romcom, if ever. It's definitely a change from the black comedy, drama and thriller that seem to be more of his forte.

When it comes to music, Patel plays guitar and piano, covering hits like Let It Be, Yesterday and various other Beatles songs. It's the music that transforms a man and the world. And it's a man who brings the music to life in a world where no one has ever heard of it. And we also get a few new tracks by the scene-stealing Sheeran. 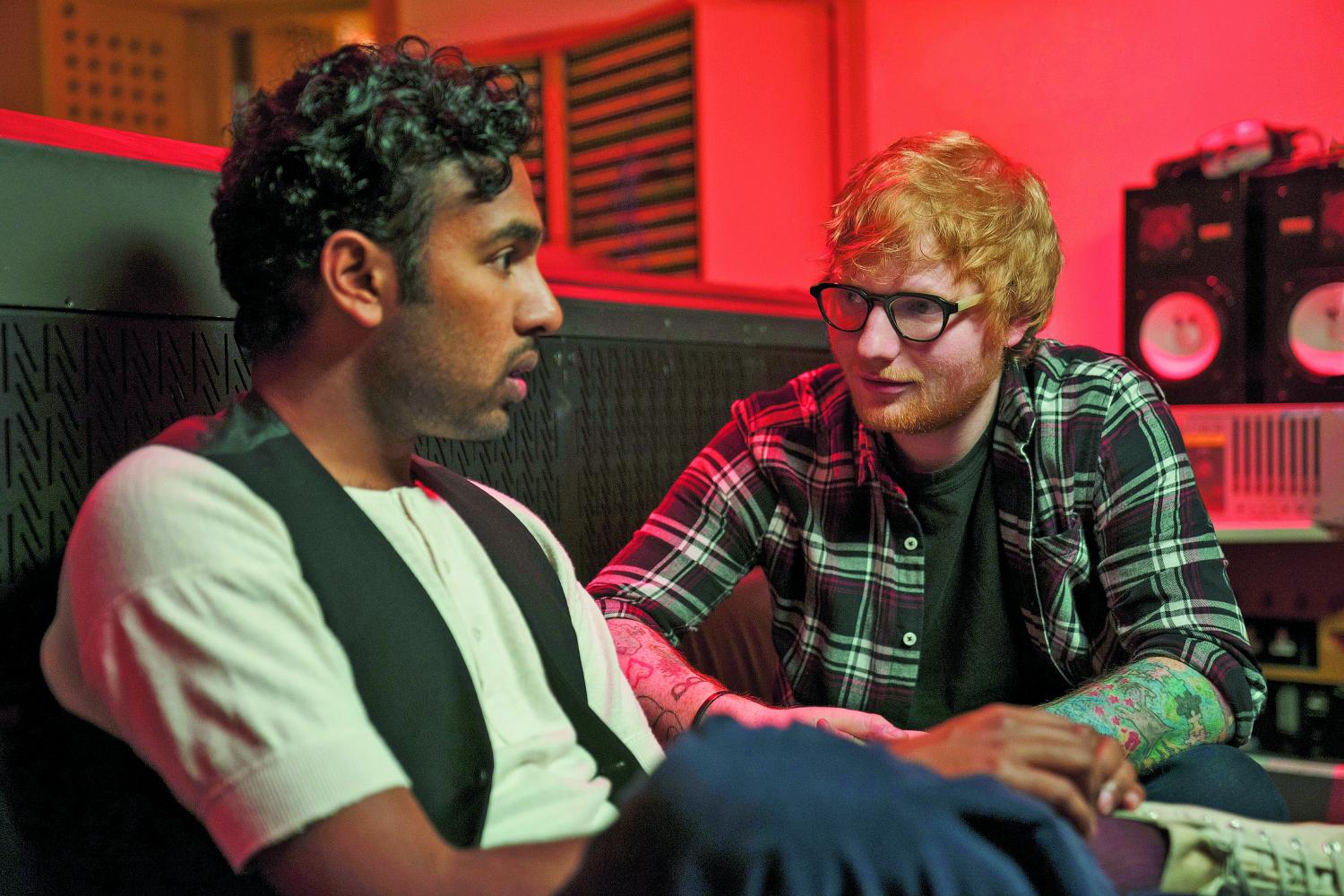 Patel, playing a musician who finds his world upside down, is quite likeable but perhaps also a little bland. He sings all the songs himself, on top of playing instruments. Nice voice. But he is short of a certain charm that would make Jack's character more sympathetic as he rises and spirals down the road of music and lies. The life and soul of the film is James, who previously shone in Mamma Mia! Here We Go Again. As the sweet, small-town schoolteacher and the eventual love interest of Patel's character, James radiates in every scene she's in. It was a joy to watch her performance as the solid companion who has unshakeable faith in Jack's talent.

Another one not to miss is Sheeran, who brings dry humour to this fictionalised version of himself. It's a clash of different generations of British music, and how songs and the industry have changed over the years. It's also quite a clever move to have him in the film to draw younger audiences who may not have experienced the time when the band was at its peak.

While you don't exactly need to be a diehard fan of The Beatles to enjoy the film, it's better if you're at least aware of the band, its members, their history and some of the music, or the gravity and impact of the unexpected words of wisdom towards the end will just pass over your head.