The art of fighting

Ancient Japanese warriors live and relive in front of people's eyes in films like The Twilight Samurai, The Last Samurai, 47 Ronin or even a more modern interpretation like Kill Bill. But even for the Japanese, it is a rare chance to see the elements of samurai pride off the screen. 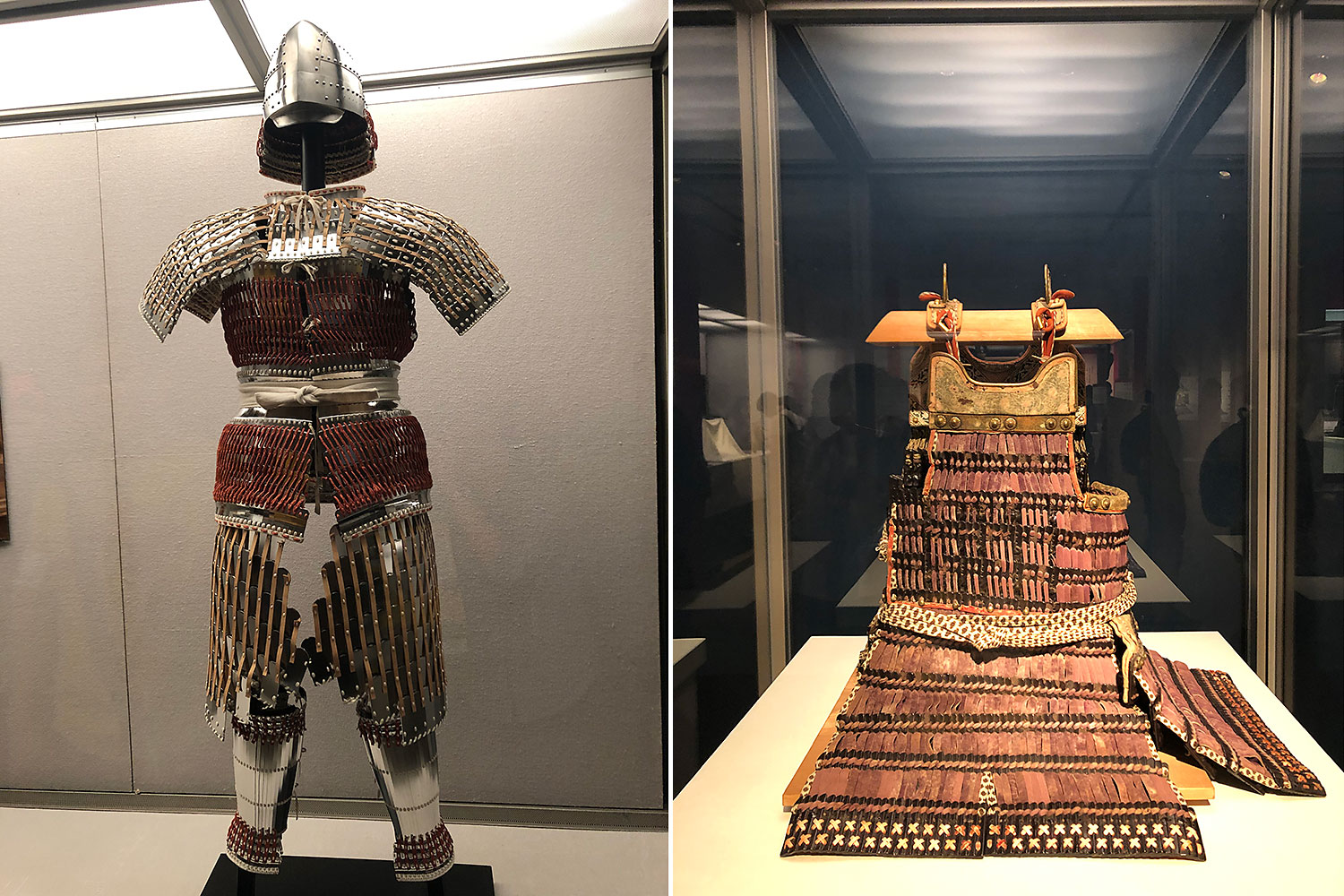 From left: The exhibition features battle dress dating back to the 11th century; Thirteenth-century armour braided with purple leather thongs.

To highlight the spirit of Japanese artistry through samurai fighting equipment, the Fukuoka City Museum has put together armed jackets, swords and helmets in a temporary exhibition entitled "The Exhibition Of Samurai", which is now on view until Nov 4.

While samurai are somehow associated with wars, these warriors also embody the great glory of Japan. According to museum curator Hideo Takayama, this special collection of samurai swords and armour represents the dignity of Japan, which carries aesthetic value and craftsmanship.

"Armed jackets are not just battle tools. They are also art," said Takayama.

Also known as mononofu warriors, samurai reportedly came into power during the Heian period, or around 794-1185 AD. While this historical moment saw a number of flourishing developments in terms of Japanese art, culture and literature, in the world of samurai, they gained so much military power they took control of the imperial family, who lost their administrative authority to these ancient fighters. 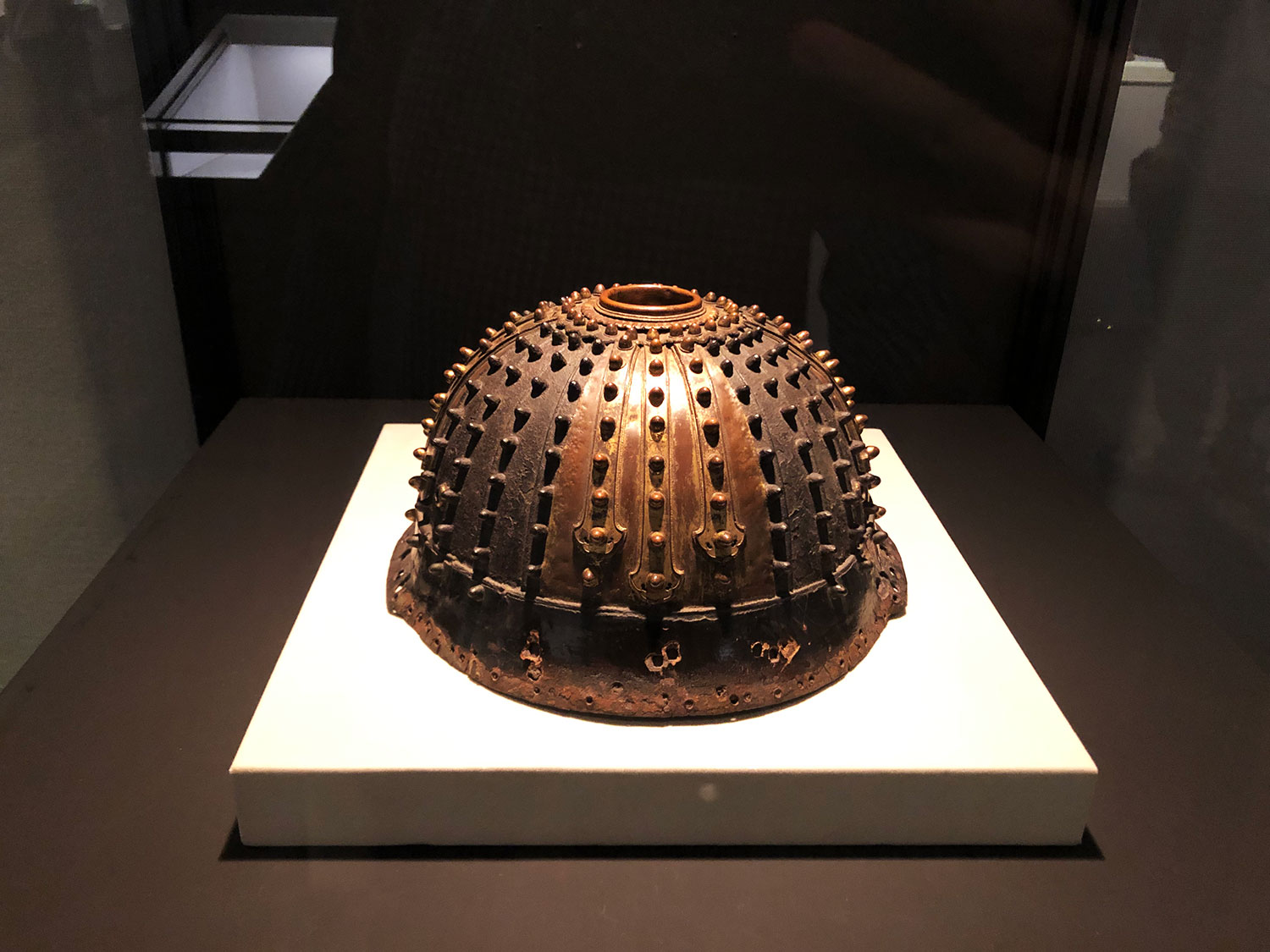 A helmet made with 24 iron plates from the 13th century.

But samurai made a great contribution to the country too. Take Fukuoka, for example. Between 1274 to 1281, the region was in warfare as the Mongols led by Kublai Khan tried to invade the country. During those turbulent years, samurai fought and protected Japan from foreign invasion. They stayed at monasteries -- built by feudal lords -- which were situated along the coast during wartime so that enemies could be spotted and gotten rid of. Thanks to the courage of samurai warriors, the Mongol invasion eventually failed.

Putting the war stories aside, the exhibition features 147 displays of ancient swords, armed jackets and helmets which date back to the 11th up to the 17th century. Each stunning exhibit is accompanied by a wall text detailing how it evolved during Japan's turbulent times. 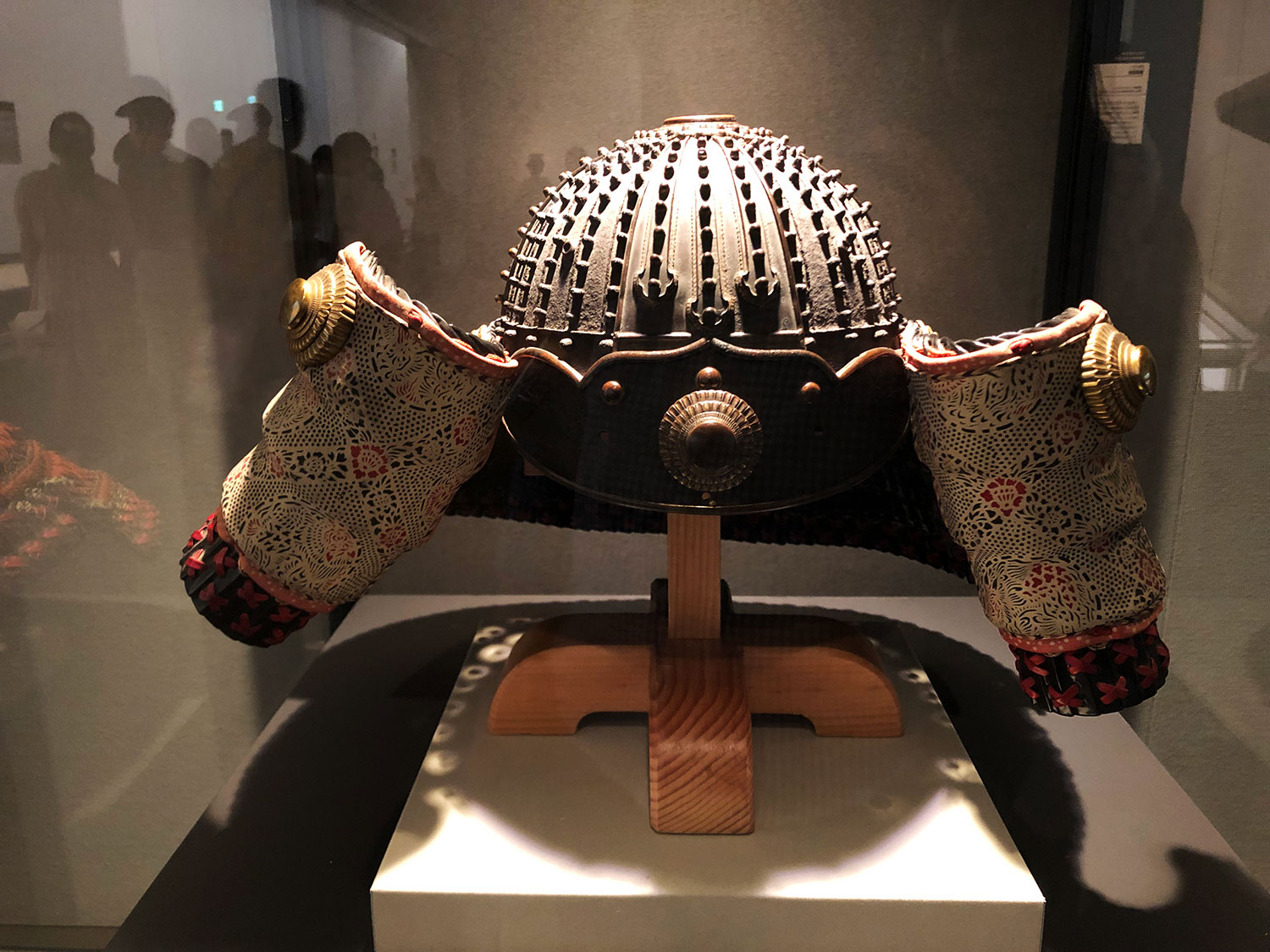 A Hoshi-type rivet helmet from the 13th century, made with 28 iron plates. 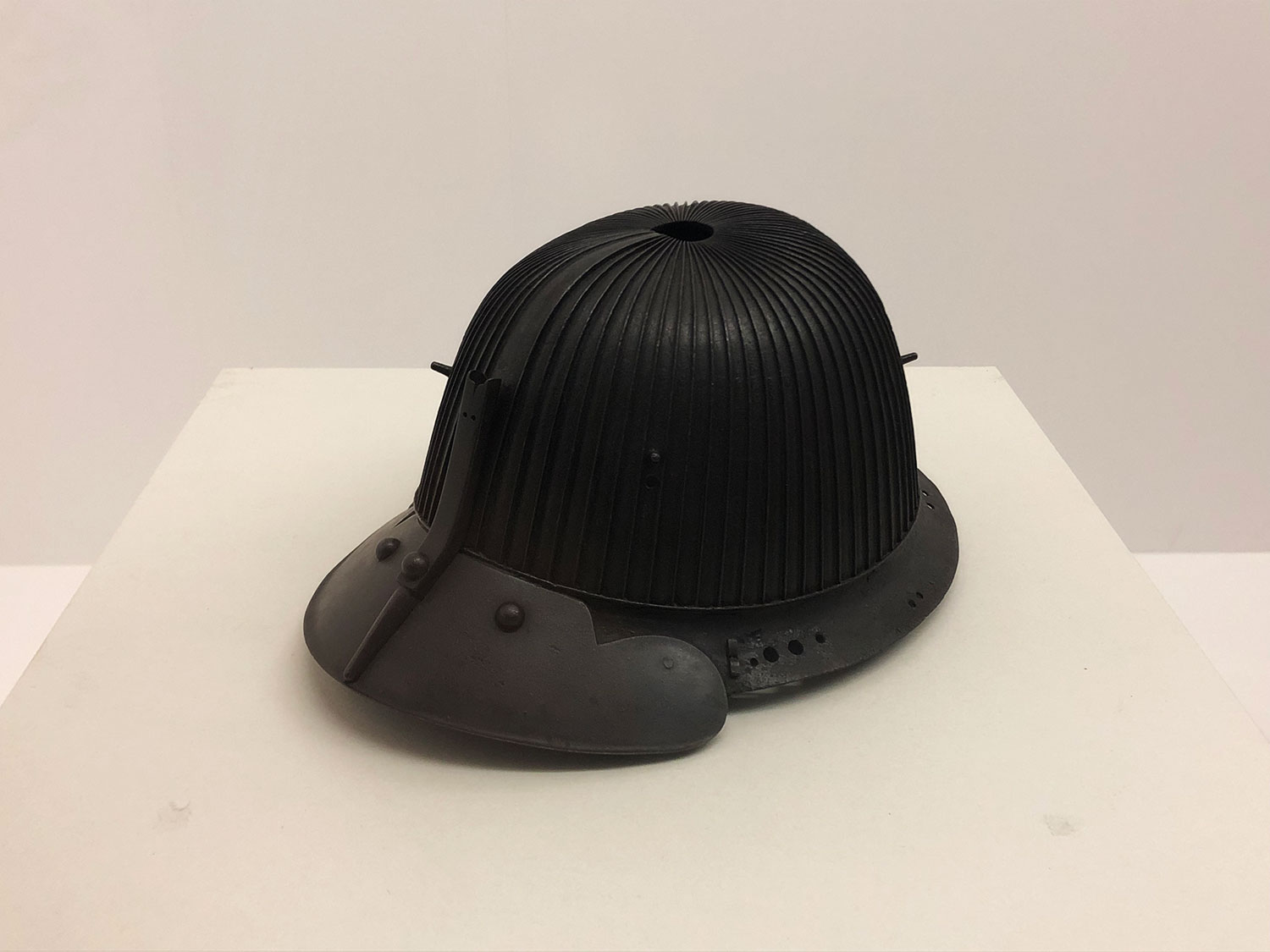 A 16th-century Suji-type helmet made of 72 iron plates.

According to Takayama, from the 11th-17th centuries, the Land of the Rising Sun saw a great change in the way samurai fought. From the 11th century until the beginning of the 12th century, samurai rode on horseback, using arrows and bows as the main way of fighting. After that, samurai stepped down from horses and started fighting with swords.

"As the way of fighting changed dramatically, the swords, armed jackets and helmets also changed," explained the museum curator. Later samurai were divided into groups and fought each other. Then they started using guns.

"During the period that bows and arrows were used, it was necessary that helmets were made thick and heavy. After swords came into play, armed jackets and helmets became much thinner and lighter, so samurai could move more easily."

It is paramount for visitors to understand, said the curator, that traditional Japanese weaponry was not viewed merely as battle equipment for slaughtering. Each armed jacket, helmet or sword represents high-quality, ancient art and craftsmanship as well as the use of masterful skills refined over years.

Of the 147 exhibits, 60 are treasured swords, with the oldest dating to the 6th century. Many others on display are officially recognised as National Treasures and Important Cultural Property. From left: Armour from the 14th century laced with blue threads; A helmet with outsized ornamentation from the 16th century.

What's worth taking note of about this exhibition is the remarkably extensive collection of samurai jackets and how they were manually made. If visitors look closely, they will see that this armour was created with extremely elaborate skills that can hardly be seen elsewhere. With pieces of sophisticated embroidery and lacing, exhibition-goers might almost forget that these armed jackets were actually worn to the battlefields, where many thousands of lives were taken.

As with the portrayal of samurai warriors by the entertainment industry, especially in films, samurai have been increasingly recognised the world over. People's rising interest in Japanese culture and traditional weapons have given samurai battle tools more attention from the global public in recent years.

"Armed jackets, swords and helmets on display are a reflection of the spirit of samurai," Takayama concluded. "These items showcase the art form in each era, and at the same time are symbols of revered Japanese culture."