The continuing adventures of Doraemon

After taking over countless imaginary lands and even Antarctica, the latest Doraemon movie now transports its audiences among the stars, all the way to the Moon.

For someone who grew up with this Japanese cartoon, it was a trip down memory lane watching the world's favourite blue robot cat and friends going on yet another adventure. The timeless tale of friendship and of never-ending childhood curiosity and limitless imagination felt very familiar. The story of Doraemon: Nobita's Chronicle Of The Moon Exploration progresses in quite a similar fashion as previous Doraemon movies. It's practically a format.

One day, as news of a strange finding on the Moon is reported, the crybaby Nobita -- who believes wholeheartedly there are rabbits living on the Moon -- comes running to Doraemon for help. And so with the aid of hi-tech gadgets from Doraemon's pouch, the two manage to create a land on the Moon where rabbits live and make rice cake, according to the Japanese folk tale. Around the same time, a mysterious new student named Luka transfers to Nobita's class.

Soon, the entire gang -- made up also of Nobita's friends like Shizuka, Gian and Suneo -- finds itself exploring the newfound colony and encounters new friends from another star. Dark shadows also lurk in the corner, posing threats to the gang.

Despite all the many worlds Doraemon and friends have been transported to in particular stories, at the very heart they revolve around the theme of friendship, teamwork, and a bond that transcends species, planets and time. It's the power of imagination and dreams that never fade.

The last Doraemon movie I watched was Stand By Me Doraemon in 2014 (which doesn't really count as normal Doraemon anime, due to its different style and direction), and before that were old ones made in the 80s and 90s. With that said, I totally missed out on the plethora of 2000s movies.

Seeing this movie as an adult, there were times I felt as though I was getting too old for it. Of course, there's no doubt at all that the movie is a perfect choice for kids' movie night. 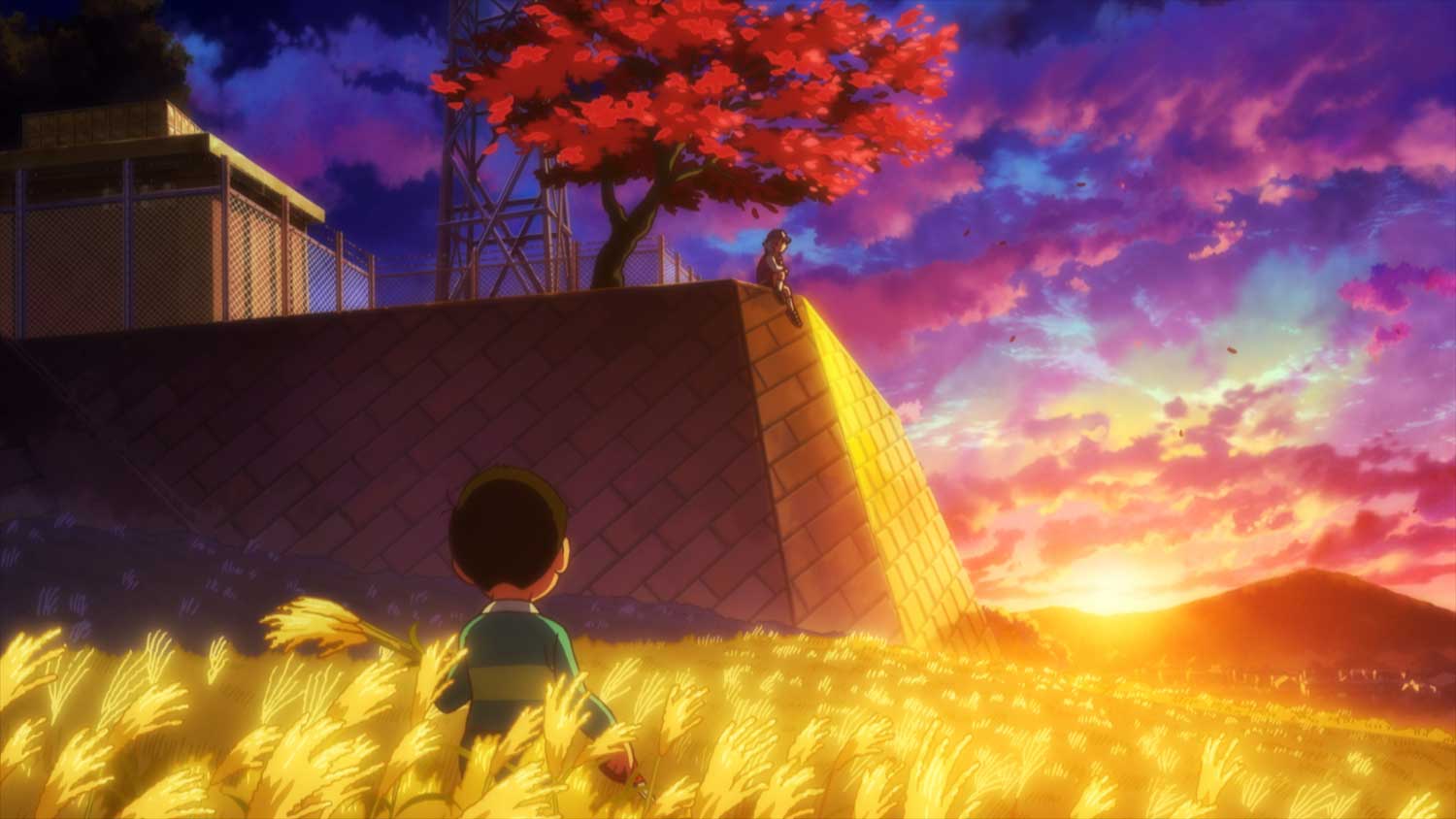 The sight of bouncing pink rabbits in a colourful animated world, mixed with a simple story of fun adventure and exploration, the film is easily a hit for many young viewers. The animation is beautiful. I like the theme song The Gift by Dai Hirai.

The original voice cast of the Thai dubbed version also worked their magic splendidly to lend these iconic characters their equally iconic voices that Thai cartoon fans have known and loved for years.

While the movie offers a pleasant viewing experience (it was quite long, too, at almost two hours' running time), it was clearly made with current young fans in mind.

Maybe I'm getting too used to animation -- and a lot of stories many deem a cartoon -- that carries more depth and meaning in its storytelling. Maybe I haven't watched Doraemon for so long that I was a little surprised how it stays largely the same through all these years, while futilely expecting to see more changes.

So far, there have been around 40 Doraemon movies since the 80s. After so many films, perhaps there are certain elements that are bound to be overused. Some could be getting repetitive. Next year, there will reportedly be a new film to celebrate 50 years of the Doraemon franchise. And it will be interesting to see what direction it will follow, though there's no doubt Doraemon will continue to charm kids for many generations to come.